Marcus Moresby, partner at Found Studio, commented on his interest in experiential and on creating immersive experiences with animation during a talk at Flux London yesterday (17 June).

"This [experiential] is an area that interests me most in the company," said Moresby. "It is about using the same techniques but you can place what you produce anywhere."

He believes experiential and immersive experiences also offer something new. "Screens are getting quite boring now, everything is filled with things that move," he explained.

"How can we find ways to grab people’s attention and stand out from the crowd?" 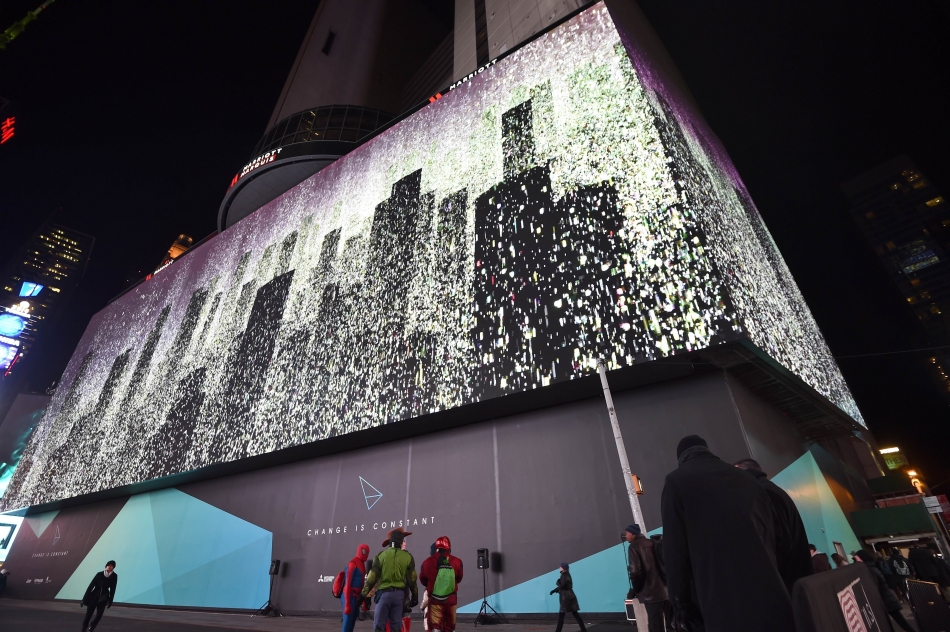 Referencing a project by design studio Universal Everything, Moresby explained large-scale projects tend to stand out from the crowd.

The Sheffield-based company created a series of immersive films to promote the launch of the world's largest digital billboard, which covered an entire block in New York’s Time Square.

The films sought to showcase the capacity of the large screens as they took passers-by on a journey through technological advances as well as the New York landscape.

The Labrinth - Let It Be projection

He also spoke of Found Studio’s production of the Labrinth - Let It Be projection, where the team projection mapped the music video onto Glasgow's Council Chambers in the lead up to the MTV Europe Music Awards in Glasgow last year.

They used the architecture of the building to communicate the idea that the Labrinth was the master conductor of the 3D light show.

Morseby explained the importance of ‘the sweet spot’ in such projects. "Consider where the audience is placed in relation to the building to create an optical illusion.

"The animation can look strange if it is not aligned with the audience," he said.

Moresby also discussed his work with retailer Footlocker on its Triple Black Collection Challenge, where people could win a pair of shoes from the company's curated Back to Black collection, which features black trainers from a selection of top brands.

A maze comprised of a series of different rooms was created for participants, and they were required to locate the shoes in complete darkness.

"It would play on people's fears and was pretty much all in the dark – a light was flashed in their face at the start so they couldn’t see a thing," he said.

"There was a room filled with balloons, and another had prosthetic legs. The goal was to create a viral film."

A total of 10 people participated in the challenge, and the video received 1.5 million views on YouTube.

Moresby said he has learned a project is effective when "there is a memorable moment in there, something that has captured the user's attention or that triggers some sort of emotion."

Moresby spoke at Flux London, a division of Engage Works, as part of London Technology Week, which takes place until Sunday (21 June).