Ahead of Monday's launch of London Live, we hear from some of the key people behind the cameras. 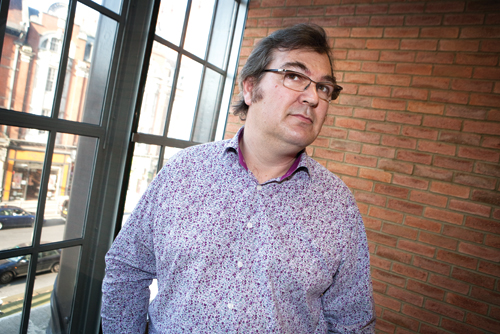 In May 2013, we bought our first camera – we didn’t even have a TV set. Ten months later, we have a TV station. Television's a very, very complex business - more than I was expecting – in terms of the production and the technology that sits behind it.

We have launched a full television channel – which is very different to launching another channel. We spent £100,000 just on electricity supply, to make sure you've got an uninterruptable supply.

We’re very lucky to have Bryn Balcombe in charge of our technology. He’s ex-Formula 1 and has been key to exploring how we can approach the setup as quickly and as efficiently as possible.

Among the biggest challenges has been the outmoded Broadcasting Code. We are launching a channel that wants to speak to 16- to 34-year-olds in a young, bright and interesting way – but the way we talk to them has to be controlled and packaged by the code. You have media like Vice creating a great audience by being really different, because they have no regulatory framework. It has been frustrating, but we’re pushing hard.

How will we know if it’s successful? It's going to be fascinating. I did the business plan. The Department of Culture said local television should deliver between 3 and 4% of local viewing, which in London is Channel 5 territory – just no way that is going to happen.

We received some really good advice and guidance from Phil Georgiadis (chairman of Walker Media and the Evening Standard’s agency). We all dream of being a 1%channel – it's not going to happen from day one, but we want to be registering on the ratings list, that's for sure.

It is a big business to get going, but it’s not the sizeable investment it would have been even 10 years ago. If you are going to go chasing the pounds from the media buying agencies then you need to have a great product. The EPG positions we have is like having a well located shop – if you're in-between Selfridges and Harrods it’s a good starting point. 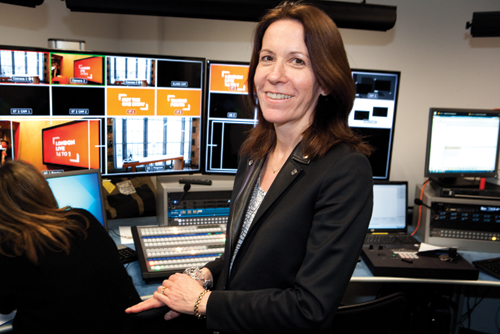 We have cherry-picked commissions like 'Misfits' and 'Peep Show', but we’re also able to give other Londoners a chance. Post-11pm – our raw strand – is all about newcomers to television. They’re characters we’re bringing to the screen that people will love, from the F2 freestyle football boys to 'Food Junkies', made by Jamie Oliver’s Fresh One.

I think trying to launch a TV station from scratch in a place that's never done TV, in less than a year, is verging on madness – but that's the pace things are done in this place and that's the attraction as well. People do want to do the seemingly impossible and make it into something. The recent history with the i and ES going free and being a success is to roll with things.

It will be an iterative approach. Tell us what you want, we'll keep moving with it. We have lots more to roll out post-launch. London Live should feel like you're walking out onto the streets of London. The personality of London changes on different streets – at its best, London is just an assault on your senses.

One of the things our audience research told us is that people come to London to be successful. They are proud to be in London, they think they know something people outside London don’t know. We hope to replicate this feeling on London Live by offering trends in talent and places.

We will not get everything right at launch, but this is not going to be something cheap on the side. We have quality news brands and we will replicate that quality. 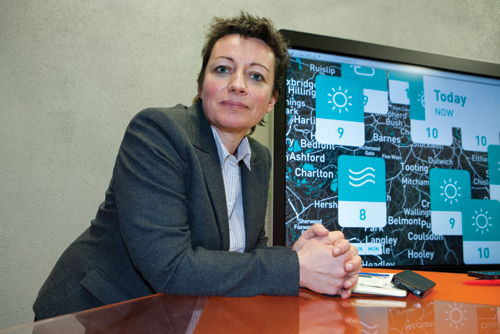 There are three things that we can bring in terms of our news and current affairs. One is a very fresh approach. By fresh I mean real – a real conversational approach to our news. I don't think you get that anywhere else – and I've spent 20 odd years at Sky and BBC. A lot of it will come down to our news gathering.

I am committed to, and passionate about, using video journalists. It's not to cut corners – it brings a real authenticity to story-telling. So the first thing is it's a very distinctive sound and approach in terms of how we tell our stories. Two is our look – in terms of the DSL look – a very filmic look, it will really make a difference.

Third thing is the interactivity, and having that really baked into our DNA. That needs to drive our editorial, it's got to. We've got to listen to our audience, we need to get those stories in. That's where we'll get the real content and human interest.

We are being labelled with the "local" tag but I think it's very hard to apply a local label when you're talking about London. 'Hyper-local' yes, in terms of what we're planning to do, we can serve that market really well. London Live has been actively seeking London Eyes – that's vloggers (video bloggers) who want to film, share and upload short films on what they are passionate about in their local community.

We can really drill down into communities, and get that real two-way conversation. If there's a huge story in London, we will look to bust out of schedule and sit on that as a live event – and don’t believe you can have a news service in London and not do that. But the bar on that will be set quite high.

We have a very respectable budget and team size in numbers, but we don't have endless resource – we're not a 24-hour news channel. We will of course reflect what is going on globally and outside London, but we will not major on it. I think people will be surprised by the quality and by the look. We are targeting a younger audience – 16 to 34 demographic, but not at the exclusion of 34 upwards.

London Live chief executive: 'We can't keep propping it up'

It is still possible to breathe life into London Live

Why innovations in online video dictate a new approach to TV

London Live to open up ad opportunities for long-form content