Despite mounting political campaigns in the lead up to the Midterm Elections, advertising spend in broadcast declines while growth in radio remains flat and digital broadcast increases heavily, according to Matrix Solution's mid-year report.

The U.S. endured a .35 percent year-over-year contraction across broadcast, digital broadcast and radio platforms in Q2, according to a new report.

This figure comes despite the emergence of political advertising spend in primary Democrat and Republican elections, which has seen a 264 percent growth rate. When excluding political ad spend from the findings, broadcast, digital broadcast and radio saw an overall 4.90 percent contraction compared to this time last year.

The findings, from Matrix Solutions’ 2018 Midyear Ad Spend Report, are the latest comprehensive update on the state of the advertising spend ecosystem. It derived from the activity of more than 10,000 active users within media ad sales teams from January 2018 to June 2018.

"According to our data, overall ad spend throughout the year, to date, has remained relatively flat when including the buoyancy that always comes from political campaigns, and without there’s a clear contraction," said Mark Gorman, CEO at Matrix Solutions.

"It’s a trend that’s continued from the findings of our 2017 Ad Spend Report, which means for these traditional platforms, they need to better arm themselves to grab a larger slice of the overall advertising spend pie to remain competitive. The advertising industry is in constant flux, and understanding these trends can help media ad sales teams better anticipate how brands are investing in traditional media platforms to inform their own strategies and priorities." 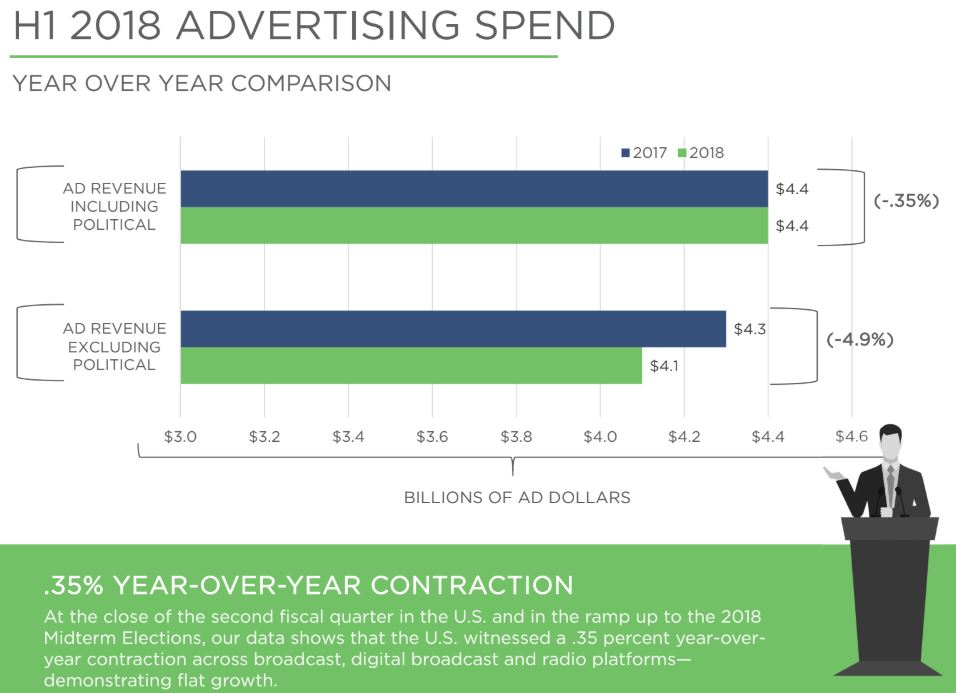 Radio
Radio’s growth is flat in comparison to last year, with a slight contraction of .38 percent when excluding political ad spend. When factoring political, that figure slightly jumps but growth remains flat at .06 percent. 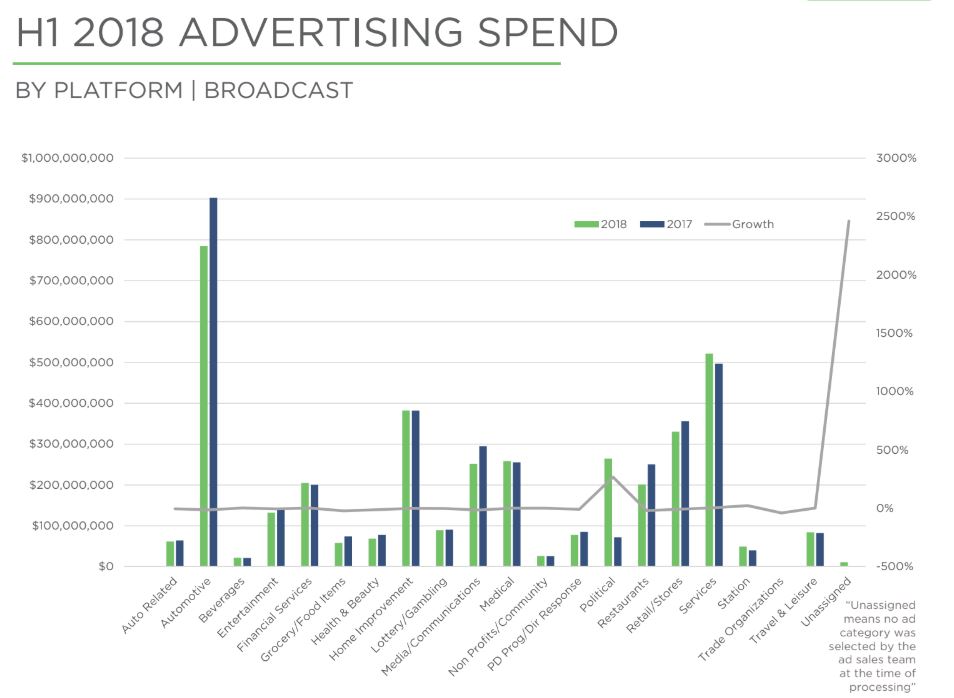 Methodology
Matrix Solutions looked at $11 billion worth of media ad sales deals to see which categories and platforms were most popular across the media ad sales industry in the United States -- normalizing each category across more than 10,000 unique active users in broadcast, digital broadcast and radio. Data was captured from January 2018 to June 2018.

The perfect client brief: Does it exist?

Are we there yet? iCrossing's Andrew Earley says diversity makes financial sense

Campaign US Manifesto: A letter to the industry

Huge appoints new U.S. and U.K. MDs as it expands over Europe