A Facebook ad from life-insurance provider DeadHappy has been banned by the Advertising Standards Authority, following a complaint that it was "irresponsible and offensive".

The sponsored post showed a man leaning his head against a wall alongside the tagline: "Life insurance to die for."

It promoted DeadHappy's offer of two months' free life insurance – accessed via the code "SKULLMAN" – and this led the complainant to believe the post was alluding to depression and male youth suicide. 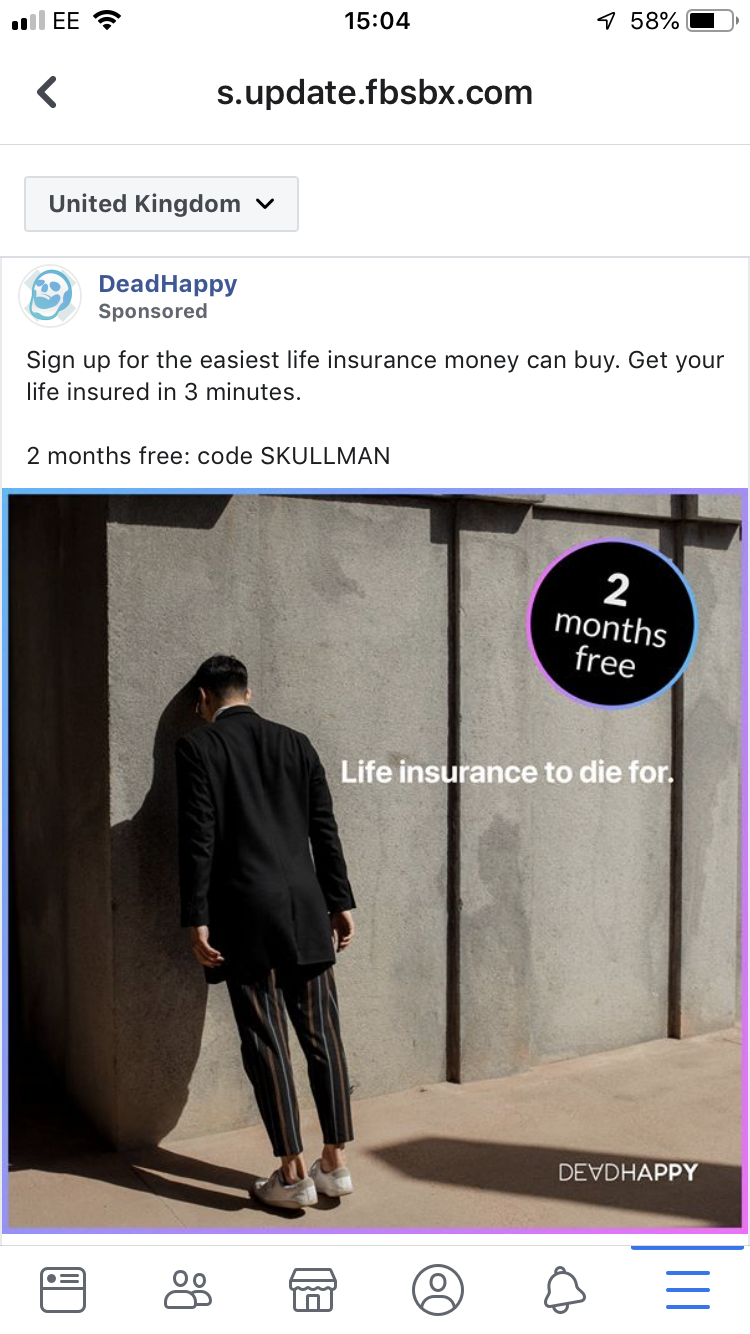 DeadHappy claimed the ad was part of a larger "bizarre and absurd" campaign, including other ads showing a man wearing a panda head and a man planking against a wall, that were intended to stop people scrolling past them.

But the ASA concluded: "By trivialising the issue of suicide and alluding to it to promote life insurance, the ad was likely to cause serious offence to some people, including those who had been personally affected by suicide, and was irresponsible."

It told DeadHappy not to use the ad again in its current form and warned the brand to ensure future ads were "responsible and unlikely to cause serious offence".

In the UK, men are three times as likely to die by suicide than women, according to a report carried out by Samaritans.

Last week, the regulatory organisation banned KFC’s "What the cluck" ad for its (albeit punny) use of expletives.

People in the advertising and media industries can call the Nabs Advice Line on 0800 707 6607 between 9am-5.30pm or email support@nabs.org.uk.
In the UK, Samaritans can be contacted on 116 123.
In the US, the National Suicide Prevention Lifeline is 1-800-273-8255.
Other international helplines can be found at befrienders.org