Former Campaign Agency of the Year opens shop as part of a relaunch after tricky period.

Lida's chief creative officer, Ben Golik, said the agency’s pop-up – which is putting its new proposition to the test – could be an avenue for hiring more diverse talent.

Golik, who joined Lida from Rapp in February last year following the departure of Trefor Thomas after just 18 months, described the shop as "a great bullshit detector" for the agency’s "positioning and point of view".

He continued: "Because we are in a shop, people who aren’t agency folk ask: 'What is this?' Agencies are full of the same kind of people and it doesn’t reflect the world around us, so we thought: what would happen if we were on the street and normal people might hear about us?"

Lida – Campaign’s Customer Engagement Agency of the Year in 2013 and 2014 – lost a number of accounts and senior leaders in the past two years, including Boots, Ikea, chairman Matthew Heath and chief executive Victoria Fox. Jonathan Goodman replaced Fox in November 2018.

The agency, which is part of M&C Saatchi Group, has developed a new proposition, "Make work people welcome", and partnered independent Carnaby Street retailer We Built This City to test it with the general public.

"Normally, agency launches happen in Soho House. We wanted to do something that would expose us to regular people," Golik added.

As part of the partnership, Lida will be selling a range of limited-edition merchandise featuring its new colour palette and a bold typography, including postcards, tote bags and T-shirts. 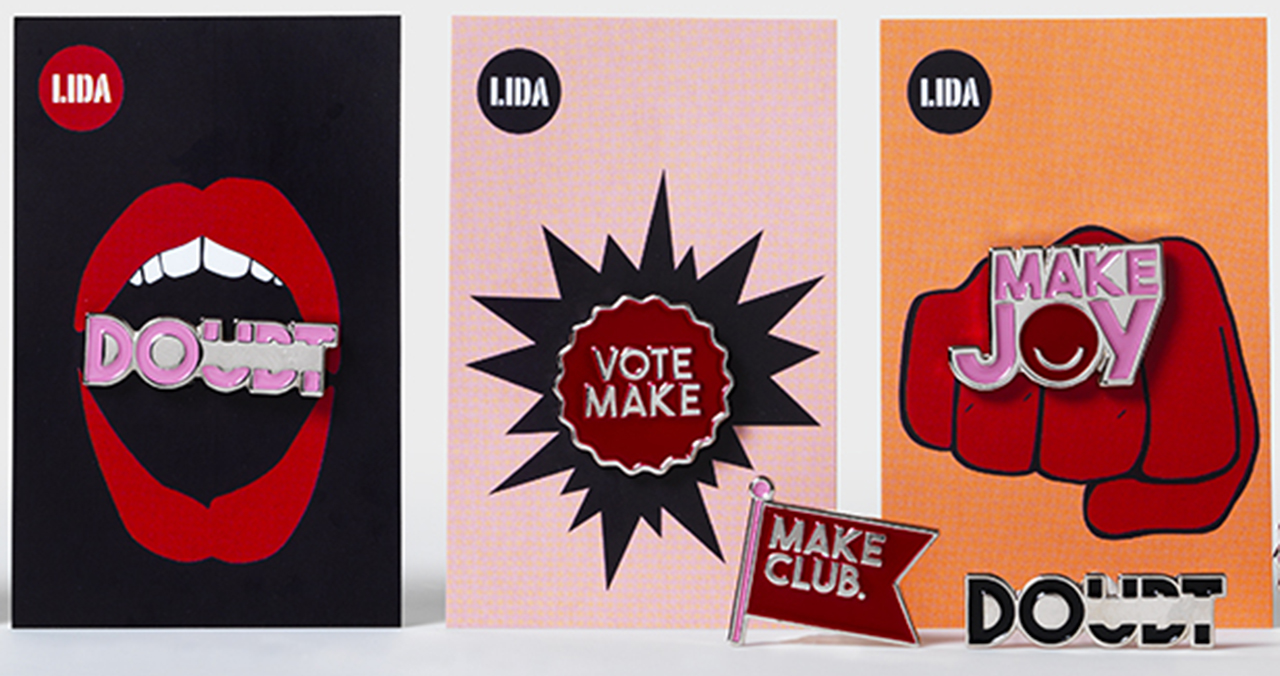 Proceeds from the products’ sale will go to Create Arts, the charity empowering lives through creative arts.

At Lida’s event last night, June Sarpong, former ITV Loose Women panellist and author of Diversify, said: "The wonderful thing about this is it’s a shop. A diverse group of people could walk through the door, someone explains what this industry is and therefore they apply.

"There are people who have something to offer that don’t even know this industry exists and it’s really up to your industry to go out and find them. Other agencies can expand on this idea."

The collaboration also forms part of Lida's Make Club initiative, which involves the agency creating its own products as part of a drive to put creativity at the heart of the business.

The Lida-branded pop-up, which launched on Monday (25 February), will run until Sunday 3 March and will feature client and industry events throughout the week, including an appearance from Andy Leek, the former advertising creative and artist behind Notes to Strangers.

Jonathan Goodman, who recently returned to London from Lida New York to take the role of chief executive of Lida, said: "We want to create work people welcome. That is to say, work that so deeply understands customers, they value its role in their life. We decided to put our money where our mouth is and sell our agency proposition to real people."