During a full-year 2016 earnings call dripping with nostalgia this morning, outgoing Publicis Groupe chairman and chief executive Maurice Lévy predicted a slow first half, followed by a strong second half of 2017.

The sluggish start to the year is attributable to a knock-on impact of client losses in 2016 (in part due to the ‘mediapalooza’), the problems faced with Razorfish, and a slowdown in the US. "We are expecting a Q1 which will be negative, and a Q2 which will be slightly negative," Lévy said.

Lévy, however, does expect the second half of the year, under new chairman and chief executive Arthur Sadoun, currently chief executive of Publicis Communications, who will take office on 1 June, to be much better. Lévy predicted 2.6% organic revenue growth for the full year of 2017.

But analysts feel like they have heard it all before and that Lévy’s full year prediction is slightly bullish, said Annick Maas, equity research analyst with Liberum. "While Lévy is being cautious about the start of 2017, for the full year, consensus is that 2.6% organic growth may be slightly bullish at this stage."

An analyst from Morgan Stanley pointed out during the call that Lévy had predicted a soft start to both 2014 and 2015, followed by an "acceleration" that never actually took place.

Lévy answered that he was confident about his 2017 forecast because the group would be "seeing the end of the consequences of the losses".

"Unless we are with bad luck and have three to four losses which are big in the weeks to come, we will have a year which will follow the pattern of a negative Q1, a less negative Q2 and a better Q3 and Q4," he added.

Lévy also pointed to the group's recent account wins, including Molson Coors and Merck, which would only start bringing in revenue in the second half of the year. 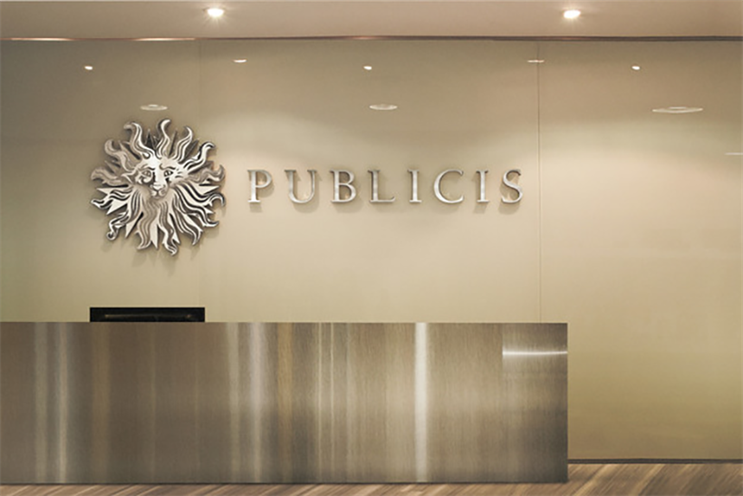 Earlier today Publicis Groupe reported a net loss of €527m for 2016 due, in large part, to a non-cash depreciation impairment charge of €1.44bn – of which, €1.39bn was attributed to digital and data division Publicis.Sapient.

Describing problems with the digital network Razorfish as "difficulties", Lévy explained that Razorfish had faced challenges over the past years, including an overreliance on one-off projects and several management changes including three different chief executives between 2013 and 2015 (Bob Lord, Pete Stein and the late Tom Adamski).

Although Razorfish had won new clients, Lévy commented that it has been "a choreography that has not worked well between the end of contracts and new business flow."

Sapient, which Publicis Groupe bought in 2015, had a good year with 7% growth.

"But despite the very strong offering, we felt the need to invest further into what we believe will offer the most promising growth prospect – digital business transformation. As a result, we came to the conclusion that we have to review our business plan," said Lévy.

During his portion of the presentation, Jean-Michel Étienne, executive vice president, chief financial officer, said the impairment charge was a write-down on the value of Publicis.Sapient’s goodwill. This was partly triggered by a market analysis that necessitated investment.

"This will be followed by higher growth and higher margin. It’s a non-cash event and an accounting charge that has no impact on dividends or cash generated," said Étienne, who started his session with a slightly choked tribute to it being Lévy’s final full-year earnings call.

Analysts questioned whether these issues were sufficient to account for the large write-down. One commented privately to Campaign that SapientNitro and Razorfish were probably facing more issues than have been disclosed to the market.

Another analyst asked Lévy if the write-down was a signal that Sapient wasn’t "as good a deal" as Lévy had expected. Publicis Groupe paid $3.7bn for SapientNitro’s owner Sapient in February 2015

Lévy acknowledged that while Sapient’s growth was strong at 7%, they had been expecting better and that did contribute to the impairment.

"Was it right for us to acquire Sapient? Yes. Is it helping us to be more competitive? Yes. To better serve our clients? Yes. When I look at the elements: we have a great acquisition with great people, I am extremely pleased. Was the price right? We will know in three to four years time," he said.

Lévy said making the impairment charge was the right thing to do ahead of the change in leadership.

He continued: "You as an analyst, recommending to investors, you should be happy we have done it. It will give a certain relief to the new management that they won’t have to bother about this. Be relieved to see the old guys are making the right decision for the future, not trying to dress up the last presentation." 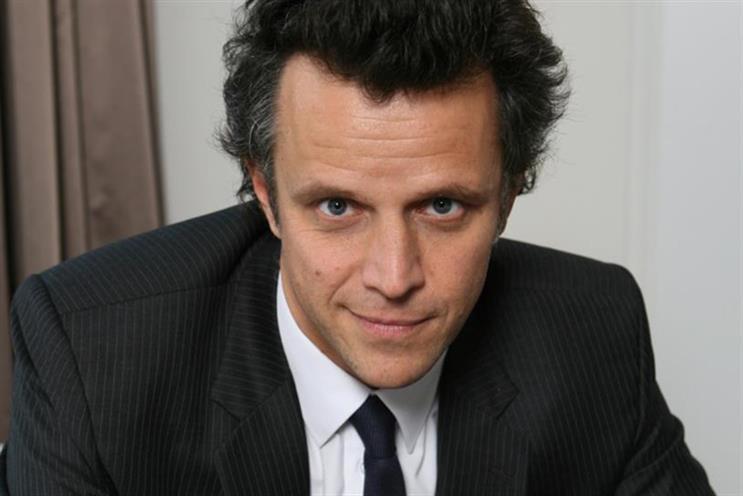 Analysts were not comfortable speculating if opting to take a sizeable impairment in the 2016 financial year was an act of gallantry on Lévy’s part towards his successor, Sadoun (above).

What could be regarded as a favour to Sadoun would be the decision to have a low degree of leverage, however.

Maas said: "They’re not very geared. They also don’t plan to do big M&As but have a strong balance sheet. Maybe their aim is to keep their gearing at this level until the new CEO has arrived so he has some manoeuvre potential."

After thanking Lévy "for all the memories", an analyst from Barclays asked what had happened to Publicis.Sapient chairman Alan Herrick, who was chief executive of the division until November 2016.

Herrick had been named as one of several potential successors to Lévy in various press reports. However, his name was not listed among Publicis’ management board, or its executive committee.

"Alan Herrick is with us," Lévy said. "Last August, he decided that he would like to be less operational and to have a different kind of job. He is playing a non-executive role at Publicis.Sapient."

The analyst from Morgan Stanley who had questioned about the supposed soft starts to 2014 and 2015 also questioned Lévy about the departure of DigitasLBi global chief executive Luke Taylor.

Lévy said: "It's what happens in companies. People do a job for a few years then they feel they should be looking elsewhere. We have in Nigel [Vaz] a great leader. His appointment is a good move for us and we wish all the best to Luke."

Publicis Groupe appointed Publicis.Sapient EMEA and Asia Pacific chief executive Nigel Vaz (below) to the role of global president of DigitasLBi ahead of Taylor’s departure. 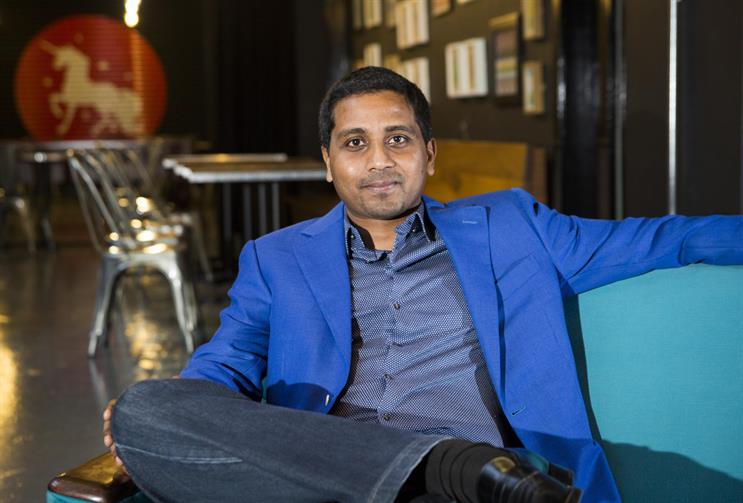 Chris Colette, a Deutsche Bank analyst, asked about the group’s high staff turnover a year ago, and if that had changed.

Lévy denied strongly that Publicis Groupe’s turnover had ever been higher than the industry average. "What’s happening is that there is a lot of communication about people moving on because, in the internet field, we have more people than any competitors and therefore platforms are coming to us and startups, they are poaching."

Maas said: "The way Publicis is managing senior management is quite interesting. When they announced that they were going to choose a new CEO, in the run up three or four candidates were mentioned in the press. In the end, when Arthur Sadoun was picked, the others must have been disappointed and that could lead to possible departures."

The earnings call was peppered with references to the end of Lévy’ 30-year career at the helm of Publicis Groupe. Most of which were by the man himself.

Lévy took over from Publicis Groupe founder Marcel Bleustein-Blanchet in 1987. He was 45, the same age Arthur Sadoun is now.

In a promise to keep the earnings call short (it ran more than two hours), Lévy said: "I want to bother you next time… oh no, there will be probably no next time. No next time because it’s my last time."

He also expressed his gratitude to the analysts present at the call: "I thank you. It’s my last annual presentation. We will have a short presentation for the Q1 [2017].

"All this journey you have been fantastic with us. Sometimes you have criticised us and it was fair. You have pushed us further and it is good and we improved And sometimes you supported us and it’s good encouragement. Thank you for all these years of being together."

Maurice Lévy: entrepreneurs can overcome the schism of Brexit

Sadoun will not be 'clone' at Publicis helm, Lévy says

Lévy tips Publicis Groupe to name insider as his successor