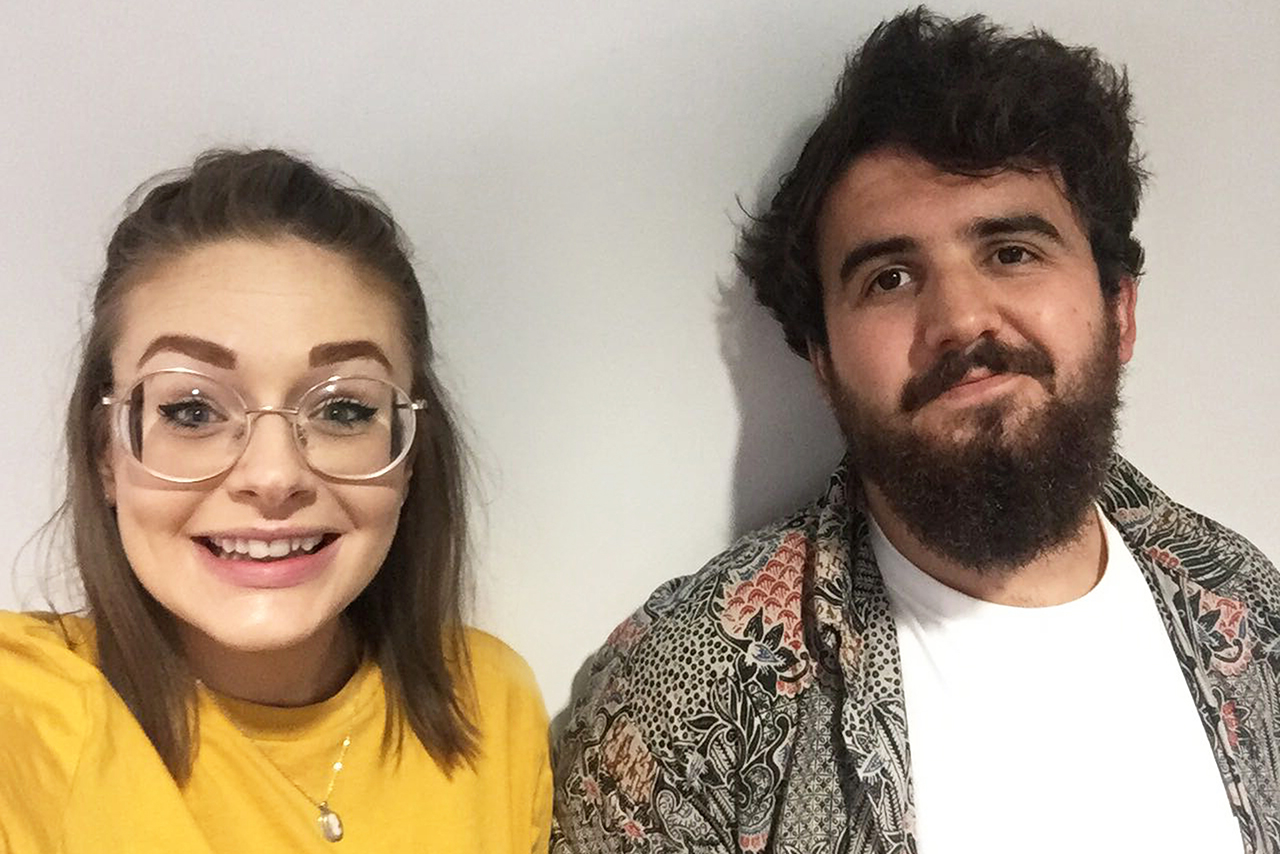 Our leaders may be gone, but we still need leading. Leaving it in the hands of the untried and untested youth might not be the best idea.

We’ll take DNA swabs from all of the greats, past and present. We’ll swab the Groucho Club carpet, the tops of all of the rosé bottles in Cannes, all of the £20 notes in Shoreditch House, even the inside of Campaign’s arse – all of the obvious places where the greats of our industry have spent time over the years. 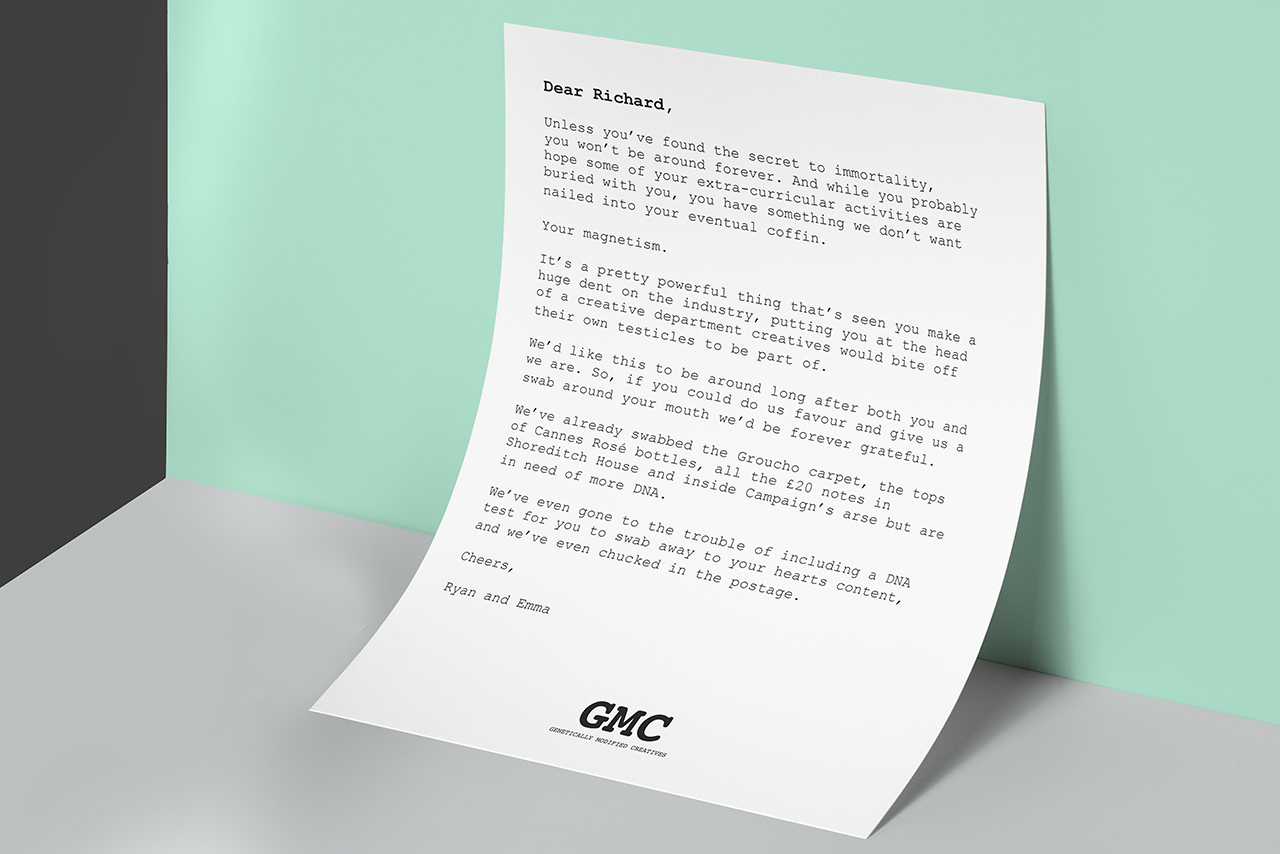 Extracting the best bits of each to create our own patchwork leader of creative know-how. Creating the crème de la crème of creativity.

The emotional intelligence of John Webster, the craft of Alex Taylor, the potty mouth of our own formidable Vicki Maguire. The magnetism of Richard Brim, the pure creativity of Walter Campbell and the hands-on-ness of Trevor Robinson.

In the "wise words" of Theresa May, people should take reassurance and comfort from the fact that we’re going to prepare for this eventuality.

So we’ve already sent out DNA kits to all of the greats in town, and we’ll stockpile their DNA, yunno, just in case. 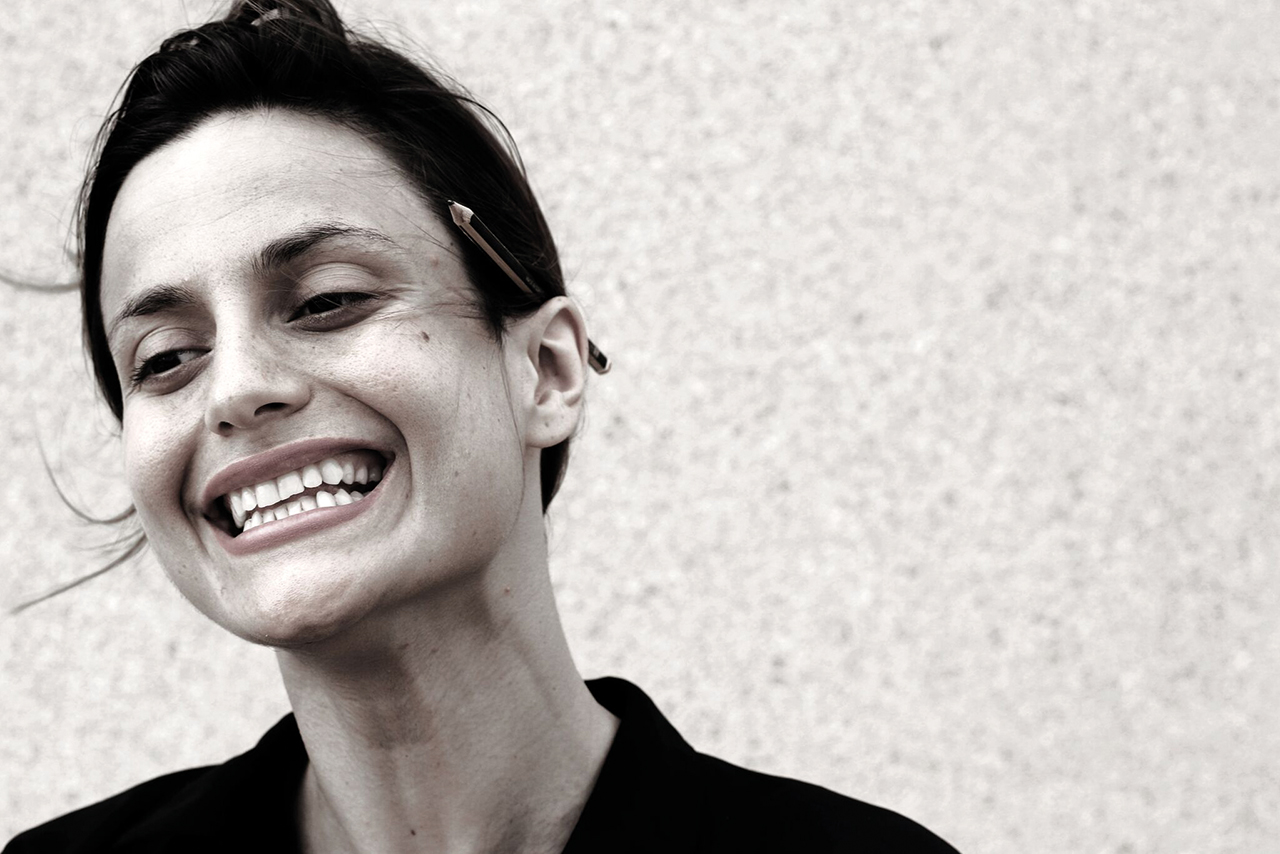 Looking ahead to the next 50 years of advertising requires me to wipe down my crap tinted spectacles a fair bit. So excuse me if some of what I say is covered in shitty realism, but I promise there’s a light at the end of the article.

I’ve sat through endless company meetings where well-meaning starry-eyed sneaker-wearing creative leaders speak about "disrupting culture" and "making culture". It’s the steaming-hot new bit of lingo that rallies the creative troops (me included) to look ahead at a dazzling future where we might be lucky enough to leave our mark on the world.

But I’ll tell you one thing for certain: "Creatives" ain’t "disrupting" a bloody thing. At the moment, we’re pandering to culture, like a bunch of limp knobs looking for a cheap thrill. Piggybacking hashtags and social causes like our careers depend on it. And the main culprit is populism. Let me explain what I mean by that…

Advertising, in it’s very essence, always needs to be "populist". When you strip back the layers and peer underneath, we work for big businesses who want their pockets to swell with cash. So no matter how bright, creative, strong-willed, diverse and interesting you think you are, your advertising ideas have to be populist to make money. But this pandering to the mainstream isn’t zactly how "disruption" works; the greatest "cultural disruptors" of all time, people like Muhammad Ali, made an impact by pushing against the tide of the public.

When the US first entered the Vietnam War, Americans were high-off-their-proverbial-tits on that All-American flag-waving patriotism. And it was then that Muhammad Ali did the unspeakable. He told America: "I ain’t got no quarrel with them Viet Cong… I have been warned that to take such a stand would cost me millions of dollars." And despite the money at stake, he opposed the war loudly. He was ridiculed, hated and stripped of his title. But it was his willingness to be hated that made him a creative soul, and it allowed him to define history.

Instead, ad men were waiting in the wings for the anti-war sentiment to become fashionable before writing lines about "making biscuits, not war".

We’re not trailblazers. We’re flaccid when it comes to true disruption. Inside ad agencies, the cultural pandering plays out like this: "Umm, hi guys, let’s make some feminist-pro-trans-pro-diversity-badass-pussy shoes using recyclable plastics from the ocean, and let’s use a generic hipster director that makes every spot look like one of the millions of identical Nowness films, with tonnes of urban youth dancing around in it. Track for the case-study film, FKA Twigs. Done."

The perfect embodiment of what we’ve become is the computer-generated Instagram influencer @lilmiquela. She looks like every other hip, fashion-forward influencer in the Western world. She wears Acne. And supports LGBTQ. And Black Lives Matter. And talks vintage. And she’s not even real, yet she has 1.3 million followers and makes money from replicating what’s popular. She’s like an algorithm that regurgitates culture, just like we do in advertising. We’re all saying the same stuff, we’re all pinning the same shit on Pinterest, and we’re all just making empty meaningless noise. 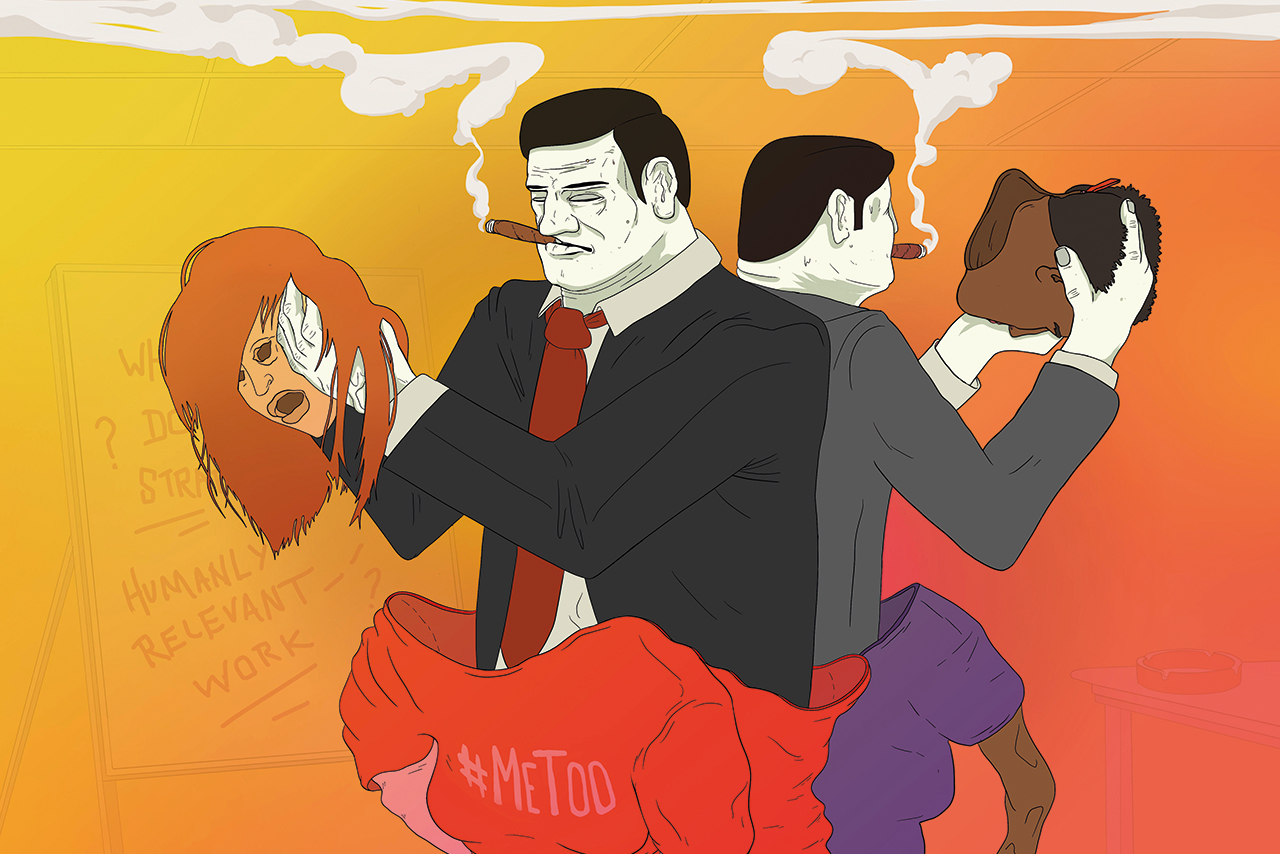 Let’s change that, let’s bring new, unpopular issues to the fore, things that no sane person has ever said before.

Vincent Van Gogh only sold one painting in his lifetime because his art didn’t follow any of the popular styles at the time. So let’s be more Vincent. Let’s be more Muhammad Ali. Let’s not stifle creativity and authenticity with a desperate need to be liked all the time.

Yes, brands are all petrified of going against the mainstream. But let’s not be culture’s bottom-feeders. Let’s spare ourselves the drivel of pretending to "disrupt" unless we’re willing to be disliked.

Nike put it perfectly with: "Believe in something. Even if it means sacrificing everything." It’s a brilliant bit of copywriting. But Nike jumped a bandwagon that was already steaming through culture. The whole world and big-name celebrities have been getting behind the BLM movement for a long time now. Celebs like Drake Janelle Monáe and Kendrick Lamar have made statements, movies or songs about African-American issues. Beyoncé even paid tribute to the cause in her Super Bowl performance. So Nike, while beautiful and poignant in its execution, wasn’t the first to the party.

As an Iranian, I would have loved the brand to show some real kahoonas when the Iranian football team were left literally begging for boots during the World Cup. The team were without a kit because of threats by Donald Trump. Iranians don’t have megastars like Colin Kaepernick, but imagine if Nike used the World Cup to say something for the first time. Something that’s not populism regurgitated. Something like: "Hey broke-ass third-world country, here’s some sneakers as an apology for all the fuckery* our country has subjected you to!" Excuse the shite copywriting, but you get the drift.

(*For a list of stated fuckery, refer to 1953 when freedom-loving Americans killed Iran’s democracy in the interest of BP and put a dictator in power, or the 1980s when the US and its sweetheart, the chemical-weapon-wielding Saddam Hussein, teamed up to start a war and kill Iranians in their masses – I was a lil’ kid there when they were dropping bombs on us.)

"An American apology" might not sell trainers, but at least (as my Real Housewives of Atlanta would say) we’d finally be spilling some real T. 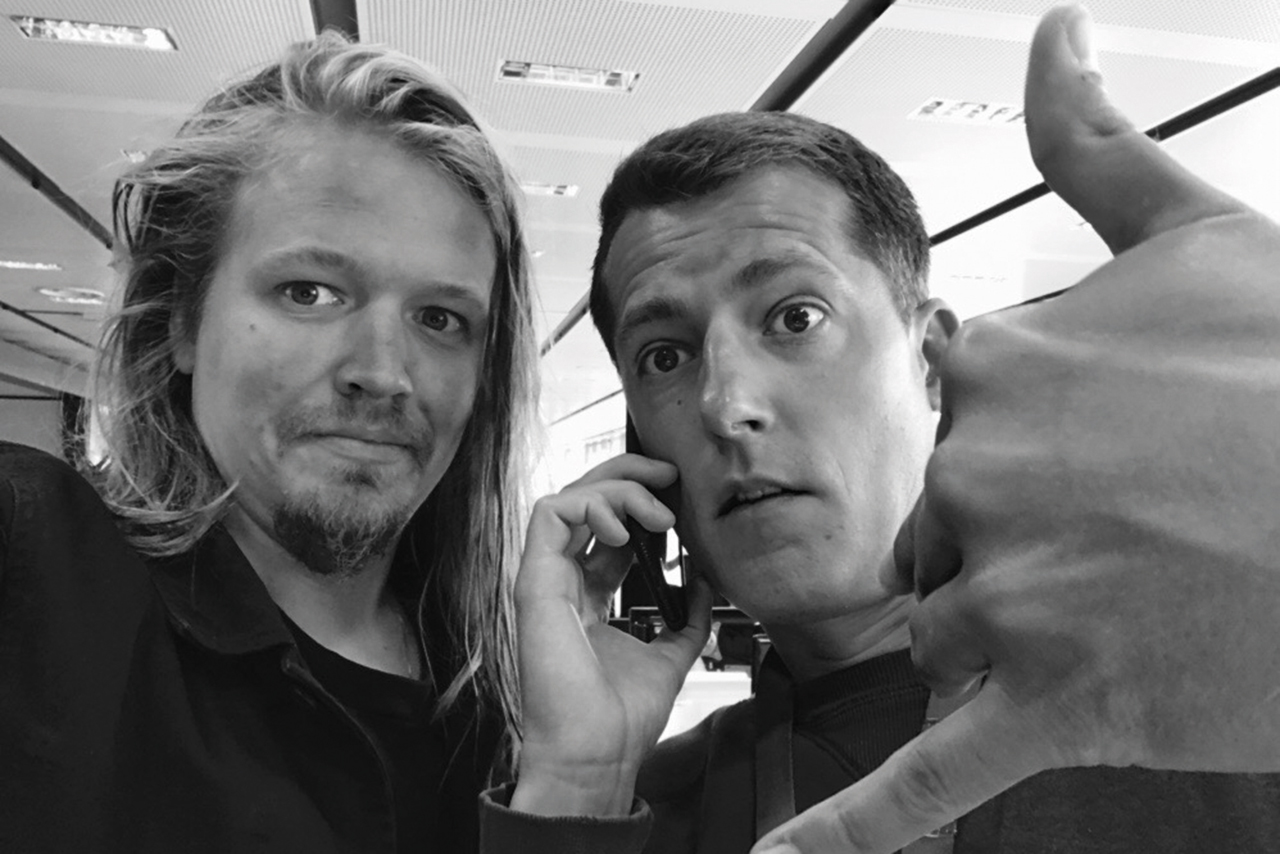 Yet another article about the future of advertising…

When Campaign asked us "How would we ensure our industry thrives over the next 50 years?", our immediate thought was: "Hell yeah." Great opportunity to share our view with the world. But a cold wave of realisation quickly washed over us. "The future of advertising" is probably the most discussed topic in the industry, and Campaign’s website alone has 342 articles matching the search.

So is there anything original left to say?

Well, in our search for enlightenment, we came across some interesting thoughts of Tom Goodwin. His theory, "The Paradigm Leap", says that in order to disrupt and innovate an industry, you are more likely to succeed if you have no prior experience within it. No inherent assumptions shaping the innovation process. Like Apple creating the world’s smartest mobile, without ever having made so much as a phone keypad before. Airbnb, Dyson, Tesla, Uber, the list goes on.

So that means the person who really knows the future of advertising probably isn’t even working in advertising.

Who better to ask about the future than a psychic? Nervously, we handed over our bank details to the highest-ranking psychic on PsychicSource.com – 4.5 stars, $1/minute. Bargain. To cut a long session short, the tarot cards told the psychic, who then told us: people want to make their own ads on social media, they want to be entertained, and brands will start making feature films. $10.34 into our session, we’d heard enough.

First thought after the interview: check our bank accounts. Phew, we didn’t get scammed. Second thought: maybe Nike should be hitting the big screen with Space Jam 2 starring LeBron James? Third thought: the tarot cards seemed to only confirm what we already knew, rather than actually predict the future of advertising. Maybe our psychic had read some of the Campaign articles himself. Or maybe you just get what you pay for.

As technology seems like an inevitable part of the future, we thought it would be good to talk with someone tech savvy. And who’s techier than tech itself? We decided to get an artificial intelligence view on the future of advertising. Could it really be this easy from now on? The lazy parts of our brains were already celebrating as we discovered that article-writing AIs already exists. We put the AI to work, kicked back, and waited for the computer to deliver Holy Grail 2.0. Job done. Almost…

We’re not going to bore you with the full result, but the AI basically wrote us a rambling summary of an old Mary Meeker’s trend report. Boring. Soulless. And, to be honest, if this was the future, we shouldn’t be excited. Maybe we didn’t use the AI the right way. Maybe AI isn’t that useful yet. That said, we can’t wait to see the first creative teams graduating from school, hand-in-hand with their own personal AI. Artificial intelligence will probably become another great tool for the creative industry. Just like the pen, Photoshop and Google have been. But like with any other tool, they’re only as good as the people using them.

In a last attempt to save our article, we texted the next generation (Yes, texted. They don’t meet up IRL.) We kicked off by asking him to list the "Top five celebrities you’d like to meet". From his answers, we felt he could have been a peer: Mohamed Salah, Stormzy, Jürgen Klopp, Mo Farah and Tom Jones – yes, the same Tom Jones you are thinking off, which was a bit surprising. Did he like adverts? Not really, but he quite enjoyed the last promo for The Great British Bake Off (made by his mum). So what did he like? There were mentions of YouTubers that sounded like soft drinks, musical.ly (to those not knowing, it’s a sing-a-long-kinda-social-media-video-thing). Oh, he also liked the computer game Fortnite. Obvs.

Talking, sorry, texting with someone born in a different millennium is a reality check. It seems like they don’t appreciate our perfectly crafted TV ads, but are more interested in new social media platforms and dance moves from computer games.

So did we learn anything from a Texan psychic, the AI text generator or the 11-year-old Fortnite fan?

Unfortunately, none of the people we talked to could give us the secret formula that can ensure the industry will thrive in the next 50 years. But maybe "The Paradigm Leap" is not about finding one person that has the answer. Maybe it’s about leaving adland once in a while. Visit the United States of I Don’t Care About Ads. Where people find ads annoying. Where you can’t force people to watch what you make. Let’s invite more people into adland who have never been here before. People with different backgrounds from different industries.

Let’s make work that doesn’t look or feel like ads. Imagine what your campaign would look like if you collaborated with an online psychic or an 11-year-old gamer?