Paul Lawson is leaving Leo Burnett London as chief executive to take up the reins at Y&R London.

He is replacing Jon Sharpe, who is is leaving Y&R London as chief executive to join fellow WPP agency VML as CEO, Europe.

The Publicis Groupe agency’s staff were informed this afternoon of Lawson’s departure. Lawson is leaving Leo Burnett London after 13 years and has been chief executive since being promoted from UK group managing director in 2011.

He will start at Y&R on 1 November, reporting to to the network's global president David Patton.

Lawson said he was joining the agency at a "pivotal" time for the agency, which rebranded from Rainey Kelly Campbell Roalfe/Y&R in January following a tumultuous two-year period in which it lost key accounts including Marks & Spencer, Vodafone, Lloyds Bank, and Land Rover.

"There are terrific people in place, a great client base, wonderful proprietary resources, all of which are gaining traction," Lawson added.

Sharpe, who will begin at VML in January, was promoted to chief executive in December 2015, replacing Ben Kay. He was previously chief innovation officer and joined Y&R in 2012 from M&C Saatchi. 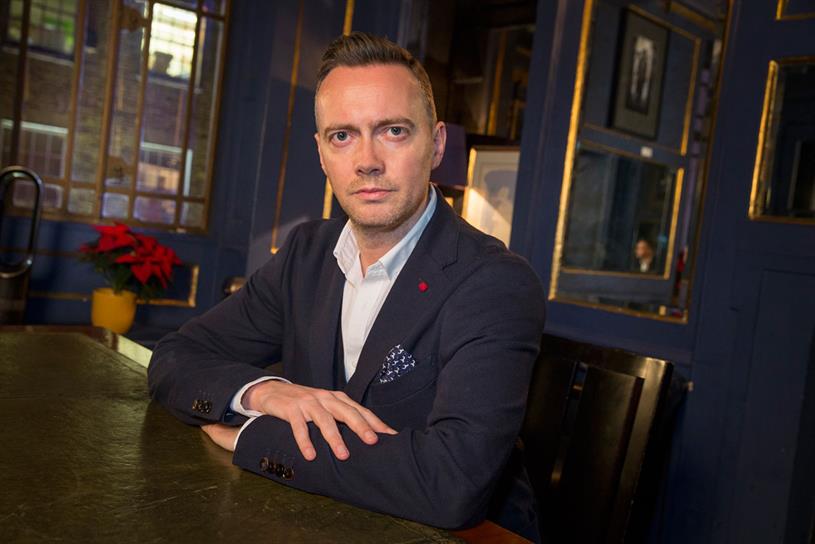 Reporting to global chief executive Jon Cook, Sharpe, above, will focus on the growth of VML London, as well as oversee the agency’s European operations and future expansion throughout the continent. He will be based in VML’s London office where clients include Bridgestone, Colgate-Palmolive, the International Olympic Committee and PepsiCo.

Chris Wood, acting chief executive of VML London since April, will resume his global development role within VML as a part of the executive leadership team, as well as continuing his strategic leadership on key VML global clients.

Sharpe said: "I believe VML’s offer of combining marketing and advertising with platforms and experiences in order to create impact across the connected consumer experience is extremely relevant and valuable in the market right now."

Speaking of Lawson’s departure, Justin Billingsley, the global chief operating officer of Publicis Communications said: "I would like to thank Paul for his commitment to the business over the past years and wish him all the best in his next endeavour. Leo Burnett is about to start an exciting new chapter and we look forward to sharing this soon."