The path from philosophy student and private detective to Oscar-winning documentary-maker has been a bumpy one, but there has always been one constant for Errol Morris.

Eric Olson, the man at the centre of Errol Morris’ Netflix docudrama Wormwood , is a modern-day Hamlet, haunted by the ghost of his father Frank, who died after plummeting from a Manhattan hotel window in 1953.

The death of government scientist Frank Olson was originally ruled a suicide, but he was later found to have been dosed with LSD as part of the CIA’s MKUltra project on mind control. Wormwood poses the question that has plagued Eric Olson for decades: was Frank’s death an accident, or something more sinister?

"At that moment, the world stopped making sense entirely," Eric Olson says of his father’s death, yet he has spent more than 60 years searching for the truth.

Morris, an award-winning documentary filmmaker and commercials director, says he was drawn to the investigation because he relates to Eric’s story. "I admired Eric Olson for this 60-year quest to figure out exactly how and why his father died," he says. "I feel we’re kindred spirits because we’re both obsessives. We’re both investigators."

An obsession with the truth has been Morris’ driving force over the past 40 years, from making seminal documentaries to working as a private detective. But he has often used unconventional methods to get there. Starting with documentary The Thin Blue Line in 1988, about a man wrongly convicted of murder, Morris has been credited with revolutionising the genre.

"I like to think I’ve reinvented documentary many times over," he says.

While, up to that point, the documentary had been typified by the cinéma vérité style, which avoided artistic flourishes, The Thin Blue Line stood apart for its feature-film production values, special effects, musical score composed by Philip Glass and inventive use of re-enactments. The film was disqualified from the documentary category at the Academy Awards, but critics now laud it as leading a shift in the genre.

"Style doesn’t guarantee truth. Just because you hold a camera in a certain way or get a certain kind of light, that doesn’t make something more truthful," Morris argues.

With Wormwood, Morris has pushed the boundaries again. He calls it the "everything bagel" of films, because the six-part series blends several elements and genres – interviews, archival material, stylish graphics, drama. The dramatic scenes, which are woven in between interviews, star actors Peter Sarsgaard as Frank Olson, and House of Cards’ Molly Parker, who plays his wife Alice. 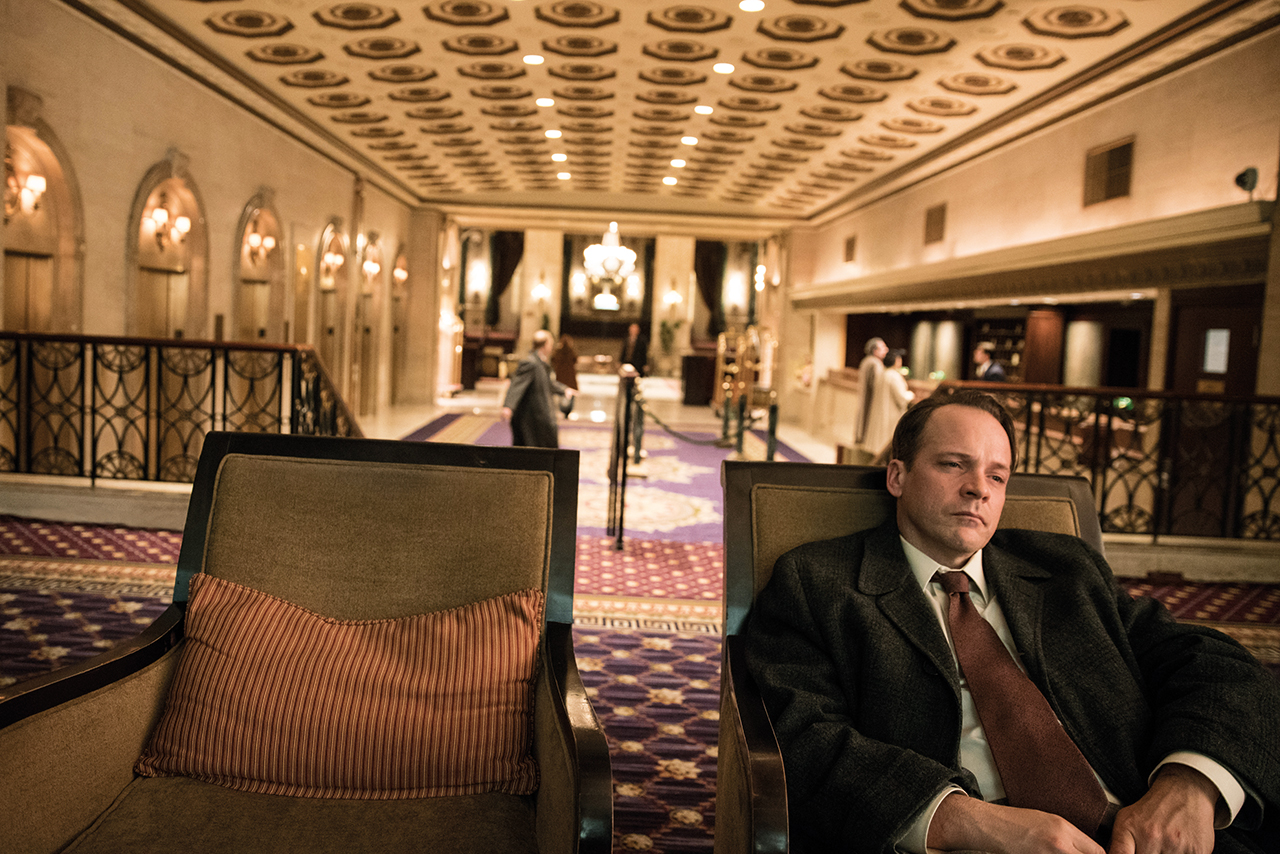 Morris bristles at the term re-enactment to describe these parts of the film, "because people don’t know what they mean by it".

He adds: "From the very beginning of me using these kinds of devices, they were meant ironically. Sometimes they were clear illustrations of things that I believed were false, but they were a way of bringing you into the story, a way of engaging you. They could be a guide to helping you think about certain things."

At its heart, Wormwood is a story about lying, which makes it a timely subject for today’s political climate of so-called fake news and alternative facts. Hamlet is evoked throughout the series because, like Shakespeare’s protagonist, Eric Olson uncovers "a world where you’re surrounded by evil, where the people who you trusted are complicit", Morris says.

"Maybe that’s the situation [in which] we find ourselves in our current democracies," he adds. "We live in a world where many of the people around us are complicit in crime." 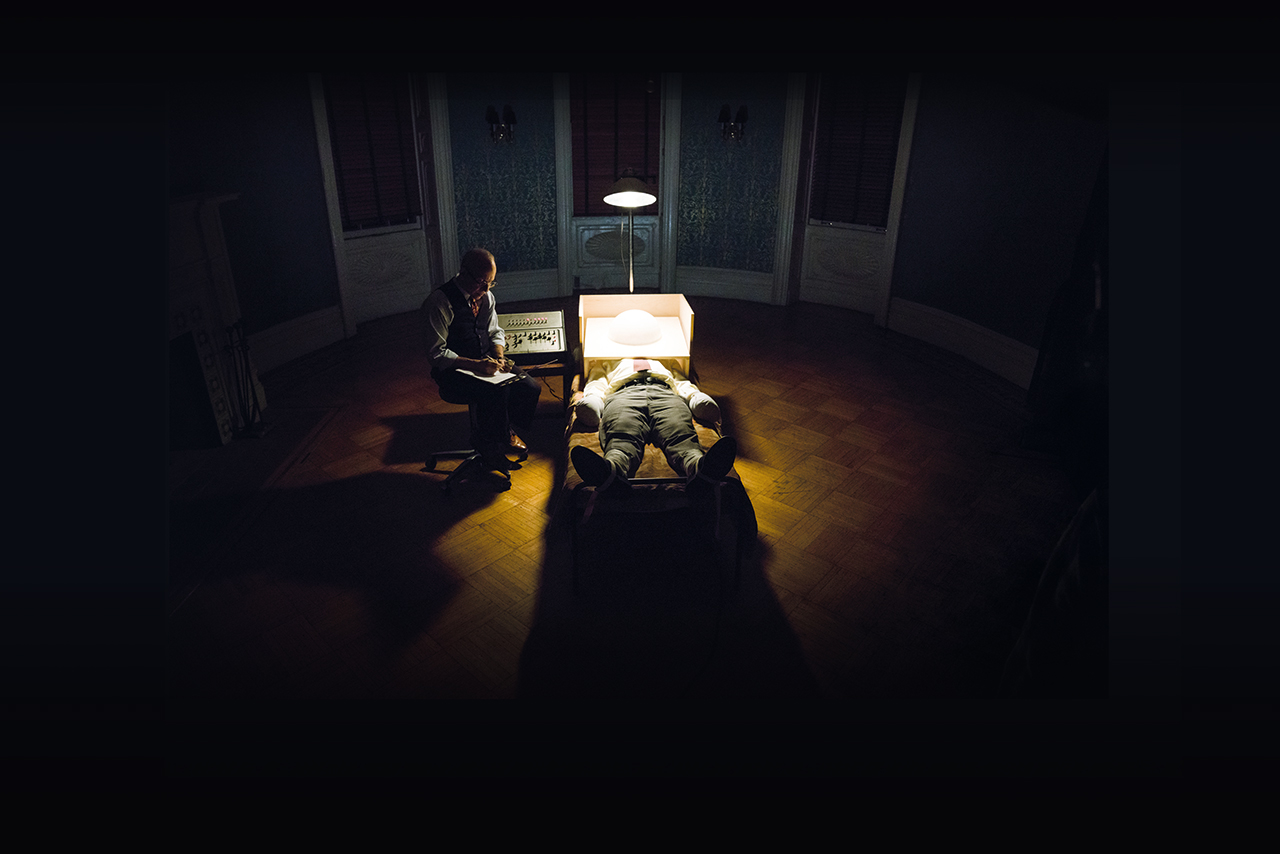 In such a world, Morris sees the search for truth as even more of an imperative. "Always in the back of my mind is the question of truth," he says. "If you’re interested in mysteries and in the world around you, you inevitably start asking questions about how do I know what I know, can I trust what I’m hearing, how do people know if something is true or false? I can’t believe that not everybody is interested in those kinds of things."

A book by Morris detailing his views on truth is coming out this year. Its title, The Ashtray, refers to an incident in 1972, when Morris was a philosophy graduate student, studying under Thomas Kuhn, who argued against a single scientific reality. When Morris challenged this theory, Kuhn threw an ashtray at him.

Morris gave up philosophy for filmmaking, but, despite his subsequent success, his path has never been easy. His first documentary Gates of Heaven – released a decade before The Thin Blue Line – was lauded by film critic Roger Ebert. Yet even after his breakthrough success, Morris struggled to find funding for more projects.

"I’ve had a hard time over the years," he recalls. "I was an out-of-work filmmaker who turned to private-detective work out of desperation."

Now Morris’ accolades are numerous, including an Academy Award for his 2003 documentary The Fog of War about ex-US Secretary of Defence Robert McNamara. He has also directed more than 1,000 ads, such as the popular "High Life man" series for Miller High Life, and Apple’s "Switchers" campaign, featuring real people who moved to using a Mac.

Making ads presents its own set of challenges, he says. "Most commercials are over-thought and over-produced to the point that all the life has been kicked out of them," Morris adds. "People love the word authenticity in commercials, but I would say it’s not the right word. Bring an element of spontaneity. Bring them back to life."

While he acknowledges the difficulties of this task, Morris advises creatives "to persist". It is what he has done throughout his career, even when his prospects were slim. "There is nothing you can do but stick it out, hope for the best and keep working to the best of your ability," he says.

That may sound like just another pep talk, but in every project he undertakes Morris sees the risks; he points out that there was a danger Wormwood would never have been made, and he has started other investigations that remain unfinished.

"We’re programmed to want to find things out, but the regrettable truth is sometimes we fail," Morris says. "Just because there’s a world out there and [there is] the fact of the matter, it doesn’t mean we can nail it down. But you always go into it with the hope of coming up with answers." •

How well did these trailers sell their Oscar nominees?

Where directors should draw the line

Ringan Ledwidge on how clowns helped him keep his creative faith