"My whole career, I looked up North and watched what you did and wished I was doing it as well as you," Lee Clow told Dan Wieden at New York’s Highline Hotel earlier this month. "Honest to God, I’m glad to be able to say that."

"You know what’s so weird though?" Wieden said in response, "when you put out your pirate flag, I went ‘Fuck! How did you beat us to that?’ "

The two West Coast ad legends had come together onstage or a "fireside chat" with Colleen DeCourcy, global co-executive creative director of Wieden + Kennedy (and jury chair for the International Andy’s Awards, which hosted the evening). "To me, they signify the best, and that’s the theme of the show," said DeCourcy, introducing them to the audience

Despite obvious similarities — both built best-in-class creative agencies out of partnerships with an iconic CEO — the two "couldn’t be more different," said DeCourcy. Clow, the legendary art director behind Apple's "1984" is "very much about precision," she said, while Wieden, the celebrated copywriter behind Nike’s "Just Do It," is "all about chaos and looseness." Having worked with both men, she said she started thinking about them as a "missed connection," a pairing that never happened. "I thought it was interesting to get a copywriter and an art director together, at a time where the business seems confusing, to just talk about stuff."

Read Campaign US' exclusive interview with Clow and Wieden

Below are excerpts from the conversation that took place on stage that night. Check back soon for Part II, in which Campaign US sat down with Clow and Wieden for a private chat about their storied careers.

DeCourcy: You’re both ad legends who’ve had uneasy, outsiders’ relationships with this industry. Dan, Phil Knight said he hated advertising, and you built an agency out of that. Lee, you were co-captain with Steve Jobs in what you called a partnership, and named what you did "media arts." What is the difference between advertising and what you and your agencies did at their best?

Clow: To say you're in the advertising business was a bit demeaning if you think of advertising as all this crap that invades our life and is ugly and makes us miserable. The reason I admired Dan for years is the job isn't to just do ads. The job is to find the soul of a brand, work a creative story and find rich, interesting ways to create it in the world. That means everything is media. Everything is an ad. The word "advertising" makes it smaller than the ambition. 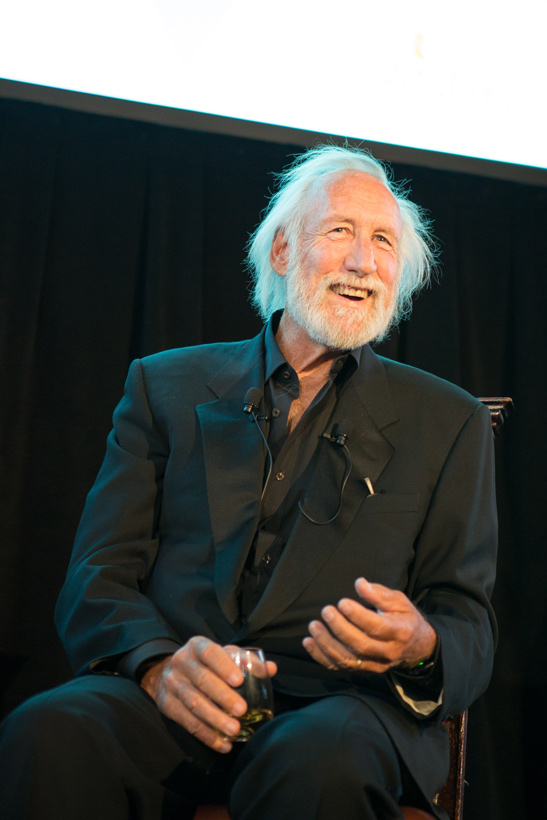 DeCourcy: What are the characteristics of the best clients and the worst?

Clow: You cited something earlier that's very, very special in both of our advertising lives. The CEOs of most companies don't care about the advertising. It’s a department. Steve Jobs and Phil Knight believed and understood. Phil said, "I hate advertising," but he was a consummate marketer. He understood exactly what he was doing and why he was doing it.

Steve Jobs was incredibly rare. When he came back in 1997, after he got thrown out by the soda-pop salesman, he was on a mission. He said, "We're going to meet every week on advertising," and we did until he died. Even if we didn't have stuff to do, he wanted to think about the advertising and talk about it.

The rare brands have somebody at the top that has a point of view and a belief system. They are the best clients.

DeCourcy: If you could exercise mind control on a client, what would you do?

Wieden: I don't know. If you end up with a CEO who is a complete ass and doesn't understand what we're doing, you don't go there. You just don't go there.

Clow: What you want and wish for is somebody who's brave. Somebody who wants you to bring them something that scares them. Most of them are just protecting their asses, so they can get promoted to whatever the next job is. Somebody who owns the company can make those brave decisions.

DeCourcy: Do you think that all the data people have access to is what stops people from going with their gut?  Is that what brings the fear?

Wieden: We don’t do testing. It’s a ridiculous thing.

Clow: I think before there was all this data available for everybody, I always pointed to these business schools like Harvard who trained people in marketing. Basically, they strip away anything that resembles intuition and teaches a process and a formula. We breed business people that are playing it safe and don't have courage. I think people with intuition and guts are rare. That's the reality. Both on the client side and our side. 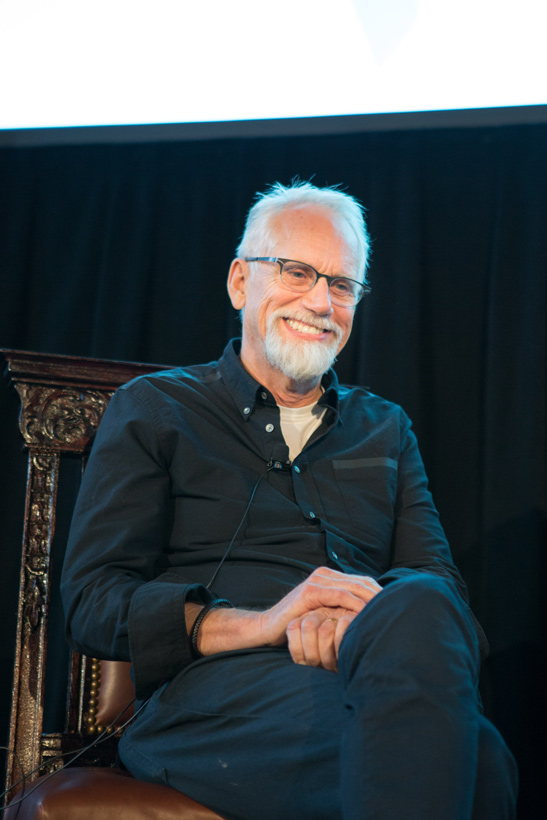 DeCourcy: You both started the West Coast advertising scene. . Do you think geography was core to the agencies?

Wieden: I do. I think we were so far away from the assumption of what marketing is. We just tried shit and tried to be a little shocking, grabbing people's attention, changing their behavior. We began drinking quite, quite well.—and a bunch of other stuff. It was not a real business kind of thing.

Clow: Everything was a subset of East Coast advertising. When Bill Bernbach, Mary Wells, George Lois, Scali, McCabe all started doing stuff that we really admired, we said, "That's something I'd like to do." The West Coast of America is a special piece of geography. A lot of creative stuff happens partly because it's looser and freer and less encumbered than the guys that went to the Ivy League schools and wore the ties during the Mad Men era. We're the ones that started not wearing ties and not wearing shoes. And not wearing clothes.

DeCourcy:  How do you get great ideas out of creatives?

Wieden: Generally, it’s the couples you put together. Especially, if they’re just beginning. When it clicks it’s really, really good and it stays for quite a long time. You have to fall in love.

Clow: I would always try and find the little germs of an idea. If it wasn't in the room, but there were a couple of places that I could steer people to keep pushing, I helped people get to good ideas. If they're really talented and have chemistry they can get there faster. Others you need to hold their hand.

DeCourcy: What inspires you?

Wieden: Usually, something scary. When you're faced with a situation that seems like everything is riding on it and you're running out of time. What happens is you can't think your way out of this. You can sit down and try to triangulate the thing, but something has to be given to you — from where and how, I have no idea. When you have to shut down rationality, something else usually comes to the surface.

Clow: He inspires me. That's not a surprise answer. That's how I’ve felt for many, many years. What he built and how he built it, the independence that he maintained. Guy Day and I would sit there and envy the fact. Jay was dragging us into this giant vortex, and Dan was up there staying independent. And then he was a role model on how to build a brand.

Wieden:  There was this tension between us that — we're of the same thing.

Clow: I think one of the lessons, by the way, is over the years some of you guys are going to get famous and have your own companies and do amazing stuff. One of the commitments we need to all make is we will always champion and support the other guy that is trying to do the brave thing. Even if they stumble. Even if they don't get it done sometimes. If we don't support the courage of the people we are and want to be, nobody else will. Never, never say anything against creative people who are trying to do what they believe is the right thing.

Grey's Samira Ansari on life as a funny woman in advertising

In brief: The sinister history of 'Just Do It' ... Selling apps on TV

R/GA's Bob Greenberg joins The One Club's Hall of Fame