The advertising industry should resist the temptation to impose a sell-by date on its work and workers in the quest for fresh thinking.

How many people reading this are familiar with John Webster’s work? If you are a young creative, then Sir John Hegarty is convinced you won’t have a clue. That’s because the downside of adland’s constant search for new ideas is often a rejection of the industry’s heritage and the people behind it.

But while the tactics, processes and tools of the job may change, the fundamental principles do not. It’s why the IPA began a new course last week dedicated to teaching people about the history of advertising, encouraging people to build on – not forget – the industry’s acquired knowledge.

Adland has often taken an enlightened creative approach to age this year, such as Harvey Nichols and Adam & Eve/DDB’s use of a 100-year-old model in a Vogue print ad [below]. But if the results of Campaign/MEC’s recent survey on age are anything to go by, ageism inside the industry abounds. 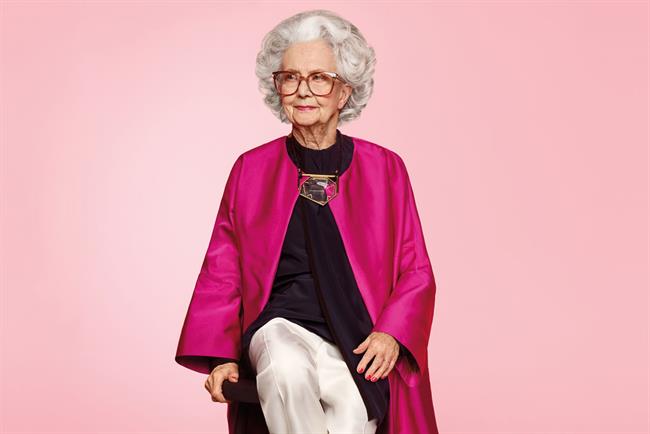 It is worrying that 79% of respondents said they thought the industry was ageist and that 16% of women would consider cosmetic surgery to look younger for their career.

Perhaps that’s because the average age is just 33.7 (IPA). Or that the rapid rise of digital technology has mistakenly led to the belief that if you aren’t familiar with the latest evolution of Snapchat, then you have nothing to offer.

Much of the discrimination may also be financially driven. Older people are more likely to be on higher salaries, making them an easy target when someone younger will do the work – and perhaps more of it – for less.

But any company devaluing experience is taking a short-term approach to success. The best teams require diversity of thought, and having different cultural touchpoints and experiences is one way to achieve this. As Hegarty says: "Nobody has asked Frank Gehry to put the pen down and let a 24-year-old carry on doing it instead."

It’s also noticeable in the constant speculation about when industry septuagenarians such as Sir Martin Sorrell and Maurice Lévy will retire. Yet no-one seemed to notice that the pair fighting for an even higher-profile job with a possible eight-year tenure, US president, were 69 and 70.

There are some brilliant role models around if you look. Baddie Winkle became an Instagram sensation at 85 and featured in a Smirnoff ad this year aged 87. Her colourful feed, with the strapline "Stealing your man since 1928", proves that age can be a mindset.

Having an energetic attitude, a positive outlook, a desire to keep learning and seeking out new experiences are key to maintaining a youthful and creative outlook, Hegarty argues. And those qualities could be found in a 65-year-old as easily as a 22-year-old.

It would be easy to dismiss complaints about the industry’s forgotten past as the older generation’s attempt to protect their legacy.

But if you believe advertising is more than a set of tactics, then you should take pride in understanding and studying its past successes. After all, you have to know the rules before you can break them.

What the older generation really wants from marketers

Hegarty: 'Adland overly worships at the altar of youth'

Should brands push agencies to meet diversity targets for staff?

Our youth obsession is throwing gems in the waste bin