The Labour Party is executing a core vote strategy designed to gain a share of the vote that will keep Corbyn in post - rather than win seats, argues Benedict Pringle, the founder of politicaladvertising.co.uk.

The latest Times / YouGov poll released yesterday shows that only 32% of people plan to vote Labour, 13% fewer than those planning to vote Conservative.

Given the size of the gap, and the time available to close it, the Labour Party's chance of winning the election remains small, and so the temptation to criticise Corbyn's campaign as a failure is big.

But if you study the trends of the polls you will see that there is evidence of resurgence in the Labour Party's fortunes.

Indeed, the Times / YouGov poll represents their highest share of voting intention since the election was called.

This isn’t surprising: the Labour Party is running a canny campaign – aimed squarely at its core vote – and it is proving to be very effective indeed.

The first clever thing that Corbyn’s team has done is set themselves an achievable objective.

Their polling, segmentation and focus group research will have told them that they have no chance of winning a majority of Parliamentary seats.

The data would have shown them that their chances of flipping decent numbers of Conservative constituencies in England, making significant gains from the SNP in Scotland, and robbing the Lib Dems of seats and forming a Government are non-existent.

Given this is the case, the Labour Party will have set themselves an ambitious, yet achievable target of improving on their share of the vote from the previous general election (Labour won 30.4% of votes in 2015).

They have decided not to worry about their number of seats, or the size of May’s majority.  Indeed, Corbyn would likely be happy to reduce the number of Labour MPs who are hostile towards him, provided the party's overall share of vote goes up.

If he is successful in achieving his objective of bettering Labour’s 2015 share of the vote, Corbyn can then argue legitimately that the party – despite the best efforts of the various internal factions that oppose him – is going in the right direction and that he should remain as leader.

Accepting that one isn't going to win a majority of seats (or votes) at an election might sound like an odd approach, but setting an achievable objective is the most fundamental aspect of an effective electoral strategy.

An overly ambitious objective is worse than a realistic one as it leads to resources being spread too thinly, and losses being more extensive.

Targeting the right sort of voters

Their data would have also shown them that a decent chunk of Labour’s voters from 2015 are considering either staying at home or voting for another party.

The campaign strategists will know that it's much easier to reinforce an existing behaviour than to instigate a new one, so this bloc of voters will be Labour's primary target audience.

Evidence that this is the case can be found in the fact that the Labour Party adopted a piece of populist socialist rhetoric – "For the many, not the few" – as their campaign slogan, as opposed to something that might appeal to those with a Conservative leaning.

Many in the media have commentated on the fact that the 2017 Labour manifesto is both fairly (but not as extremely as it might have been) left wing and reminiscent of their 2015 offering. Given the manifesto's primary audience, this is an eminently sensible approach.

And the data will have also shown that another group who are open to voting Labour this year are the young and the most socially disadvantaged.  Evidence that this group is a significant target for Corbyn can be found in the party's investment of resource in encouraging these people to register to vote.

Corbyn's calculation will be that if he can get those who voted for Ed Miliband's Labour Party in 2015 to turn out, and add a chunk of people who didn't vote at all, he will achieve over 31% share, and thus have a realistic chance of carrying on as Labour leader. 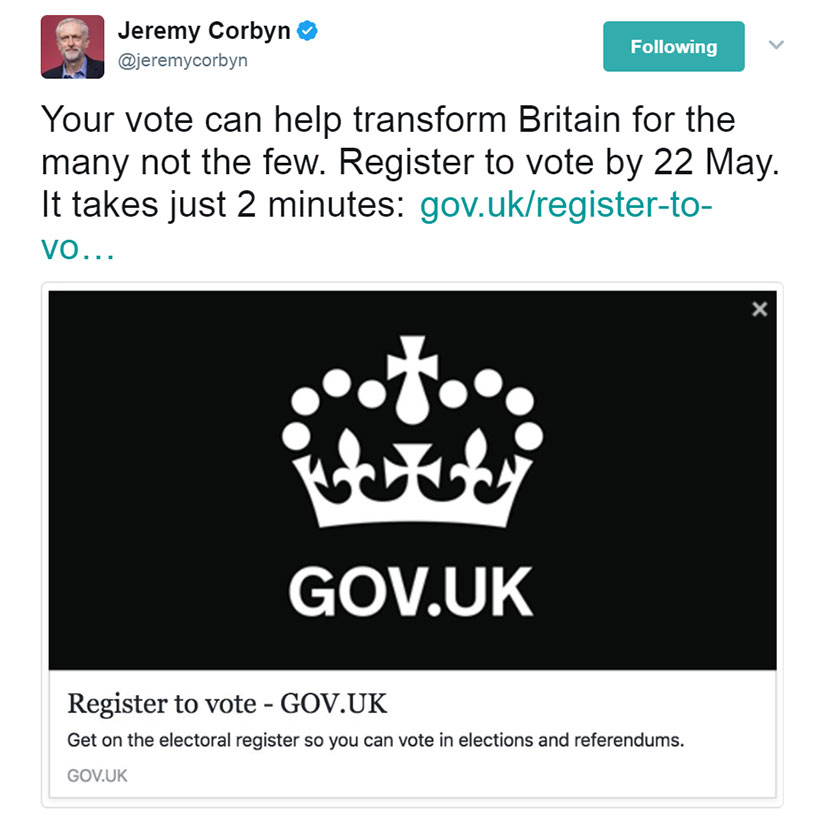 Corbyn is holding big public events in safe Labour seats and spending remarkably little time in marginal constituencies.  He turns up to rallies, looks full of energy, and makes rousing speeches designed to stir the passions of those who are instinctively left wing.

This is smart for three reasons:

Firstly, because seats with high volumes of swing voters are likely to be put off by a visit from Jeremy Corbyn.  By deciding to let local candidates in these marginals run very separate campaigns (a quick glimpse at the leaflets in these seats reveals that Corbyn is entirely absent from campaign messaging) and eke out any Labour voters, he's freed himself up to focus his energy elsewhere. 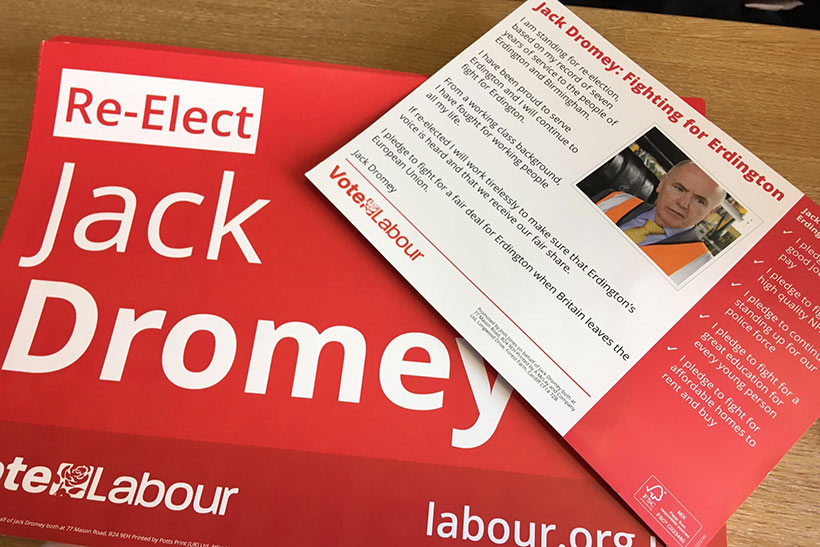 Secondly, because of the demographics of very safe Labour seats, Corbyn will be much more likely to get a greater number of people turning out for him by visiting a stronghold than by visiting a marginal.

If he were chasing a majority, this would be a crazy decision because in our first-past-the-post electoral system there is no reward for having an especially large victory in a given seat.  But he’s not chasing seats, he’s chasing overall share of vote, so it’s the smart thing to do.

And thirdly, by visiting places where he is popular, he is much more likely to draw a decent sized crowd.  Corbyn’s performances in front of hundreds of cheering people provide great pictures for TV news stations.  This earned media coverage will encourage wavering Labour voters – who may have been thinking about not bothering to vote for a lost cause – to believe that a victory may be possible.

There are plenty who would – rightly – argue that Jeremy Corbyn’s team is behaving appallingly by focusing the Labour party’s strategy and resources on maintaining his position as leader, rather than on winning seats.

Benedict Pringle is the founder of politicaladvertising.co.uk

Why there is only one party trying to win a majority