The Los Angeles Rams, poised to play their first season this fall at under-construction SoFi Stadium, unveiled a new logo designed by Nike.

In a video promoting the bright royal blue and golden "sol" yellow design, reminiscent of neighboring UCLA’s team colors, a Nike designer noted that it was the first time they company had designed a new uniform and logo in conjunction with each other.

"The uniform design and the identity, never have we joined all of them together into one cohesive, comprehensive project like we have for the first time to the LA Rams," said Steve McClard, senior design director at Nike, in a promotional video for the new look. 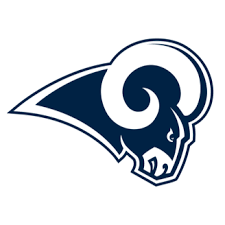 The new treatment is much bolder, simpler and altogether splashier. It also signifies a return to the brighter blues and golds the Rams used in the past.

"The process for doing a rebrand is very extensive, especially when the ask is, it’s all open, we are open for any kind of change here," said Shandon Melvin, vice president and creative director at the NFL in the video. "Yes, we have a really great iconic history here in Los Angeles, but it is all on the table. We want to look at everything. That was certainly the case here."

The logo features prominent use of the letters, LA, as it emblazons its return to the city in 2016, after years in St. Louis.

Twitter fans and sports radio hosts weren’t immediately fans. The hosts of Los Angeles AM 570 sports radio show, Petros and Money, described the big LA feature as looking "thirsty," featuring "an odd LA font and an even odder horn resign out of the A."

Let's hear it for the 'Girls,' says Farmer Boys