Latest film asks: do you really need to fly next time?

KLM, the Dutch airline celebrating its 100th anniversary this year, has launched a press and online campaign inviting the world to "fly responsibly".

Created by Dutch agency DDB Unlimited, it features an 80-second online film and a press execution in the form of an open letter from the airline’s chief executive, Pieter Elbers.

The letter invites other airlines "to work together to create a sustainable future for aviation", such as by using KLM’s certified carbon offset programme and by joining a corporate biofuel initiative.

The film focuses more on the decisions that air passengers make and poses questions such as "Do you always have to meet face to face?" and "Could you take the train instead?".

It concludes with the disclaimer that "no actual flights were taken for the making of this film".

The film was produced by Czar.

The Air France-KLM group has ranked in the top three of the Dow Jones Sustainability Index for the past 14 years, but KLM said efforts by one player in the industry alone were not enough.

Ed van Bennekom, creative director at DDB Unlimited, said: "When we first created the line ‘Fly responsibly’, the whole team instantly had the feeling that this could be big. And it grew bigger and bigger.

"'Fly responsibly' is much more than an awareness logo. It’s a movement inviting the entire aviation industry, and air travellers, to join forces. We hope other airlines will follow soon and embrace this initiative."

The press work is appearing in about 40 newspapers around the world, including The Sunday Times and The Guardian in the UK. 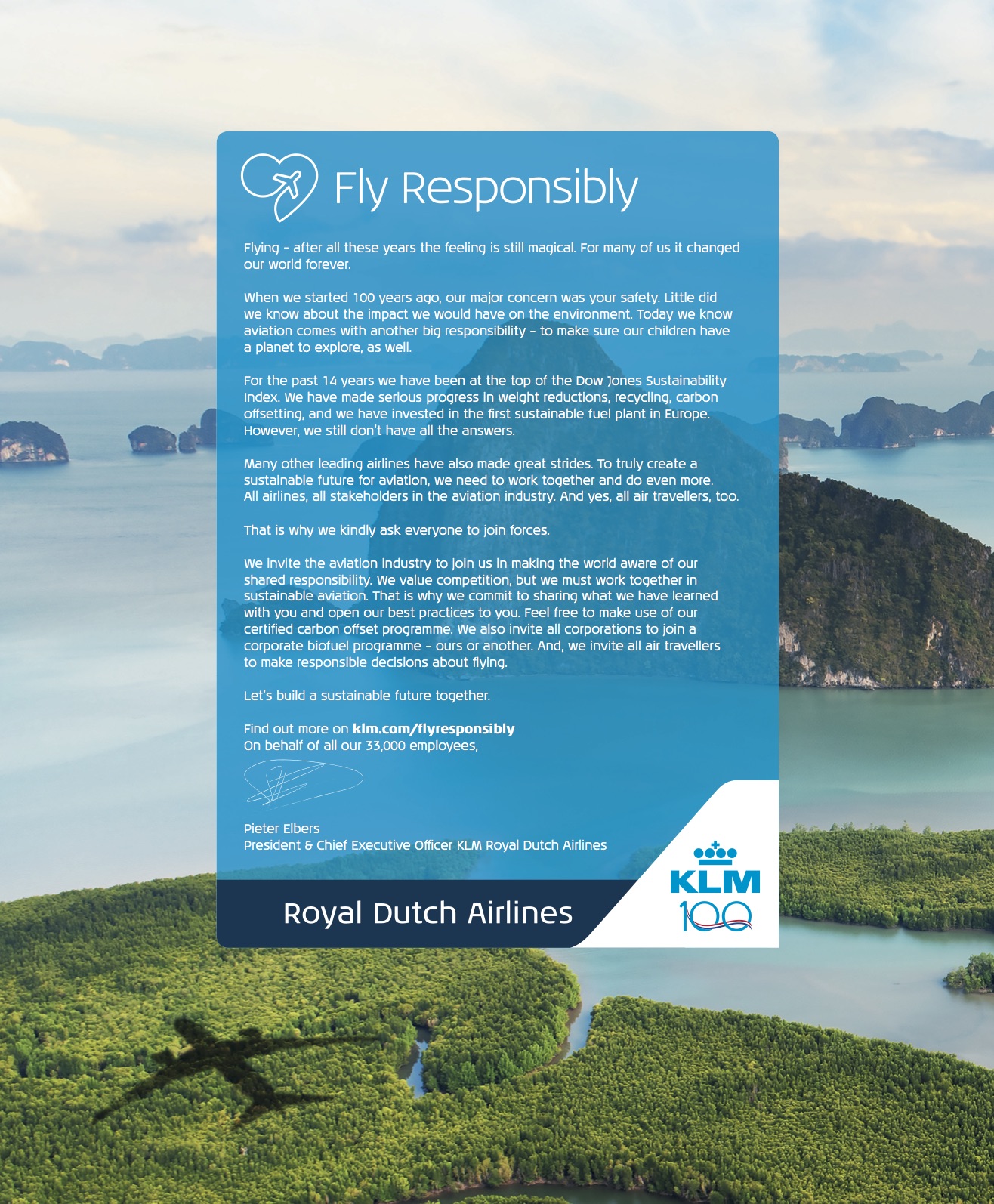