KFC's campaign featuring a dancing chicken was the most complained about ad last year, according to the Advertising Standards Authority.

The ASA compiled a top 10 list after receiving 29,997 complaints about ads last year. Of those, KFC’s ad had the most with 755 complaints.

While the majority of the ASA’s work is in response to complaints of ads being misleading, the campaigns that made up 2017’s list were all challenged on the grounds of offence.

The full list of most complained about ads is below.

KFC’s ad featuring a chicken dancing to rap, the debut work for the brand by Mother, received complaints that it was disrespectful to chickens and distressing for vegetarians, vegans and children since it depicted a bird headed for slaughter. The ASA ruled that it was unlikely the ad would cause distress because there were no explicit references to animal slaughter.

Moneysupermarket.com’s campaign also featured in the ASA’s top 10 most complained about ads in 2015 and 2016. 2017’s spot, which showed two squads in a dance-off, got complaints from people who found it to be overtly sexual and possibly homophobic. But the ASA said the characters’ moves would generally be seen as dance moves and not in a sexual context. 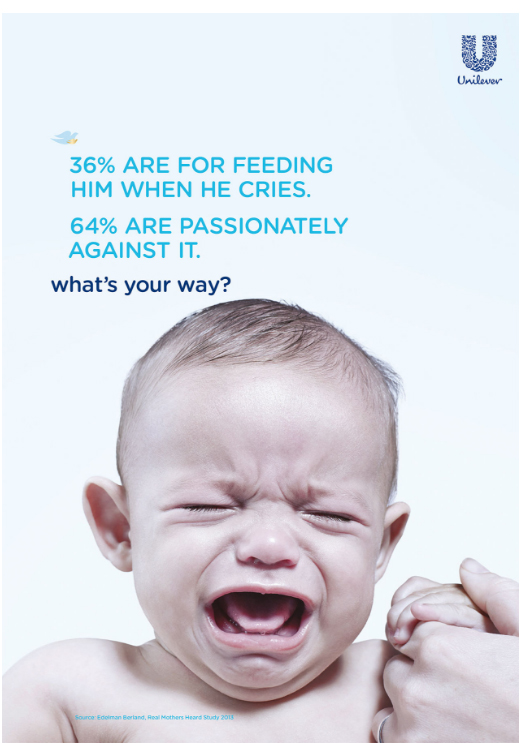 After Dove made a series of ads containing statistics and opinions about public breastfeeding, many criticised the language because it might encourage breastfeeding shame. The brand apologised and pulled the ads.

Match.com’s ad starring a lesbian couple kissing passionately appears on the list for the second year in a row. While people complained it was too sexually explicit for children to see, the ASA ruled it did not cross the line. Over the past two years the ad has attracted nearly 1,200 complaints.

McDonald’s ad by Leo Burnett London featured a boy talking to his mother about his dead father. The son finds comfort when he learns his dad also loved McDonald’s Filet-O-Fish burger. After people argued that the ad trivialised grief and could cause distress to those who have experienced loss, McDonald’s apologised and pulled the campaign.

A fictional Hollywood starlet shares her best kept secret for maintaining good toilet etiquette – using the air freshener V.I.Poo spray. While many people found the toilet discussion unsavoury, the ASA ruled it was a light-hearted way to introduce the product and that the ad’s reference to "devil dumplings" did not break the regulator’s offence rules.

Currys PC World’s Christmas ad by Abbott Mead Vickers BBDO showed parents telling their children that they would like to celebrate the holiday without gifts, then revealing the joke by showing their upset kids a new TV. Complainants believed the ad was offensive for promoting materialism and equating Christmas with TV rather than Christianity, but the ASA said it was meant to be humorous and did not ridicule the religion.

O2’s ad by VCCP about free screen replacements stirred complaints for featuring two men kissing. Many people said the scene was too sexually explicit when children were likely to be watching, and that the same-sex relationship was offensive to their religious beliefs. The ASA disagreed, ruling that the depiction of a gay couple would not cause serious or widespread offence.

Viewers complained that Macmillan’s fast-moving ad by VCCP about a dad dealing with cancer was overly graphic and distressing. The ASA believed it appropriately addressed the serious nature of the illness.

10. Maltesers "Look on the light side of disability" (92 complaints): Not upheld

Maltesers appears in ASA’s top 10 list for a second year. Its campaign showing disabled people in everyday situations included one ad in which a woman in a wheelchair jokes about sex with her boyfriend. Complainants argued it was overly sexual and offensive to portray the disabled woman in this manner. However the ASA ruled the ad’s post-9pm slot was sufficient and thought the woman’s romantic encounter would not cause serious or widespread offence. The regulator also said it championed disability rather than denigrating those living with disabilities.

How I learned from advertising's dark arts

ASA confirms new rule on gender stereotyping is coming in 2018

Should the ASA regulate political advertising?