In his first ever interview, KFC marketing chief David Timm tells Marketing why he's on a mission to make consumers fall in love with the brand as it turns 50.

Speaking to Marketing in his first interview as chief marketing officer for KFC UK & Ireland, David Timm reveals why he’s driving reappraisal of the brand to give it emotional edge at a time of "transformation".

KFC, like many brands in the fast food sector, has found itself struggling to maintain relevance amid an onslaught of emerging macro trends that include casual dining, personalisation and healthy eating.

As the competition evolves, KFC is fighting for market share not just alongside fast food giants like McDonald’s and fried chicken shops but with burrito chains, increasingly sophisticated supermarket ready meals and even the likes of Starbucks, all of which are muscling in on the UK's booming casual dining sector.

Scroll down to watch video interview

As the brand turns 50, it is recovering from what Timm admits is a bad year. After a decade of consecutive growth, in 2013 net income for parent company Yum!, which also owns Pizza Hut and Taco Bell, tumbled 32% and total revenues dipped 4%.

Against this backdrop, it has been a busy year for Timm since he took over the reins from Jennelle Tilling in December 2013. The business is fighting to "bounce back" and claw back sales, and marketing is an important part of the plan.

Over the course of his 13 months in the role, Timm has been plotting how to create an emotional connection with the brand. By his own admission, consumers are in love with KFC food but they are not in love with the brand. His priority is to bridge the gap and broaden the appeal of KFC beyond high frequency fried chicken fans. 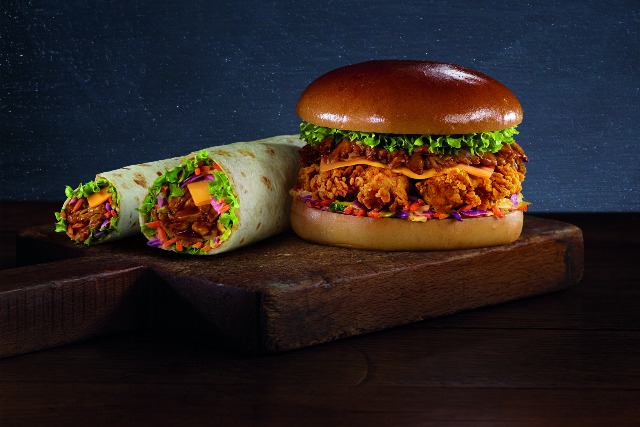 The business is already investing in driving appeal. In September it added a non-fried pulled chicken range to the menu - the biggest overhaul to its menu in 20 years and an significant innovation because unlike most of its fare, it's not fried.

The move suggests KFC is tapping into the trend for fresher, healthier fast food. But the fight is also a marketing-led one. Timm wants to move away from pure tactical product campaigns to emotionally led advertising.

To that end, KFC’s ad agency, BBH, has been briefed to focus on creating brand campaigns that tug at the heart strings, rather than focus exclusively on price or product, as it looks to connect with its customers.

The strategy is to make KFC a brand "available for everybody".

The most recent ads, featuring love and family, are emotive and sentimental and aimed at positioning KFC as a family meal time option.

Its Christmas spot tells the tale of a selfish boy who finally learns to share with his family thanks to a bucket of KFC chicken, while others including an ad to promote its 'brownie bucket', show a divided family connecting over a KFC. In both ads, the branding is held back until close to the end of the spot, with the families in the fore.

Timm also wants to do more with digital. With the aim of abolishing silos and creating a more collaborative, joined up culture he has restructured the team. Digital now sits within the marketing team.

KFC's advertising model and approach to media "has changed completely", Timm claims, and with that the marketing mix has also been put under the microscope "philosophically and practically", with the brand spending more on digital. 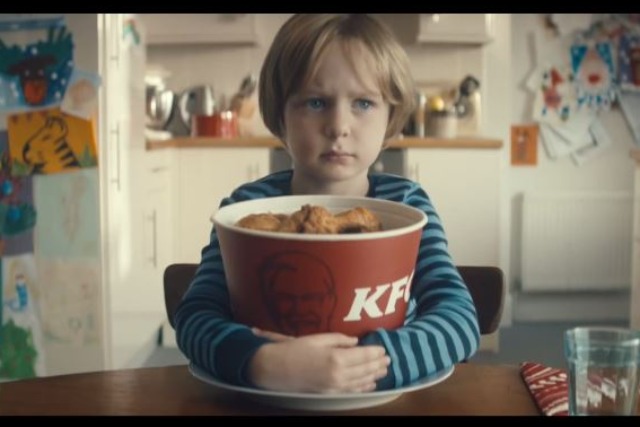 "I think we were very TV led, TV dominant – and TV’s still really important to us, it’s still the majority of our media mix - but we are complementing that with other mediums, outdoor and digital, radio.

Though the overall marketing budget remains "roughly" the same, more cash is being channeled into digital marketing. KFC has been, he admits, "a little bit behind" on digital but the brand is catching up.

Driving a more emotionally led style of advertising is a "different approach" to marketing for the brand that has been informed by neurostudies in consumer behaviour.

The assumptions that have traditionally informed brands about consumer choices have changed, Timm says, and marketers now know people "are not rational and do not make rational decisions" but make "emotional decisions that are "context dependent". KFC is aiming to create that context.

"It’s not that we have any more [analytical] rigour; it’s just a different lens," he says. The studies helped KFC recognise it was creating a "very strong product message" but not complementing it with a strong brand message. 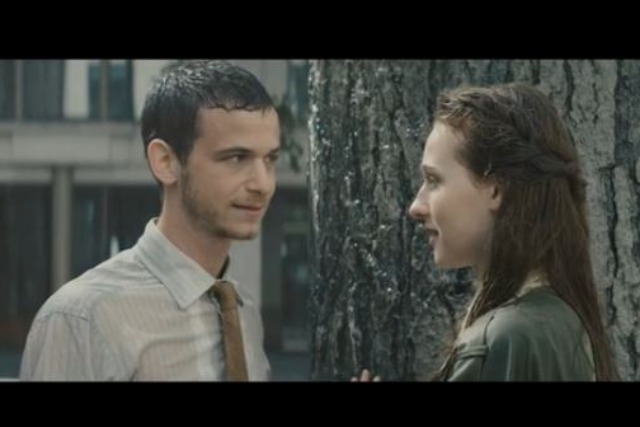 KFC is now looking to "connect with [consumers] on an emotional level rather than appeal to the rational side of their brain."

"Marketing as a whole is undergoing transformation," he says. "We now know through neuroscience how people’s brains work and what affects their decision-making. So what we’re trying to do is take the new knowledge and say- this is how we put it together, this is how a brain actually works – and this is how we should be marketing."

Converting the "love of our product into the love of our brand" is KFC’s "biggest challenge" and its biggest opportunity. Driving reappraisal includes experimenting with new restaurant designs and products, translating the brand feel into the store experience.

KFC’s redesigned Bracknell branch, where Marketing met TImm, speaks volumes for how the brand wants to be perceived. It’s a state of the art concept store, complete with a coffee bar selling muffins, a digital ordering system and a bright, clean and crisp design. It’s a far cry from some of the busy KFC restaurants up and down the country where the overriding feel is chaos, rather than stripped back calm.

Flashes of the brand’s trademark bold red are visible throughout the design of the store, but the colours are softer and more neutral. The walls are adorned with arty pictures of ingredients and flavours and a digital display shows order numbers, much like an Argos.

The open kitchen, designed to highlight transparency, is chrome coloured and much larger than in a typical restaurant.

The large coffee bar, with breakfast muffins and pastries on display, takes up a third of the counter space. It is part of KFCs plans to win some of the breakfast market and win sales from caffeine hungry customers.

Timm assures KFC will never shy away from its fast food image and fried chicken heartland, but everywhere, competitor brands including Starbucks, Nando’s and Chipotle are channelled into the look and feel of the store, paying homage to the trend for casual dining that has seen the proliferation of premium affordable brands like Wagamamas and Byron Burger.

Elsewhere, KFC is trialling breakfast menus, burritos and even click and collect on a small scale to test-bed where it might tap into changing consumer tastes and offer enhanced convenience, hooking into "whatever we think our consumers need and designing around that." Pulled chicken, a major launch for KFC, is an example of how the business is investing in changing tastes, in this instance the trend for "Americana" BBQ pulled meats and non-fried foods. 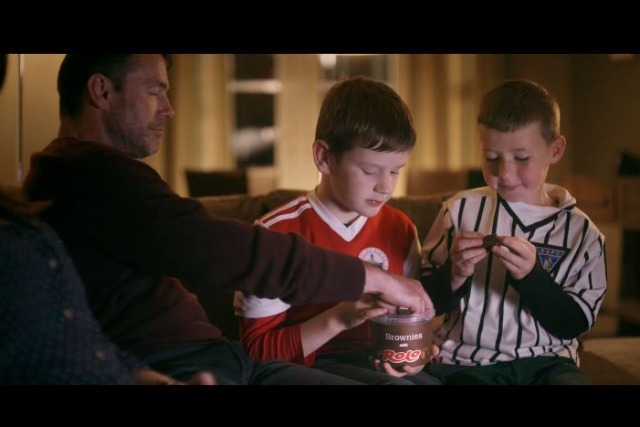 Lines of competition are blurred

"The lines of the competition are continually blurred," Timm explains, "In reality we compete with other fast food outlets most directly but we also compete with coffee shops for beverages, supermarkets for convenient take home meals....I think as an industry we have a challenge around all of the trends that are growing–like healthy food, [and increased] choice.

"The challenge is how to remain modern and relevant but still true to who we are."

In remaining modern and relevant the business challenge is to improve the customer experience. The operational side of the business – investing in infrastructure, assets like digital screens and store upgrades – takes time. Advertising on the other hand is something that can be "fixed fast" but the business and the brand cannot be divorced, he says.

"The most important thing for our brand is the customer experience. What you see in advertising is important but not nearly as important as what the brand actually delivers."

Timm remains tight lipped around plans to celebrate KFC's 50th anniversary, despite being asked three times revealing only that there will be a heritage campaign this year.

The colonel - a "fundamental" part of KFC’s history, will be "part of the story" – though Timm promises he won’t be making a comeback.

For now, Bracknell might be the only KFC concept store of its kind but it nods to the brand's vision for the future. The challenge for Timm will be maintaining relevance as it turns 50.

Why marketers must beware the rise of 'neuro-b*llocks'

Not lovin' it: mixed reactions as McDonald's kicks off new "signs" campaign