The initiative launches in time for International Women's Day.

Keds has revealed a new campaign that seeks to redefine what it means to "act like a lady."

When the brand launched in 1916, women were expected to wear heels, but that changed with the introduction of the Keds Champion sneaker. The new campaign revitalizes the brand’s "Ladies First" tagline by encouraging women to speak their minds, use their voices and share their own identities with the world.

"The Keds brand is really embedded and has strong ties to female empowerment going back throughout our history," said Gillian Meek, president of the brand.

Meek told Campaign that female empowerment "isn’t a conversation anymore - it’s part of culture and it’s happening in the moment and we believe it’s here to stay."

The Keds brand itself is run by an all-female executive team.

In addition to a video and refreshed content with copy like "I am empowered," the campaign is leveraging its community of female collaborators to support its mission. Keds will also use targeted media placements and podcasts to increase buzz, as well as customer partnerships with the likes of The Skimm. The brand worked with See Me Creative and iProspect on the effort.

The initiative is still targeting the same consumer that it’s been after for about two and a half years, which is women in their mid to late 20s who are establishing themselves and looking for personal and professional balance, said Meek.

A few years ago, Keds tapped popstar Taylor Swift as its brand ambassador, but Meek said the brand decided to go after female-owned and operated companies and entrepreneurs this time because "they have the same approach to female empowerment and supporting women."

On Monday, Keds is hosting an event ahead of International Women’s Day at The Wing called "Finding Your Voice, which will include talks from Elaine Welteroth, writer and Project Runway judge; Cameron Russell, model and activist; and Yari Blanco, The Wing’s head of diversity and inclusion. The initiative will also be expanded globally, with a c-branded event in the U.K. in partnership with Allbright, and an upcoming activation in Brazil.

The goal, Meek said, is to have consumers look at Keds in a more modern way, while still leveraging the brand’s rich heritage and ties to female empowerment. 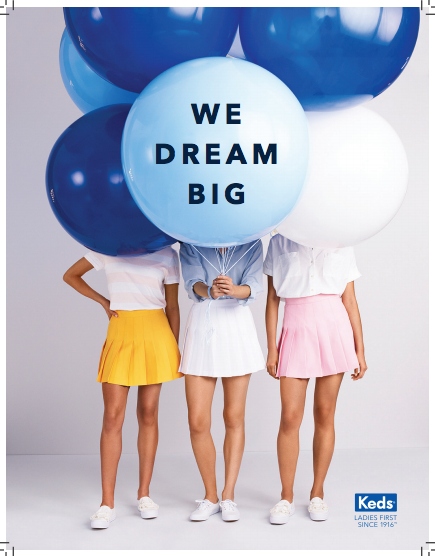 The myth of being behind

Wavemaker becomes first media agency to partner with Out in Tech

'Companies hire for diversity and beat it out of them': Challenge culture to fix inclusivity