Just Eat will sponsor ITV's The X Factor in a £30m deal over two years that will see the food order app launch TV idents, behind the scenes content and ticket giveaways.

The deal is worth £15m a year, and comes after TalkTalk ended its ten-year relationship with the singing contest show created by Simon Cowell.

Just Eat will launch "Chef Factor", a nationwide search for real chefs to star in the TV idents that appear at the beginning and end of commercial breaks during the show. 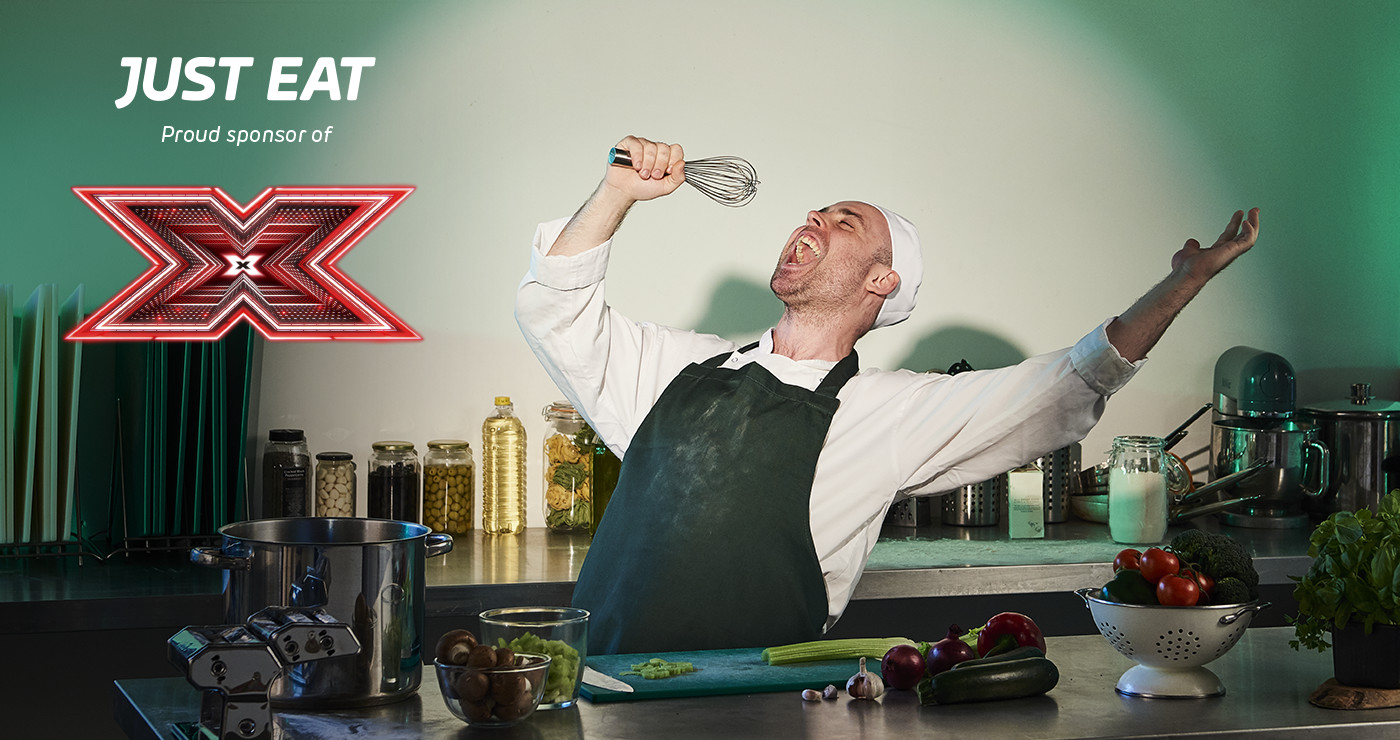 The new partnership will go live when series 14 of The X Factor airs in the summer. The sponsorship was negotiated by Just Eat’s media planning and buying agency, M/SIX, while Just Eat’s ad agency Karmarama will handle the creative.

Barnaby Dawe, chief marketing officer of Just Eat, said: "It’s a great fit for both brands as we each play a key role for millions of people every weekend. Last year over 39 million people watched The X Factor, so the partnership will give the Just Eat business a fantastic opportunity to reach an even broader audience.

"We are especially pleased that we can use The X Factor sponsorship as a platform to celebrate our restaurant partners and drive orders to all of them."

The new deal follows Just Eat’s 2016 sponsorship of the official X Factor App, which was downloaded over 2.3 million times, according to ITV.

ITV opened talks at the end of last year for a new X Factor sponsor after TalkTalk chose not to renew its current three-year deal, which was reportedly worth £10 a year. ITV told agencies it was looking for £15m a year.

There could also be opportunities for product placement subject to Ofcom approval.

The X Factor remains one of ITV’s most popular entertainment shows but ratings have fallen significantly in recent years and lagged behind its BBC rival Strictly Come Dancing in the Saturday night audience battle in autumn and the run-up to Christmas.

Last year’s final, in which Matt Terry won the competition, attracted an average of 7 million viewers – down 15% year on year – its worst audience on record for a final since the show first launched in 2004.

Last year ITV agreed to renew The X Factor until 2019 and earlier this year debuted its first series of The Voice, the singing talent competition bought from the BBC.

Simon Daglish, deputy managing director, commercial, ITV, added: "The X Factor is one of the biggest shows on TV and Just Eat were a big part of the last series as sponsors of the official app. I’m delighted that they will be extending that sponsorship for the new series and joining together two brands well known for creating fantastic weekends."

Keeping it real: how TalkTalk is avoiding the pitfalls of 'real people' advertising

TalkTalk expects marketing spend to increase over next 12 months

Just Eat marketing boss: TV is the single biggest driver to my business

Disney, Just Eat and Philips on nurturing a brand

Just Eat: voice technology will make your phone as good as a human