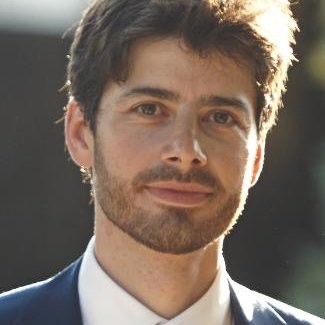 Just Eat has recruited an easyJet data scientist who is credited with helping the airline make huge savings.

Alberto Rey Villaverde, head of data science and yield at easyJet, is set to take the role of chief data officer at Just Eat, where he will be reunited with interim chief executive Peter Duffy.

The pair worked for Dame Carolyn McCall, now chief executive of ITV, when she led easyJet through a period of strong revenue and share price growth.

Villaverde has been at the airline since 2006 and was seen as a leading brain behind easyJet’s dynamic pricing and data science.

For his masters degree in data mining at the University of Westminster in 2011, he created an "artificial pricing manager" that "helped easyJet make significant savings", according to the university’s website.

However, the online takeaway ordering service has previously said it wants to invest more in its "brands, data and user experience" to build "a world-class, digital global team" and drive growth.

Data is increasingly seen as a key battleground for digital and ecommerce businesses.

Just Eat is also midway through a global media buying review to streamline its marketing operations.

Duffy, who joined Just Eat as chief customer officer last year, kicked off the media pitch in January. He took on the interim role of chief executive when Peter Plumb unexpectedly quit on 21 January after just 16 months in the job.

Revenues and profits "surpassed" expectations last year, but investors have worried about increased competition from rivals such as Uber Eats.

Just Eat has said it expects investment in marketing and technology to increase.

"The main drivers for future order growth are the continued investment in marketing, which helps drive brand awareness and drive customer traffic to the group’s platforms, and the investment in technology, which ensures the platforms are stable, secure, efficient and scalable," Just Eat said in its annual report.

The company spends £140m a year on marketing and this figure is growing.