Meanwhile, smaller shops transforming with client want for more project-based work are coming out on top, according to figures wrangled by consultancy firm R3 Worldwide.

Greg Paull, co-founder and principal, said: "This month again suggests that the AOR concept is on life support.

"While DDB stepped up to be Kroger’s first AOR, at the same time, their McDonald’s partnership saw business move out to Wieden + Kennedy for specific scopes.

"From Anomaly to Mother to Berlin Cameron, boutique agencies set up to manage project-based business are flourishing."

Mother took home the biggest creative win in July with Sonic Drive-Ins, according to the research. That was closely followed by Camp + King’s Papa John’s Pizza snag and McDonald’s project win for Wieden+Kennedy.

However, DDB topped out the global league with an estimated overall year-to-date revenue of $111.2M following its Kroger win and Volkswagen UK loss.

Ogilvy followed in second. The WPP shop has an estimated overall year-to-date revenue of $83.7M and recently won Japan Airlines. 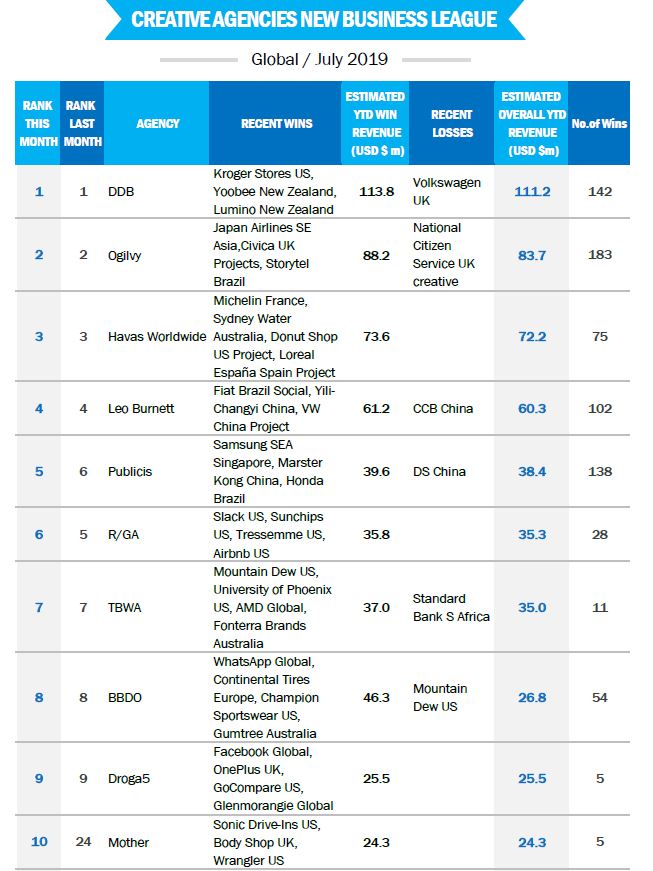 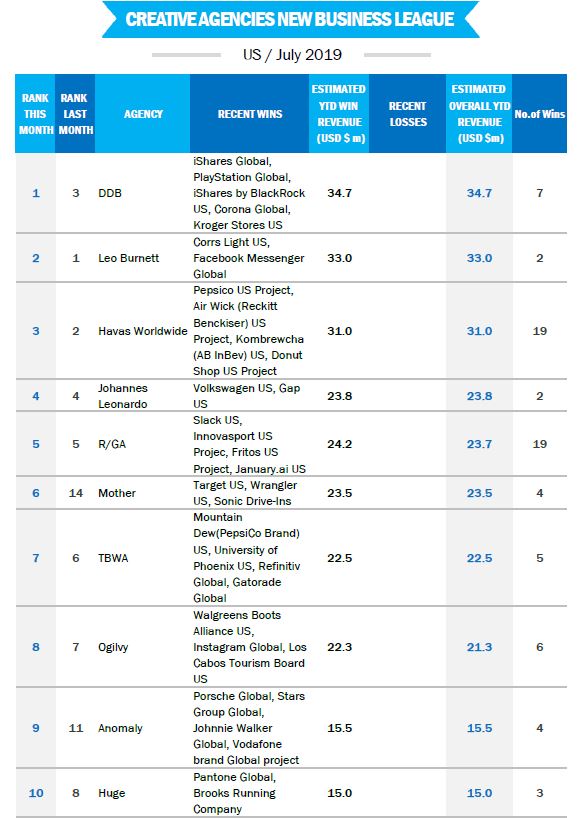 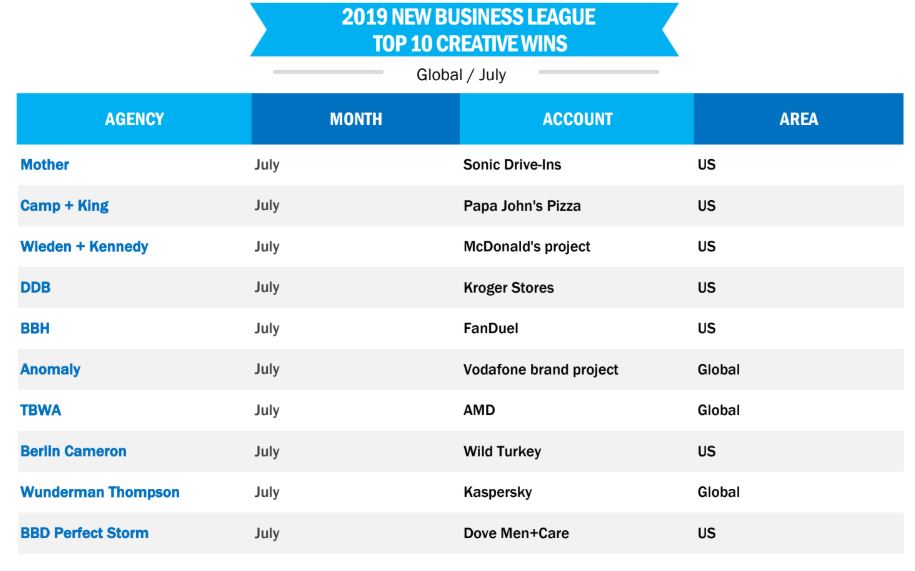 How Ally bank created lasting love in a loveless category