The most creative and successful marketing messages are genuine, truthful and full of humanity, explains Jonathan Mildenhall, CMO of Airbnb.

Find out who else is in our Power 100 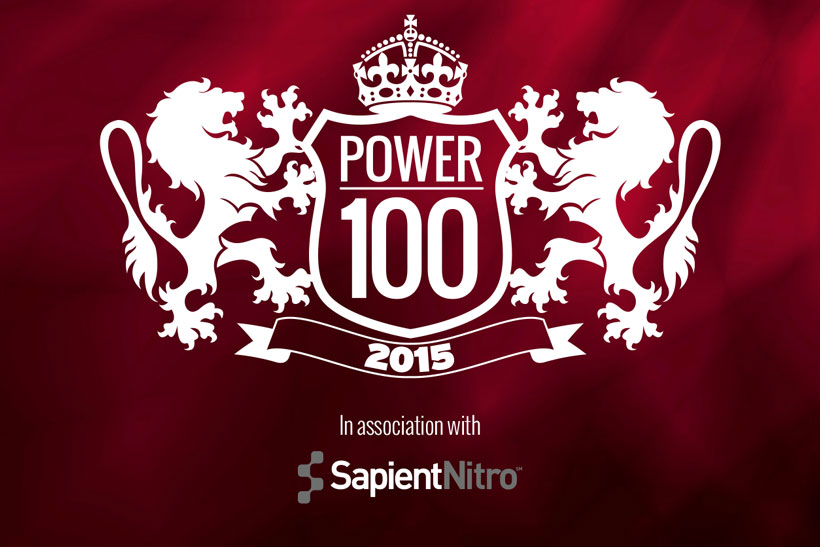 Growing up on a council estate in Leeds was a tough start for my four brothers and me. We did not have much in the way of money. In fact, we barely had enough to eat and hand-me-down clothing was the norm – just as it was for the other kids on the estate.

Bad as it was, I would not change a thing. My mum taught me that the important things in life do not cost a thing. She taught me about respect, compassion, empathy, emotional intelligence, warmth, positive energy and love.

In essence, she taught me about humanity and how to be the best possible human being. Back then, I had no idea how her words of wisdom and lessons in humanity would continue to inspire me and influence the work I do each and every day.

As a teenager, I started exploring my interest in the creative industries. I established a reputation for being passionate and knowledgeable about fashion, music, film, art and pop culture, and this became the foundation for my career in advertising.

One of my first insights into the ad industry was how it creates enduring value when the pursuit of creative excellence is protected, nurtured and enabled by creatively driven marketers. Once that foundation is established, creativity is the sustaining competitive advantage.

Don’t just take my word for it. Think Volkswagen. Sweat Nike. Call Apple. Drink Coca-Cola. Book Airbnb. All these brands point to a history – and, in the case of Airbnb, a brief history – of outstanding creativity.

Little did I know that this passion for creativity and creative people would make an impact on some of my most important work. As Steve Jobs so brilliantly stated during his commencement speech at Stanford University in 2005: "You can’t connect the dots looking forward, you can only connect them looking backward. So you have to trust that the dots will somehow connect in your future."

As I built my career in marketing, I was given the responsibility to help steer the world’s most valuable brand, Coca-Cola.

It was an intimidating ask – how does one add value to what is already so well established? I started by spending my first three months hanging out with Phil Mooney, the lead archivist at Coke, who presides over a treasure chest of memorabilia, deep in the basement of its headquarters. This is a commercial archive that includes original Warhols and Rockwells among many other fine pieces.

Through the stories that Phil shared with me, it became clear that previous generations of world-class marketers at Coke understood how to fuse real, authentic humanity with stories that were creatively surprising and yet familiar. Over the next seven years, we produced some amazing work, including ‘America the beautiful’ and ‘Small world machine’, which won 11 Cannes Lions.

In 2013, Coke was recognised by the Cannes International Festival of Creativity as the Creative Marketer of the Year.

That said, the fact I am most proud of is that, at the time of the award, Coke’s share price hit an all-time high, reflecting the fact that more people were simply drinking more Coke. More unquestionable evidence that outstanding creativity and outstanding commercial success do go hand-in-hand.

Many factors excited me about joining Airbnb, but the most compelling was the community of hosts and guests – there are more than 1m homes on the platform and more than 35m people have stayed at an Airbnb property to date.

The community shares some of the most authentic stories of human connection and some transformational experiences. For the first time in my career, the brand’s truth naturally generates the brand’s stories.

The real truth in marketing is not something that a lot of CMOs want to embrace.

The role of marketing is to listen to the community of hosts, who open up their homes to strangers each and every night, and curate the best stories. The first such story I came across was of two young soldiers, who were forced to guard the opposite sides of the Berlin Wall.

Twenty-five years after the wall came down, they were unexpectedly reunited via Airbnb, when one became the guest in the other’s home. All we had to do was tell this amazing story and we did it through a beautifully animated film, which has since become Airbnb’s most viewed, shared and commented upon.

Similarly, as we planned Airbnb’s first global marketing campaign, we confronted an uncomfortable human truth – people find it weird to stay in a stranger’s home. They wonder: will it be safe? Will it be comfortable? Will I like the people? We created an integrated marketing communications campaign that confronted this concern head on.

It followed a single woman as she travelled around the world, meeting people along the way, finding a true sense of belonging in a new city and ending with a family connection. The voiceover nails her truth: "‘Dear stranger: when I first booked this trip, my friends thought I was crazy. Why would you stay in someone else’s house?"

The real truth in marketing is not something that a lot of CMOs want to embrace. Do I think this is a risky message for Airbnb? Not at all. Why? Because it’s human and it’s the truth. It’s emotional, it’s empathetic, it’s honest – all the things my mum taught me to believe – while also being creatively surprising and familiar. And that, as Coca-Cola proved, is how you ensure marketing creates a sustaining value for all.

Without good diversity data, we cannot evaluate where we are, says Aviva's Jan Gooding

Digital clichés need to evolve to give real value to the customer, says Easyjet's Peter Duffy

Could you be part of Marketing’s Power 100 Next Generation?

Trust me, I'm a banker