Pinterest has held the Pinnacle Awards for the first time, celebrating the most creative and effective uses of its commercial format, Promoted Pins.

The ceremony’s big winner is John Lewis, with Adam & Eve/DDB and Manning Gottlieb OMD, which picked up four awards for "Make it thoughtful": best single idea, best integration, the Pinnacle Award for "Do" – recognising the campaign most likely to prompt consumer action –  and the community choice award, voted for by Pinterest users.

The campaign was designed to prompt additional purchases by suggesting ways shoppers could make their gifts "more thoughtful" – by, for example, adding a recipe book to a cookware set.

Eva Bojtos, social media lead at John Lewis, said: "The campaignall stemmed from the desire to change the traditional shape of retail advertising in the lead up to Christmas, moving towards a more helpful approach to highlighting the gifting ranges at John Lewis that we knew would appeal to our customers.

"Since we first opened our doors, John Lewis has become the place customers turn to when they’re facing a whole range of life moments. Combining the trust and love people have for John Lewis with the capabilities and inspiration of Pinterest felt like a natural fit for us." 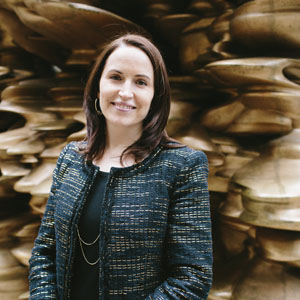 Adele Cooper, UK and Ireland country manager at Pinterest, said John Lewis was chosen because "the overall creative execution was very nicely done – the overall idea and the way they integrated the idea."

The nature of the platform, meant it was easier for brands to advertise on Pinterest than other social platforms, she added – including Facebook, where Cooper worked before joining Pinterest in June 2015.

"It’s a lot easier for brands to advertise on Pinterest, because the brands fit so naturally on the platform," she said. "There isn’t a need for it to come up with a really complex campaign – you just need to have content which is helpful and visually beautiful.

"Sometimes on other platforms, it is actually more complicated. People use Facebook for updates from family and friends, for example, so when a commercial ad appears, it can be quite jarring."

Pinterest first launched Promoted Pins in the UK last April. It was unable to provide figures, but said there were now "thousands" of advertisers using it in the UK.

It's all about me time

"Pinterest allows us to reach our customers when they are in the earliest planning stages, contextually fitting into their lives in a helpful, visual and inspirational way, which aligns to our promise of ‘Every Little Helps’," she said.

"The platform is a key place for us to both inspire and influence people, before they have made their mind up on what they want to do or buy."

The other award winners were:

Cooper acknowledged that Pinterest was more widely known for being used around major life events, such as weddings, buying a home or planning a major trip. But she said research carried out in the US found that a higher proportion of Pinterest’s users actually used it for everyday ideas.

Pinterest’s ability to competing effectively with other platforms, especially Instagram, stemmed from the fact that despite usually being classed as social media, the platform is not especially social, Cooper said.

"A key difference with Instagram is that on Instagram, you’re posting knowing your friends are seeing what you’re doing. Pinterest is very much a personal platform – you don’t pin with any regard for what others think. In general I’m indifferent to what other are pinning; it’s a platform I go to for me time."

Tesco introduces contactless Clubcard and joins up with Uber

Pinterest rolls out video ads in UK and US

Pinterest needs to work with agencies to attract brands

Why you shouldn't call Pinterest a social media platform