John Lewis has unveiled its hotly anticipated Christmas ad with new star Moz the Monster, who lives under a boy's bed.

The ad tells the story of a boy called Joe who is kept awake by a seven-foot imaginary monster named Moz. Joe befriends Moz and plays with him every night, but a lack of sleep starts to take its toll on him.

Moz finally leaves the gift of a night light under the Christmas tree for Joe and lets him get a good night’s sleep – but the boy realises he can bring his monster friend back anytime he thinks of him.

The ad launches today on social media and will first air on TV tonight during Channel 4’s Gogglebox at 9:30pm while simultaneously broadcast on all Sky’s own channels.

It was created by Adam & Eve/DDB and directed by French director Michel Gondry through Partizan. Gondry is best known for films such as Eternal Sunshine of the Spotless Mind and The Science of Sleep and also directed one of the most awarded ads of all time, Levi's "Drugstore" in 1994.

The soundtrack is a cover version of The Beatles’ Golden Slumbers by Elbow. The song, which happens to be a favourite of lead singer Guy Garvey, will be included on Elbow’s Best Of album released on 24 November.

Craig Inglis, customer director of John Lewis, said: "This year’s Christmas campaign brings to life the power of children’s imaginations and the joy of great friendships. Moz and Joe’s story is magical and heartwarming and I’m sure it will be loved by all of our customers, young and old." 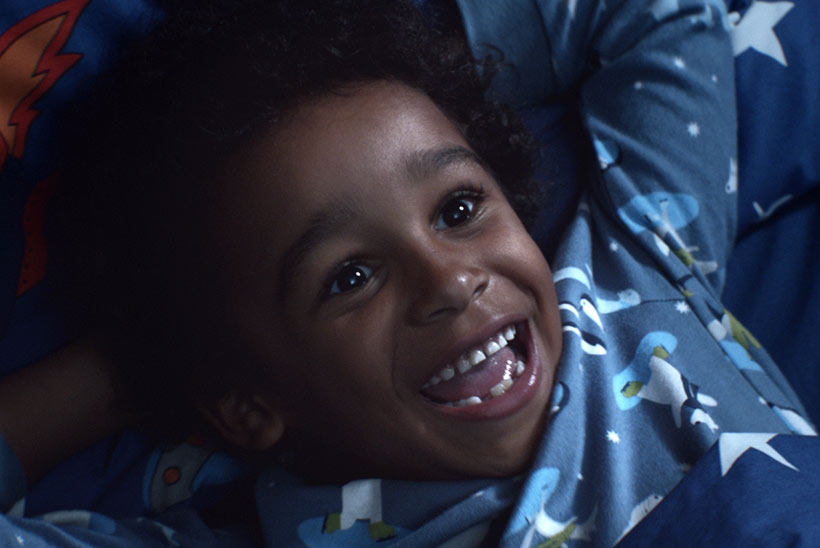 John Lewis began teasing the campaign earlier this week with social media posts and changes to its store signs around the country, which saw the "o" and "e" in its logo replaced with two eyes.

As in recent years the retailer has ramped up the digital component of its festive campaign. This time it has partnered with voice activation device Google Home, through which the story of Moz the Monster can be downloaded and customers can personalise it with their own sound effects.

Actress Sally Phillips reads the story, which has been turned into a children’s book, and it will also be available for download on John Lewis’ website and Sky boxes.

The brand is one of the first to use Facebook’s new AR technology, allowing users to "mozify" their face with the platform’s camera to resemble the character. In ten shops customers can create their own monster selfie at a Monster Maker station and post it on social media. 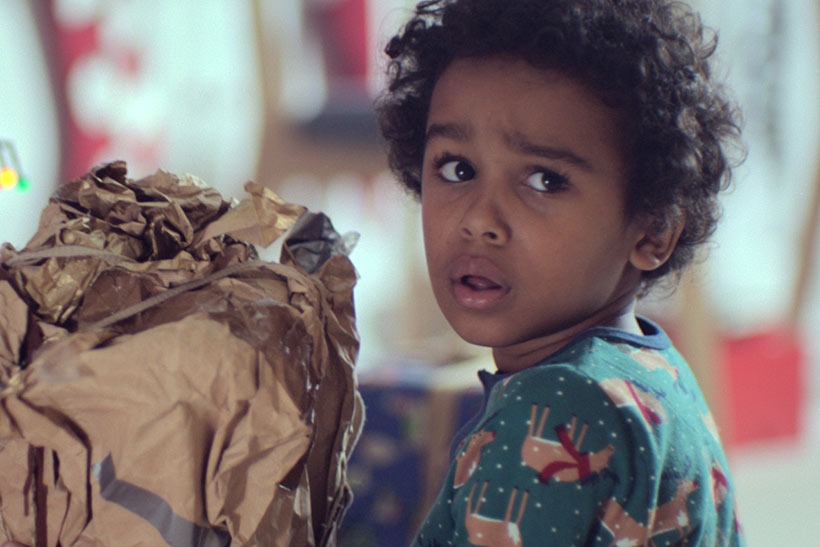 The retailer’s flagship store on Oxford Street in London will be transformed with a farting and snoring window recreating the room where Joe and Moz play together.

Merchandise on sale will include the storybook, a plush Moz toy, mugs, slippers and pyjamas. This year’s charity partner for the campaign is Barnardo’s, which will receive donations from the sale of Moz toys and mugs.

Gondry said: "When I told my ex-girlfriend I was doing the next John Lewis Christmas film she said: You have big shoes to fill, this John Lewis commercial must make people cry, don’t forget.  Last week I showed it to her and she cried. Phew."

Agency of the Year 2017: words from the winners

House of Fraser looks to the 80s for Christmas ad inspiration

Marks & Spencer bets on Paddington to save Christmas in 'most digital, personalised' campaign yet