Hearst has unveiled a new look for Jamie Oliver's monthly magazine since picking up the content publishing account last year. 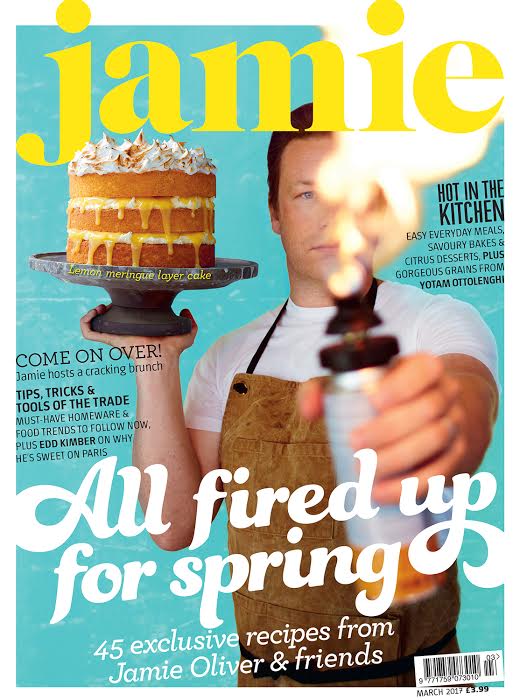 Next week’s relaunch of Jamie follows eight months of research by Hearst Made, the publisher’s content marketing division, in collaboration with Oliver himself.

This is the first revamp for the magazine since it was launched in 2008. It targets the "urban female foodie" market and puts Oliver at the heart of the magazine.

From its next issue on 1 March, the new-look title will feature exclusive recipes by Oliver and will be 1.5cm taller to help it stand out on the newsstand.

Oliver said: "I’m incredibly proud of the new look Jamie magazine and I’m excited to be relaunching it with my partners at Hearst. The mag feels fresh, exciting and super-relevant.

"It’s jam-packed full of content, from exclusive recipes you just won't get anywhere else, to foodie insight from my trusted circle of friends who’ll be sharing the lowdown on food trends, where to visit, what to eat and so much more."

The celebrity chef will also help promote the magazine by featuring in a Facebook Live event on 6 March between 5pm and 6pm.

Jamie won International Consumer Media Brand of the Year at the 2015 PPA awards, and reported a 5% increase over the previous six months in the latest ABC results.

Hearst Made won the Jamie contract last year after a competitive pitch. It was the second content publishing deal for Hearst Made after it won the Asda magazine account in 2015 and rebranded it to Good Living.

Bulks: the language around free distribution needs to change