An ad in a direct mail catalogue for fashion brand Jack Wills has been banned for using "sexually suggestive" images that could be seen by younger teenagers.

The Advertising Standards Authority received one complaint about the spring catalogue from February, which featured images of male and female models in their underwear drinking and dancing on a bed together.

The ban comes five years after Jack Wills was given a similar rebuke by the ASA, when its 2011 Spring Term Handbook was deemed to feature "offensive" nudity.

The copy read: "UNDERWEAR… Pure and comfortable cottons, or flirty delicate laces, whatever your choice, you can be sure it’s what’s underneath that counts." Large text at the bottom read: "…midnight MISCHIEF." 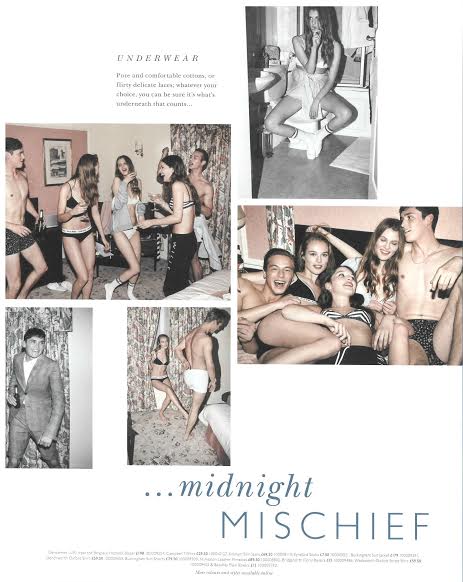 Another page in the mailer, which promoted "loungewear", featured images of male and female models on a bed in which one male model was topless with a woman while reading and another woman wore a bra with a strap falling off her shoulder.

The complainant, a mother, said the images were unsuitable in a clothing catalogue targeted at teenagers but Jack Wills said its brand was targeted at 18-24-year-olds at university.

When contacted by the ASA, Jack Wills said the catalogue was addressed and sent to the complainant, not her children, and was delivered in a sealed, opaque envelope. 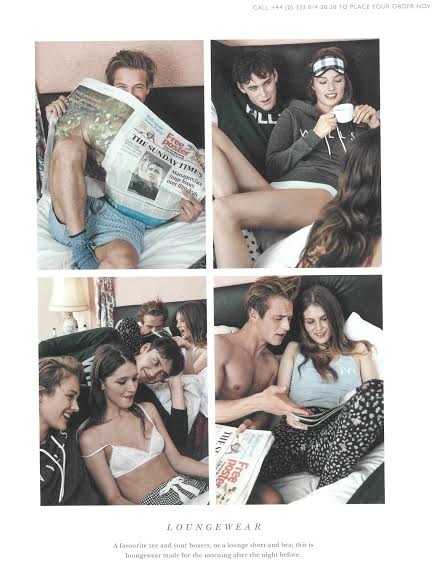 The brand also denied the copy used in the catalogue was sexually suggestive or inappropriate and that the images "showed a group of friends enjoying a weekend away, relaxing with each other and enjoying a pyjama party."

However, the ASA said the ad must not appear again in its current form and Jack Wills was warned not to use sexualized images and text that were inappropriate for younger teenagers which could have direct and indirect access to them.

In its ruling, published today, the ASA said: "We considered that this sequence of images, in conjunction with the text, was sexually suggestive as opposed to simply being flirtatious or playful."