'Fertility clinics recommend you practice injections on an orange. But you're not an orange.'

You know what the fertility sector needs a touch more of? Humanity.

The New Hope Fertility Center thinks so too. That’s why New Yorkers will notice a more relatable ad for IVF services on their commute over the coming weeks.

The brand, which has pushed the boundaries of fertility science to pioneer highly effective, less-invasive treatments, such as Needle-Free IVF, Mini-IVF with fewer hormones, and At-Home IVF procedures, teamed up with independent agency Terri & Sandy to create the "IVF Made Human" campaign. 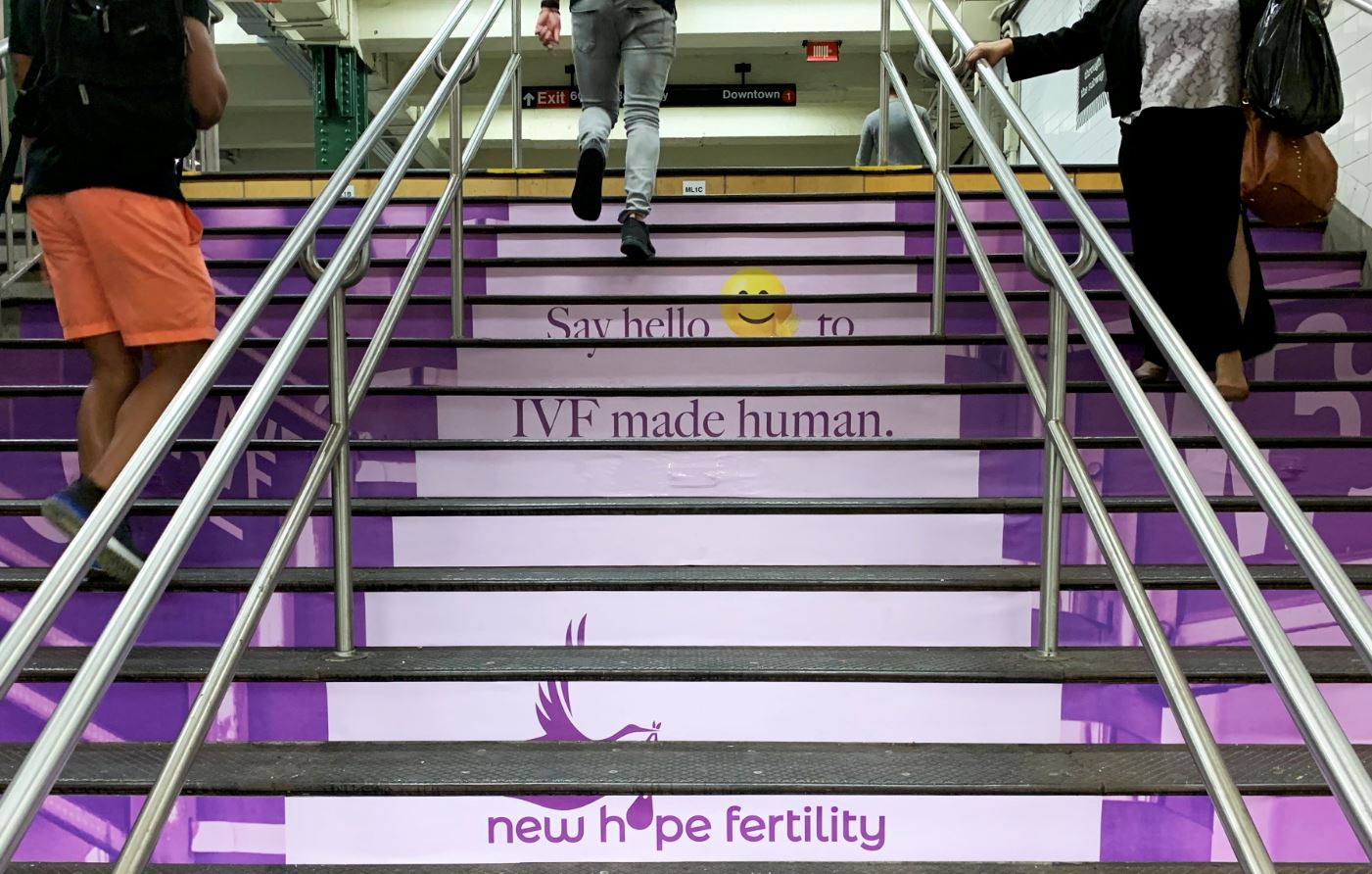 "We wanted to bring a more human tone to the IVF discussion, as the process itself often makes people feel quite the opposite, and that’s something New Hope is striving to change," said Sandy Greenberg, co-CEO of Terri & Sandy.

"The campaign, bold and graphic, leverages emojis to make it more relatable, and to capture the roller coaster of emotions women experience when their bodies are subjected to a multitude of hormones, shot after shot, and the exhaustive process of racing to the doctor every day for treatments." 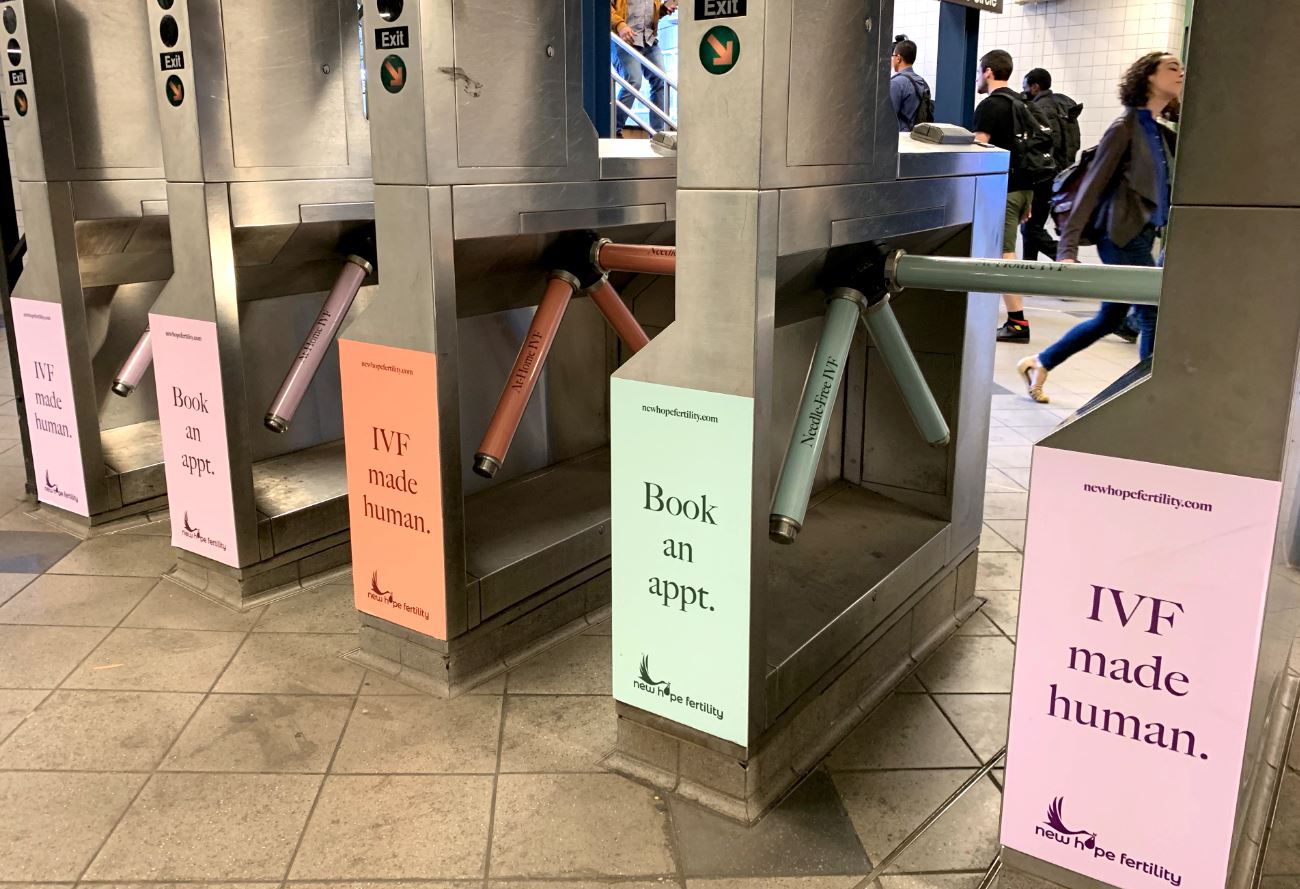 The centerpiece of the work is a takeover of the Columbus Circle subway station (across from New Hope’s flagship location and near many other fertility centers), encompassing digital billboards, walls, turnstiles, and stairs, which will be live until the end of October.

With locations in Manhattan and Long Island and 8,000 babies born to its patients since 2006, New Hope is growing its operations and client base rapidly. The company has previously marketed itself on a limited basis using social and search ads, but this marks the first time it has worked with an agency.