This was a showing of renewed optimism, confidence and long-awaited fun by ITV, Britain’s biggest commercial broadcaster.

ITV's Palooza showcased not only a decent programming slate for the year ahead – particularly in drama and sport – but also new advertising opportunities in addressable TV, contextualised targeting and even the "metaverse" during a glossy presentation at the Royal Festival Hall in London.

About 800 guests – ranging from advertisers, agency partners, celebrities and others – attended the event, which was held at the same location as previous Paloozas before the pandemic in 2018 and 2019.

The theme of the Palooza was “Better together”, Carolyn McCall, the chief executive of ITV, explained in her welcome address, and this was probably one of the biggest and glitziest gatherings of the UK advertising industry since the pandemic.

The atmosphere ranged from supportive to impressive, and even forgiving in the occasional moment it didn’t quite go to plan. Jokes about Covid and a “Peppa Pig moment” – referencing Boris Johnson's strange CBI address – went down well.

Kevin Lygo, managing director of media and entertainment, delivered a presentation full of wit and promise, which gave ITV’s spinners a few anxious moments as he ad-libbed about the after-party being a super-spreader event.

In the reality and entertainment TV space – some of the most fertile ground for brand partnerships – there was more of the same, with staples such as The Masked Singer, Britain’s Got Talent, Ant and Dec’s Saturday Night Takeaway and Dancing on Ice returning.

New programming additions include Starstruck – a new singing format where groups try to emulate stars such as Elton John; a music game show from Simon Cowell called Walk The Line and a gameshow fronted by Ant and Dec with the world’s first-ever limitless jackpot.

More impressive is ITV’s line-up of new drama. It includes a James Bond-esque drama starring Joe Cole called The Ipcress File, based on Len Deighton's novel of the same name, which was made into a seminal 1960s movie starring Michael Caine; a gripping drama about a son arrested on holiday called No Return; a new Jed Mecurio drama about a bomb disposal squad starring Vicky McClure; and what promises to be a moving biopic about the battle of Anne Williams to get justice for her son who died during the Hillsborough tragedy.

Highlights in the year ahead include the Six Nations rugby, Tour de France, England women’s football and the Fifa World Cup 2022 in Qatar.

“This is the first time the World Cup has ever taken place in the run-up to Christmas,” Williams said. “What a time to drive sales and share-of-voice launch campaigns and products in front of the biggest audiences of the year. Unlike the Euros, broadcast sponsorship is also available. There's plenty of time to plan and prepare and although we will happily work with one overall sponsor, if we can we would love to create more affordable, more accessible ways to partner with this global event.”

But absent from Lygo’s presentation were news and current affairs (beyond a shout-out to the news operation) and comedy (not traditionally a strength for ITV).

In response to the programming slate, Jenny Biggam, the founder of the7stars, told Campaign: "The drama was even better than I expected and the World Cup, in terms of timing and quality [of advertising opportunities in the run-up to Christmas 2022], is going to be a game-changer." 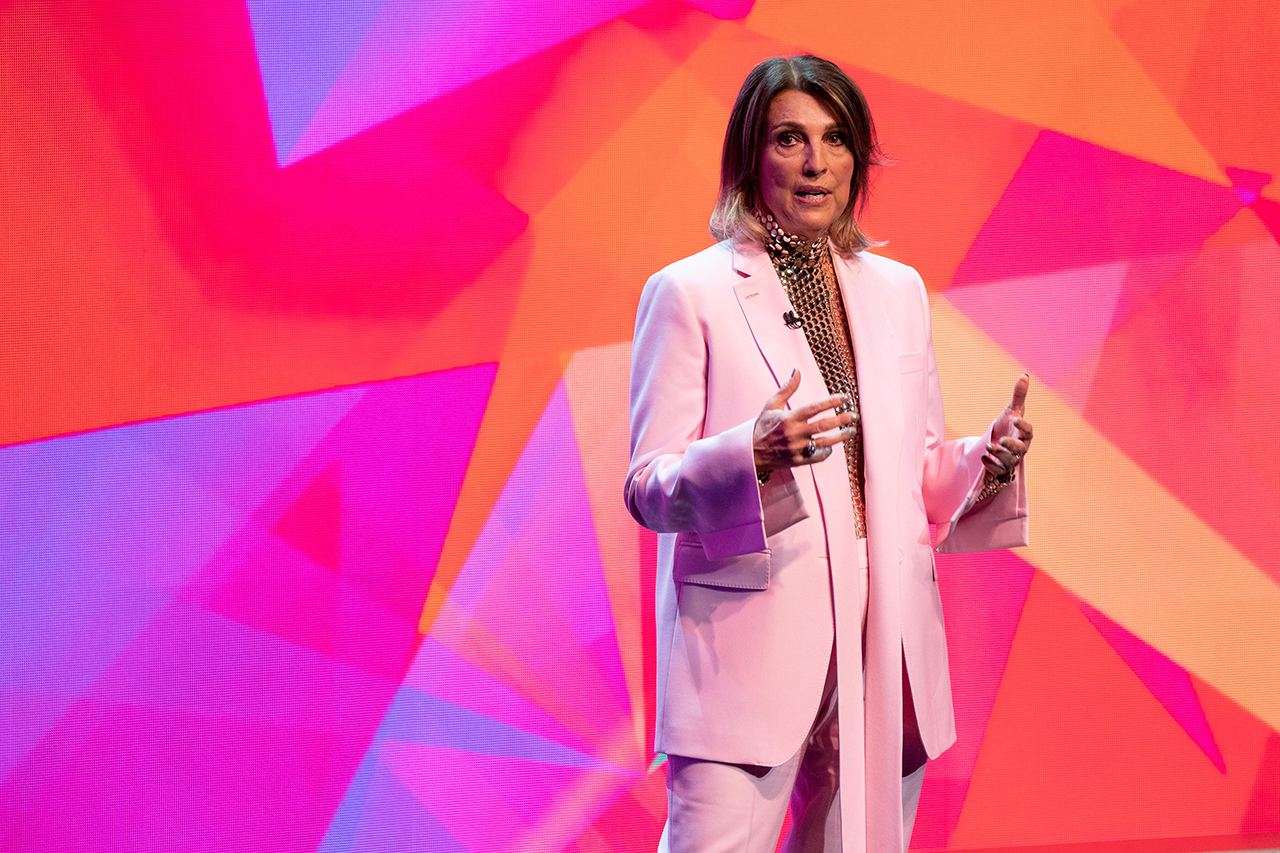 The key announcement that will interest advertisers and their agency partners is the launch of ITV Adlabs, described as “a new enterprise and strategy to bring together all of ITV Commerical’s innovation”.

The broadcaster has been testing several innovations in recent months, including “dynamic creative” advertising on its programmatic platform Planet V, widening the reach of its shoppable product, new commercial models and partnerships with social media partners such as Twitter, and brand collaborations in ITV properties in games like Fortnite.

Williams and his deputy, Simon Daglish, said ITV is developing addressable advertising opportunities on its linear TV channels on Sky, Virgin and YouView.

Another innovation it is betting on is contextualised advertising, which will allow brands to target consumers watching programmes based on factors such as their moods, meal times and even the weather.

Planet V, ITV’s programmatic platform has also experienced impressive growth. In just a year, more than 90% of ITV’s digital is now booked through Planet V and Williams claimed it is the second-largest programmatic video platform in the UK.

Another new, interesting tool is a “share of voice” tracker for brands to see how they compare against rivals, which caught the eye of one marketer from a big retailer speaking to Campaign at the after-party.

Publicis Media UK chief executive Sue Frogley said: "Palooza showed some great forward thinking [for advertisers]. ITV is offering an excellent opportunity for creativity and a real openness when it comes to collaboration."

He added: "ITV Commercial should also be applauded for the launch of ITV AdLabs. Bringing the customer closer to the development pipeline to test new solutions in collaboration will enable even better products to come to market and help brands holistically engage with consumers.

"ITV has a powerful role to play in shaping positive change in the UK. From its ‘Get Britain Talking’ campaign that’s led to 56 million positive actions by the UK public, to sustainable certification on its programming and its commitment to becoming a net zero carbon business by 2030; ITV is going from strength to strength and should be applauded for all its achievements in the past year alongside its strategy for the future."

Other media-buyers also made positive noises at the after-party, particularly about the speed of Planet V’s roll-out since the start of the pandemic and the ease of use in creating bespoke audience groups and targeting them on the addressable platform.

With ITV’s advertising revenues up 30% in the first nine months of 2021 compared to 2020, and up 8% on 2019, the evolution of ITV Commercial appears to be working – even if it has yet to do much for the share price.

No wonder McCall, Lygo and Williams looked cheerful as they posed together at the photo booth at the after-party.

Ocean to sell out of home advertising in the metaverse

RHS appoints Essence to reach and inspire millions of gardeners

Could addressable TV allow broadcasters to win ad share from the tech giants?