ITV has issued a denunciation of the racial abuse directed at players after England lost to Italy in Sunday's Euro 2020 final, with a stark black-and-white press ad showing the team taking the knee.

Created by Uncommon Creative Studio, the ad carries the copy: "Together we will never lose. ITV stand with England." It runs across national press and social media today (13 July). 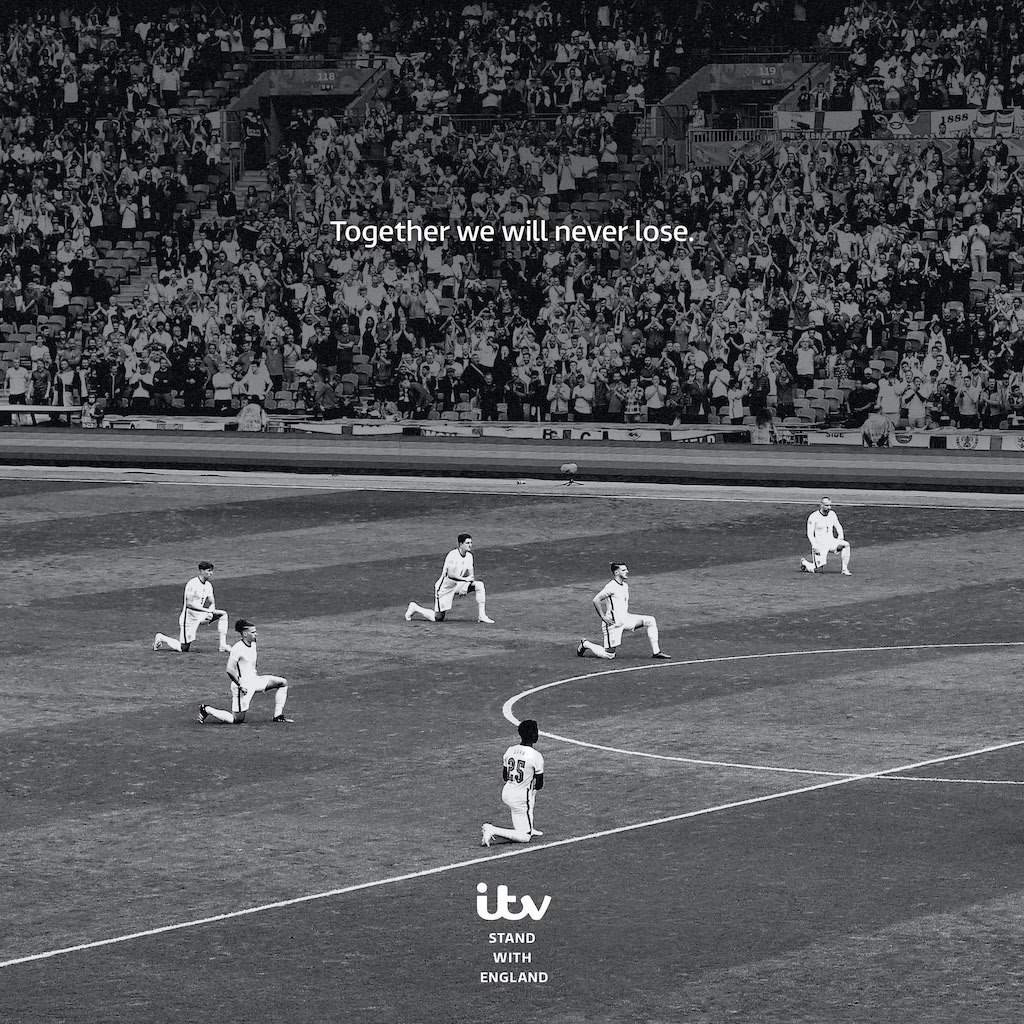 Echoing ITV's anti-racism ad in support of dance group Diversity, which followed complaints about its #BLM-themed performance on Britain's Got Talent last September, the broadcaster is doubling down on its zero tolerance of racism.

That print ad – again in striking black-and-white – showed Ashley Banjo taking the knee above the copy: "We are changed by what we see. Just as we are changed when we are seen. ITV. Stand with diversity."

England lost Sunday's Euro 2020 final to Italy after a tense penalty shootout that could have seen either team emerge triumphant. However, some social media users directed racist tirades at black players, whom they blamed for the loss.

During the entirety of the tournament, England players and officials knelt before every game in solidarity with the fight against racial inequality and discrimination.

ITV has been playing its own part in promoting D&I with increasing vigour. This time last year, the broadcaster announced a series of diversity pledges and the introduction of mandatory training on racism, with chief executive Dame Carolyn McCall describing the move as "an important catalyst".

"Together we will never lose" was created by Uncommon and media was handled by Essence.

History On Repeat: the London filmmaker fighting for justice and for black lives

Should social media users be required to prove their ID to stamp out online abuse?