There is a whole community bursting with creative talent waiting to be used, Gay Times' Josh Fletcher says.

By now you will have at least heard of It’s A Sin on Channel 4. Russell T Davies’ latest drama tells the story of five friends from various backgrounds who meet in London to explore all that the capital has to offer in the 1980s– unaware that a deadly virus is about to change everything.

The series manages to be witty, tragic, entertaining and educational all in one. It is also the first time in recent history that a LGBTQ+ storyline has had such prominence in mainstream culture.

Gay Times worked with Channel 4 and OMD on a launch campaign for the show. We reverted back to our own 1980s visual identities and created filters and playlists to take our audience back to the era. Our  mission was to connect the LGBTQ+ community to the real stories and voices behind the show, so we created a content series that captured the cast in conversation with LGBTQ+ people who lived – and survived – the era.

Here is what the success of the show can teach us about LGBTQ+ representation in media and advertising:

A journalist for The Sun wrote an article about the “saucy” and “racy” sex scenes in Netflix series Bridgerton, calling them the “hottest sex scenes ever”. However, she appeared to find the sex scenes in It’s A Sin much less appealing, describing them as “shocking” and “explicit”. After the headline went viral on social media, the journalist dialed down her rhetoric, but how many people did her original article reach?

This isn’t an isolated example, unfortunately. Homophobia – and in particular transphobia – is rife in today’s tabloids.

LGBTQ+ education needs to improve and brands can play a part

LGBTQ+ education (or the lack thereof) is a real-world issue that needs to be resolved. Diverse audiences want brands to go below the surface and actually make a difference.

AIDS killed millions, yet we were never taught about it at school. Forty years isn’t that long ago, yet the scenes from the show shocked audiences around the UK and it was the first time many of them learned about some of the challenges that LGBTQ+ people faced in the ‘80s. 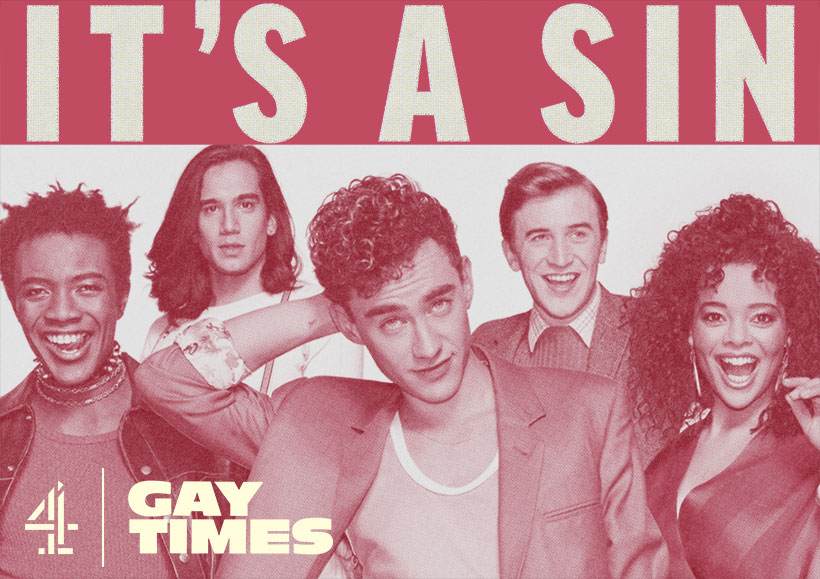 We often speak to our clients about their “role in LGBTQ+ culture” and education is a place where brands can start. If your brand has global reach, then you have an even bigger opportunity to make a difference.

Jill, played by Lydia West, is a stand-out character in the show. Her character is based on Jill Nalder, who cared for her gay friends who were affected by HIV/AIDS. Jill's selfless acts show true allyship and the LGBTQ+ community wouldn’t be where it was today without such allies.

When I started specialising in LGBTQ+ media in 2015, I was told countless times that “LGBTQ+ isn’t brand safe”. I remember being in a meeting discussing a simple creative idea and the client asked, “what if children see it?”

Since then, there has been progress. Over the past few years, LGBTQ+ representation in advertising and media has increased at a rapid pace, and this could be one reason why It’s A Sin has been able to achieve mainstream success – the UK was finally ready for the story to be told in this way. The more you see something, the less it scares you.

We need more LGBTQ+ representation in the mainstream

LGBTQ+ representation on 9pm prime time allows non-LGBTQ+ audiences to learn about the challenges and the successes of the community. The show doesn’t just speak to a community who is already listening, but is also able to get into the minds of the whole country.

Any LGBTQ+ marketing campaign can have the same effect. People speak about “minority” campaigns, which is a term many dislike. Minority themes deserve mainstream attention and if campaigns are crafted in the correct way, they will attract mainstream praise.

Russell T Davies upset Piers Morgan the week before the show’s launch when he said that LGBTQ+ roles should be played by LGBTQ+ people. This is an area in which the industry can also learn and succeed.

The success of It’s A Sin comes down to the nuances and references that were probably missed by a big chunk of the audience, but which would have been noticed by LGBTQ+ audiences and give the show the authority to hold an important conversation on behalf of the community. Russell T Davies and It’s A Sin producer Phil Collinson handpicked LGBTQ+ creative talent and crew to bring the show to life, while many off-camera talents also had lived experience of the ‘80s.

Across the industry, many agencies receive briefs for LGBTQ+ work or campaigns and they respond without consulting LGBTQ+ creatives or communities during the development process. This is no doubt how mistakes have been made and it’s a relatively easy issue to fix. There’s a whole community bursting with creative talent waiting to be used across media and advertising campaigns.

If you’re working on a campaign with LGBTQ+ themes, make sure the right people are in the room.

Pick of the Week: Sin is in with Channel 4’s retro campaign