Created by Kyiv-based Banda, the large-scale project by the Office of the President of Ukraine and the Government of Ukraine focuses on the nation's bravery and will appear in 15 countries worldwide.

Throughout Vladimir Putin's bloody attack, one beacon of light cast across all the horrors is the admirable bravery of the Ukrainian nation.

So, while other countries base their economies on natural resources like oil, The Office of the President of Ukraine and the Government of Ukraine intend to make bravery Ukraine's biggest cultural export.

Making the link between Ukraine and bravery, the billboard project, which is created by Kyiv-based Banda and the Ministry of Digital Transformation, will launch locally to encourage citizens to maintain the morale they gained during the war's first weeks. 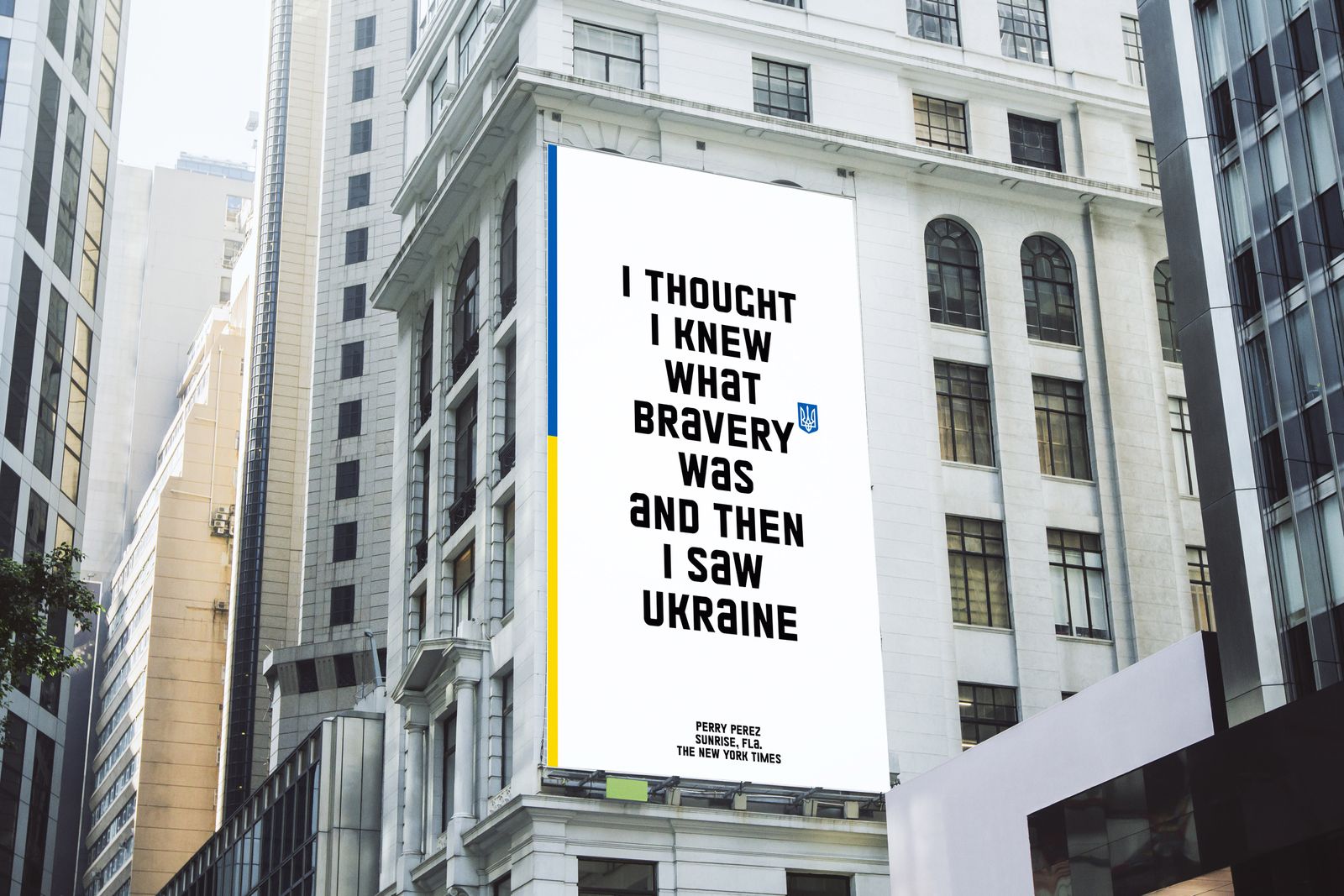 And to share aspects of Ukrainian bravery with the world, the campaign will also appear internationally in more than 15 countries worldwide, including Canada, Poland, Germany, Italy, Austria, the Netherlands, Great Britain, Spain and the US.

To create an image of a country with brave people, bold ideas, and an innovative direction, the billboard campaign uses photos of brave Ukrainians alongside quotes from people such as US president Joe Biden, lauding the nation for its bravery. 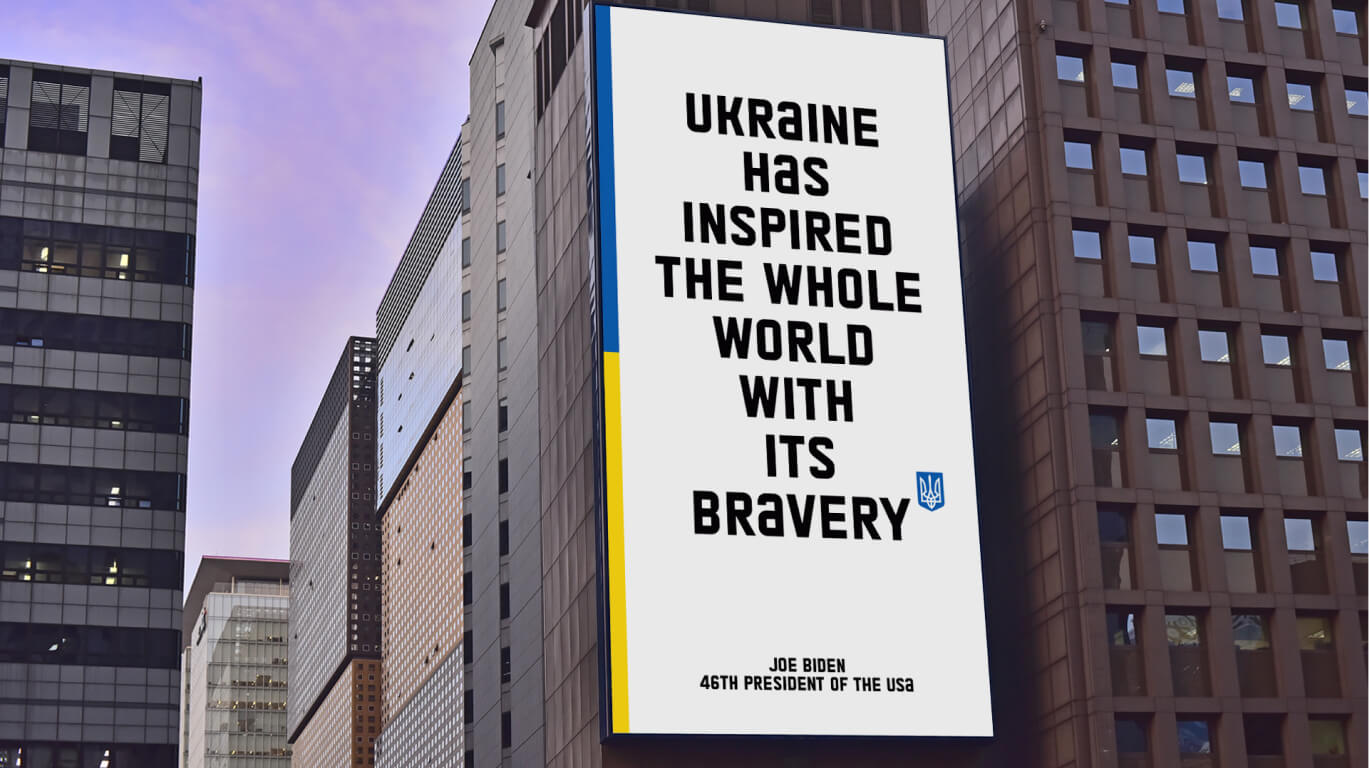 "Around the world, Ukrainians have been identified as a nation of brave people," Ukraine's minister of digital transformation Mykhailo Fedorov, said.

"We rally against the Russian occupiers and stop tanks without weapons in our hands. Our hero doctors, rescuers, utility workers, vendors, drivers, and pharmacists come to work even with the threat of fire. Ukrainian IT specialists support the country's digital infrastructure, working on laptops in bomb shelters. It's really something admirable. I believe that after the victory, 'a window of opportunities from across the world' will open up for our country and our main task will be to use it correctly."

"It was important for us to focus on a message that would have maximum efficacy now and in the future," Pavel Vrzheshch, co-founder of Banda, added.

"What will resonate better, what will give us strength, and raise morale? Without a doubt, it is Ukrainian bravery. There will be no freedom without it, there would also have been no Ukraine... And Ukrainian bravery is unprecedented today.

"The bravery of military men, the bravery of ordinary people, of our cities. There are no countries that are ready to fight against Russia, but Ukraine is fighting, and we’re doing it successfully. The whole world admires the Ukrainian bravery now, we must consolidate this notion and have it represent Ukraine forever. This is our DNA, our national resource. Now everyone knows that bravery is being Ukrainian.”

Watch: Kyiv-based Banda on trying to work from a war zone

Campaign podcast: Industry reacts to the war in Ukraine

Pick of the Week: Kyiv agency Banda shows the world why it should #standwithukraine