The argument kicked off Thursday evening. The tone of Ryanair's tweets suggest short tempers and temporary amnesia have affected its "touchy-feely" approach to business and marketing communications.

The squabble commenced after Aer Lingus spotted one of its aircraft in the background of a Ryanair ad, albeit with the Aer Lingus branding only apparent to the eagle-eyed. 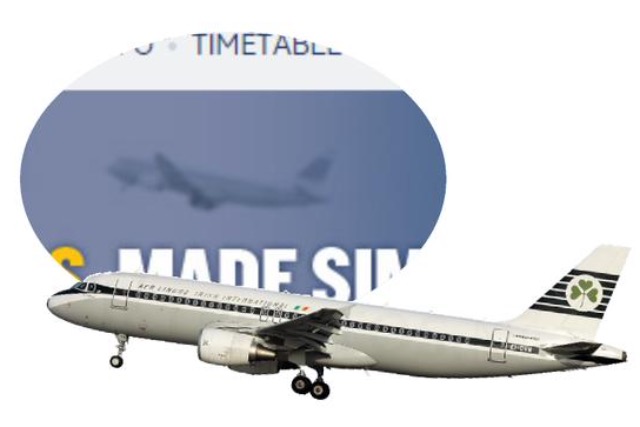 Epic #photobomb by EI-DVM on Ryanair's website! Even they know we're Best for Business ?? pic.twitter.com/mYgDFbpg6P

But Ryanair, the budget airline fronted by fiery chief executive Michael O’Leary, which has recently promised to take a less combative approach to business, retorted: "Even @AerLingus is talking about @Ryanair" and, referring to the smiling man in the ad, wrote: "FYI, he’s smiling cos he saved a fortune & avoided another late @AerLingus arrival!"

Even @AerLingus is talking about @Ryanair Business Plus. FYI, he's smiling cos he saved a fortune & avoided another late @AerLingus arrival!

The contretemps escalated after a Twitter user asked if the airlines hated one another. Aer Lingus graciously described the relationship as a "healthy rivalry" and asked its competitor to agree, but Ryanair was quick to set the record straight.

Far less graciously, it tweeted: "We stopped being rival in the 90s @AerLingus… We’d have to treble our fares & lose 81m customers to be your rival."

We stopped being rivals in the 90s @AerLingus @ReallyDes. We'd have to treble our fares & lose 81m customers to be your rival #EuropesNo1

Aer Lingus did not rise to Ryanair's levels of invective, and responded: "Okay, nevermind."

Meanwhile, Ryanair will find out today whether or not it will be forced to sell its near-30% stake in Aer Lingus, with a decision due from the UK Court of Appeal.

The airline has appealed on several occasions after being told by regulators that it must reduce its stake to 5%.

Air France 'France is in the Air' by BETC Paris

Delta Air Lines 'On the Road' by W+K New York