The Super Bowl advertiser maximizes its ad buy with Facebook Live, proving people will watch just about anything.

Footage of the wiggling windsock puppets, most often used to lure people into car dealerships, attracted hundreds of viewers yesterday without a single word of dialogue. Some commentators wondered if the Red Cowboy would rise to the top, while others rooted for Blue to take the lead.

The live stream was created to generate social media buzz in advance of Snickers’ live commercial on the Super Bowl. But even brand director Allison Miazga-Bedrick didn’t expect 500 people would simultaneously tune in to watch stock footage, fillers to kill time until celebrities like Betty White and Tyler Oakley appear. "People are just getting glued to it and they can’t stop [watching] in fear that they’re going to miss something," she said, a few hours into the live stream. 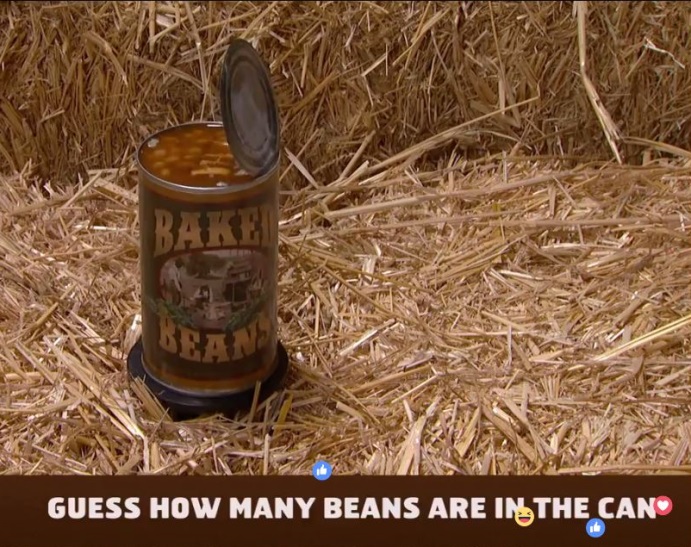 Snickers enlisted nearly 200 people to orchestrate 36 hours of a western-themed variety show on two Los Angeles stages. It began yesterday at 12 p.m. and will continue until midnight Saturday—much longer than the 30-second live commercial Snickers will air during the third quarter of the Big Game.

The Facebook Live event is all part of the marketer’s strategy to capture consumers' attention for an entire month, Miazga-Bedrick said. First, Snickers announced it was producing a live commercial with "Star Wars" and "Girls" actor Adam Driver. Then, it posted a few teasers on YouTube. Now, it’s incorporating the live stream, and post-Super Bowl, Snickers will ramp up in-store marketing. "If you’re going to purchase a media buy in the Super Bowl and not do everything else, you’re not taking advantage of it," she said.

In addition to the "Inflatable Cowboys," the show includes footage of bean counting (as in, guess how many beans are in a can), a cowboy saying "howdy" hundreds of times in an hour and a "security duck." The big draws, of course, are the celebrities from past Snickers commercials like White, who appeared in a 2010 game spot with Abe Vigoda and caught a football on the live stream yesterday, and new faces like influencer Kandee Johnson, who conducted a live makeup tutorial on a "dead" cowboy in a coffin, and WWE and reality stars, The Miz and Maryse. Driver is scheduled to appear today. 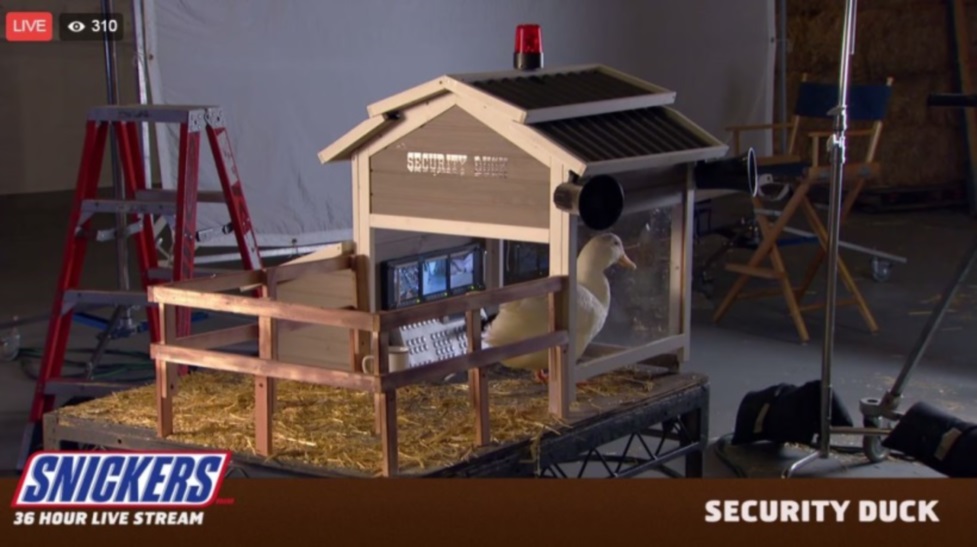 While the audience numbers are nowhere near what Snickers will average during the Super Bowl, Miazga-Bedrick said it received "over 20,000 unique views" during the first hour. "We are learning," she said. "It’s all about getting metrics and results real time. For us, it’s all about doing something new and different and engaging with consumers as we go along."

Snickers is also allowing fans to influence the plans for the live commercial. "We’re asking consumers for their input for Sunday’s ad during one of the vignettes that will air Friday," Miazga-Bedrick said, adding that fans will be able to vote for what "will come to life in our 30-second spot."

The chance to have a direct impact on a national Super Bowl commercial starring Driver? Excuse us, while we go watch the "Tumbleweed Cam" until Oakley takes the stage. 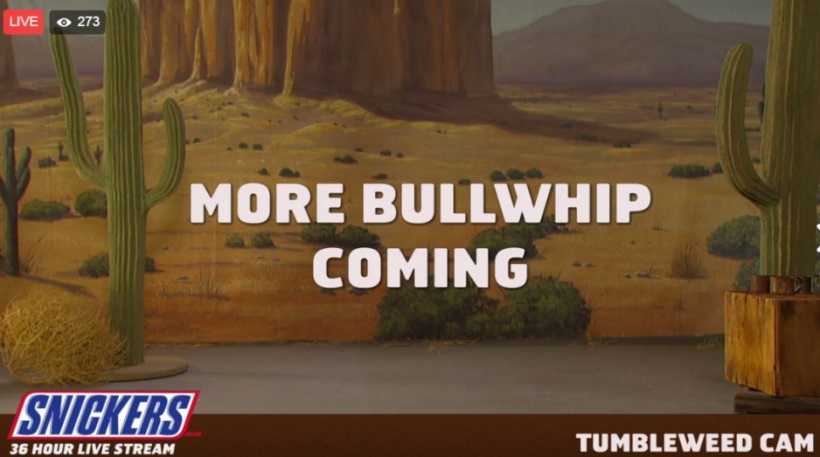 Which brands won big on social media at the Super Bowl?

Exclusive Q&A: Mars CMO Andrew Clarke on transparency, faith in the Super Bowl and fighting for your agencies