The digital agency Critical Mass has gone international with a creative offering that combines customer insight and innovation. As the London office looks to bolster its European credentials, Stuart Derrick asks what makes it different.

It's pretty cliched to describe any agency as a best-kept secret, but in the case of Critical Mass, it might just be apt.

The West London-based digital agency has a low profile, but if you judge it by the company it keeps, then CM, as it is referred to by staff, has some impressive credentials. Adidas, Nissan, Procter & Gamble and Citi are just some of the brands that have turned to Critical Mass for its ability to deliver the kind of complex, immersive projects that most agencies wish they had in their portfolio. It has also recently been added to the BBC's digital roster.

These are not just marquee names designed to impress in a PowerPoint presentation. The work delivered is impressive too, including a number of notable firsts.

The agency created the first online car configurator for Mercedes-Benz - a set-up that is now commonplace on car websites. It built the first personalised online shoe configurator, NIKEiD, which won the Grand Prix at Cannes. For Gucci, Critical Mass produced one of the first iPad apps in the market, launching with the device in 2010. And in 2011, it helped to sell the first-ever car via an online purchasing system - Nissan's Leaf.

Not for Critical Mass the "puff and it's gone" creative fireworks of some digital shops. Rather, the agency specialises in methodically building an understanding of the channels and platforms that best deliver extraordinary experiences to consumers. It's an approach focused on identifying and solving business problems, and producing "work that works".

In the fast-changing digital world, Critical Mass is about as close as you can get to veteran status. In the UK since 2007, the agency was born in 1995 in the uncool backwaters of Calgary in Canada. The chief executive, Dianne Wilkins, says this has created an outsider stance and a hunger that remains a point of difference. "We were from a place that nobody had heard of and nobody visited. We did not think like anybody else," she explains.

The company has ridden the technology wave from the time when CD-ROMs were the zeitgeist. It was a pitch for a golf game to Mercedes-Benz that led to a long and fruitful relationship with the car manufacturer, including building its first US website. It is this heritage in technology that continues to define Critical Mass at a time when every agency claims digital expertise in some form. At what other agency would you find a staffer assembling a 3D printing machine on a workbench, and trying to work out its implications for marketing?

This "under the hood" approach is innate to the agency. It recently became the first company to work with Microsoft's Kinect for Windows in a commercial environment. Critical Mass used the gesture-based interface to allow visitors to explore a virtual Nissan Pathfinder vehicle at this year's Chicago Auto Show. By moving their limbs, visitors could experience the vehicle's features.

Critical Mass has also used the first-person approach with Nissan's Versa model to show how roomy the car is inside - an important selling point for customers, who are typically first-time buyers who value the space. A website app puts viewers in the driver's seat and allows them to look round the interior.

Although staff describe themselves as having "grown up digital", technology is not the starting point. All work is based on a rigorous understanding of consumers, their motivations and what they want from brands.

Sometimes, what a brand thinks it knows about its consumers is not borne out in reality. This was the case for another auto launch, Nissan's revolutionary electric vehicle, Leaf. Consumer interrogation through social media revealed the real motivations behind buying such a vehicle and indicated a more complex buyer profile than was originally considered. This information was all fed into the campaign for its online launch.

Such work chimes with a new "fluid consumer" that Critical Mass has identified. This consumer is an "always-on", demanding individual who expects to be serviced in real time and at whatever point of contact suits them. Consumer journeys are less linear than ever, and brands are struggling to keep up. The Critical Mass approach allows for a deeper understanding of customers and a relationship that is constantly optimised around them.

As well as examining the consumer-brand relationship, Critical Mass is also looking at new ways of doing business. This is best exemplified by its relationship with the financial group Citi. Since 2010, the client and agency have adopted an incredibly close and highly collaborative working model where they have effectively become one team. The client and agency co-locate, co-create and collaboratively edit work, with the client providing a "living" brief.

Working for global brands on global briefs means that staff are as likely to be in Chicago or Costa Rica - where the office is fashioned from old airliners - as they are in London. P&G activity for the US is produced mainly in London, for example, and with 700 staff in eight offices, Critical Mass offers the opportunity to work around the world on accounts.

Staff talk of a refreshing culture. Annual internal awards recognise the individual strengths that its people bring to the agency. Many, such as Wilkins, are company lifers, and others go off, only to return later.

With so much going on, it's a wonder Critical Mass doesn't have a higher profile. However, with digital moving ever further up the food chain, and brands seeking agencies that can decipher the future, that could soon change.

A former golf pro who opted for life agency-side after undertaking an MBA, Wilkins has been with Critical Mass since its beginnings. During her tenure, the company has grown from 25 employees to around 700.

Previously part of the senior team at RIOT, the digital arm of 180 Amsterdam, Jones is spearheading Critical Mass's expansion into Europe. Equally at home in operations, client and account management and production, she brings broad expertise and global experience to the agency.

Gagnon joined Critical Mass in 2006 from a background in "human factors" and management consultancy. He has built a talented insight and planning team and works across CM's biggest accounts, specialising in financial services, loyalty schemes, health, luxury and online retail.

Williams' senior-level user experience roles have seen him work with some of the biggest retail, travel, automotive, finance and health brands in the world. He has worked directly with Vodafone and was previously at Razorfish and Conchango.

Responsible for all the technical output at Critical Mass London, Razak has had stints with Radley Yeldar, Digitas, Crayon and AKQA during his 13 years in London. 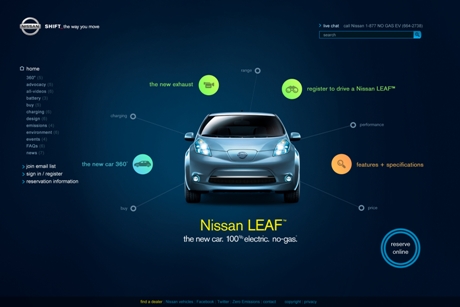 Launching the first mass-market, all-electric vehicle required an extraordinary approach to do it justice. With a launch campaign spanning more than 20 social media platforms, Google Maps integration for roadshow activity and a Q&A via Twitter, Critical Mass ensured that on launch day, Nissan received one reservation for the model every 20 seconds. The campaign was full of firsts, including a smartphone app that enabled LEAF drivers to control the temperature of their car remotely, and an e-commerce site that allowed people to buy the car online. LEAF sold out three months ahead of schedule and, with more than five million people visiting the site since then, Critical Mass certainly helped make the car's online launch a unique success. 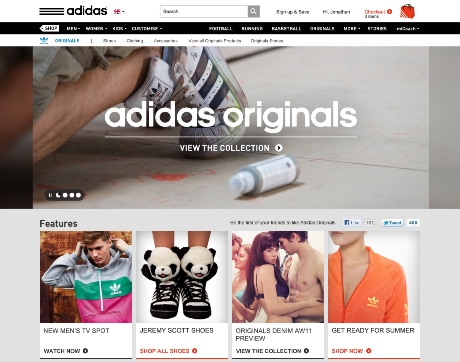 With London 2012 looming, sponsor Adidas wanted to be in a position to leverage its "Take The Stage" positioning online. Although the brand had an extensive digital presence, Adidas needed to bring brand and e-commerce closer together, creating a single entry point and one brand story. Critical Mass undertook a major usability exercise to overhaul the site so that consumers could quickly find what they wanted. The site sits on just ten templates, although it has 10,000 pages, making it very flexible and scaleable in terms of design. Analytics have been added to the equation to allow Adidas to learn from real data generated by visits, while a new tagging matrix will also provide deeper insight. The new site is being rolled out globally. 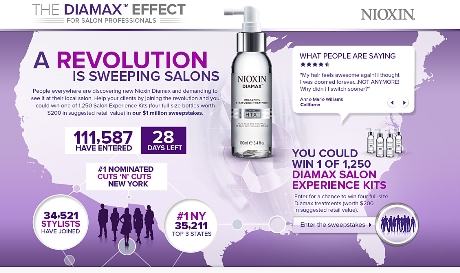 Diamax, a new product within the Nioxin line, is aimed at women with thinning hair and is only available for purchase from salons. Critical Mass delivered strategies that targeted both consumers and the salon channel. P&G wanted to trial the product to create "consumer Trojans" who would seek out and demand it from their salons. Consumers were recruited to receive samples by telling P&G which salons they frequented. This information was then used to target salons ahead of the launch. Given the inbuilt demand, salons were prepared to place bigger orders for the product and P&G met its targets for the launch. The approach was hailed as a step-change in product launches and P&G is now looking to use it for other products in its haircare range.