AUSTIN — SXSW Music doesn't technically start until Tuesday, but the fresh, excited faces popping up amongst those with dark circles and beer breath proves a new crowd has rolled into town — or more accurately, rolled in around 1 a.m. last night when "awesome music" conversations hit a dramatic spike.

On the flip side, SX Sports wrapped up yesterday, but the start of March Madness has everyone applying their newfound knowledge and insights to their (fingers crossed) winning brackets.

Whether you're on your way in or on your way out, today's report from StoryConnect @ Omnicom, developed exclusively for Campaign, analyzes the social conversations coming out of Music & Sports to give you everything you need to know to sound cool when you return to the real world.

Who took gold at SXsports? Ronda Rousey has another trophy to add to her collection: most talked about panelist at SX Sports. Her panel, "UFC: Women Breaking Ground Inside the Octagon," gave further proof for the rise in women's interest and participation in the conversation around sports. In fact, 42% of #SXsports mentions came from women.

Who won the streaming battle? Yoga, suites, parties — Spotify, Pandora and Soundcloud covered all the bases in hopes of being #1 at SXSW Interactive.

Interestingly enough, SoundCloud dominated 56% of the conversation, more than Spotify and Pandora's share combined. For the industry as a whole, trending conversations denounced music genres, instead highlighting a focus on appealing to listeners' context and mood. With access to such a wide variety of music via apps like Spotify, fans have an easier time identifying their current state versus their favorite type of music. 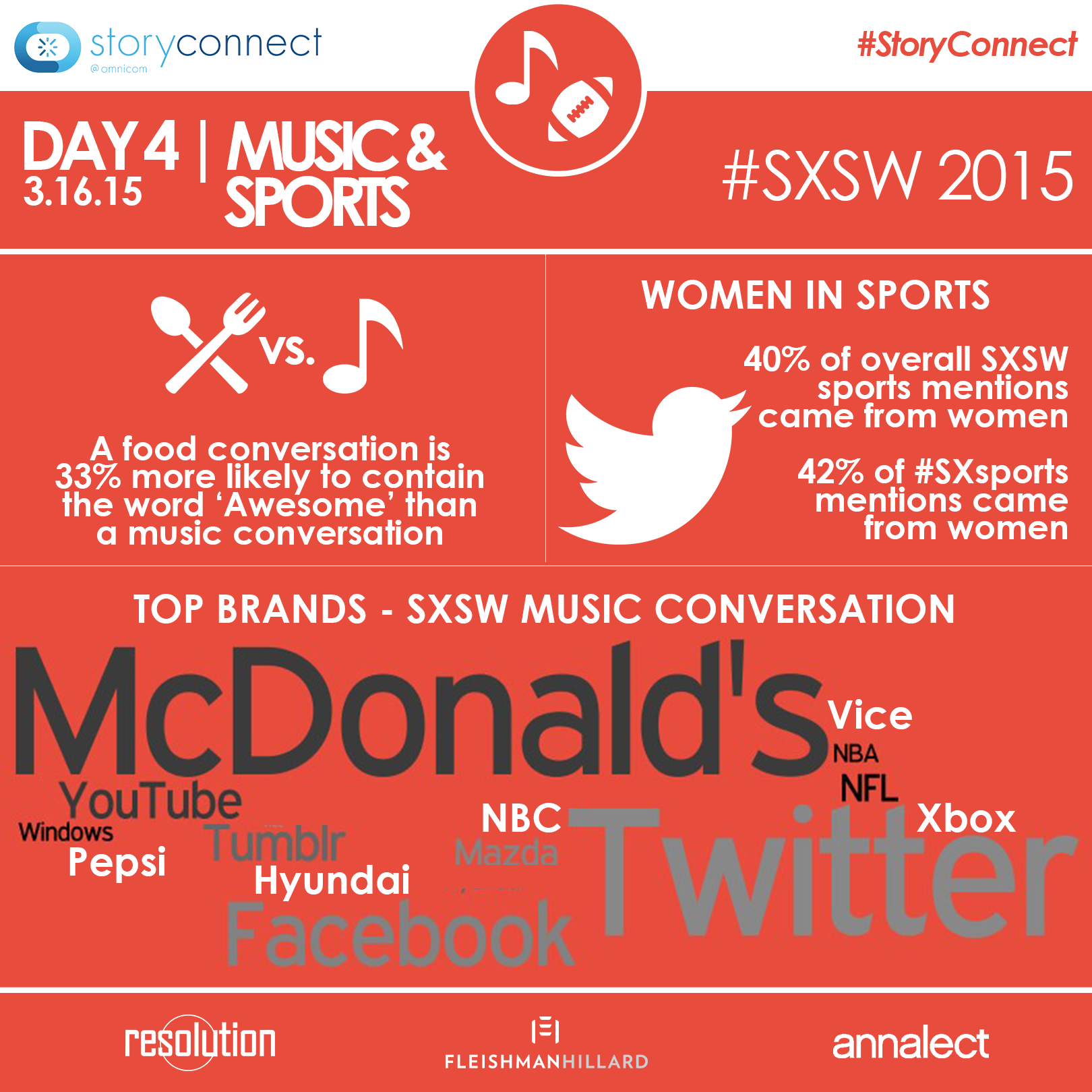 Startup competitions at SXSW: You get out what you put in

Martine Rothblatt on AI, mind clones and the future of the self