As Facebook files for the largest technology IPO in Wall Street history, we ask marketing and advertising experts what is in store for Mark Zuckerberg's social network as it makes the seismic shift from a private to public company.

There is no doubt that Facebook's tale of growth, from its humble college dorm room beginnings to overshadowing Silicon Valley giants and connecting over 800 million people around the world, is phenomenal.

So phenomenal it got the Hollywood treatment a couple of years ago.

But today it has spawned another blockbuster – likely to be the largest technology IPO in history. A Facebook valuation of roughly $100 billion would rank the company just below McDonald's, $101.5 billion, and would be four times the value of Google when it went public in 2004 with a valuation of $23bn.

As Facebook has evolved into a multimillion pound advertising business, agencies and marketers, whether reluctantly or not, have been forced to pay attention.

The story so far

Facebook started to make noise in the industry four years ago when it lured Google's global online sales chief Sheryl Sandberg to join it as chief operating officer and redoubled efforts to monetise its platform.

In the UK, the company opened a sales operation at the end of 2007, led by the then UK sales director Blake Chandlee, who defected from Yahoo.

The company now employs around 70 people in the UK, the majority of which work in sales. But it is expanding its workforce in London and about the move in to larger premises. Worldwide it employs 3,000.

Facebook has made a charm offensive on the UK advertising industry this past year, even flying a group of agency executives to its Palo Alto headquarters to meet its top brass, and hosting a live event in London in September.

Although there is a sense from some in the industry that Facebook is still a nascent business, experts agree it is full of potential, sitting on a goldmine of data, which has yet to be monetised due to the sheer speed of its growth.

However, many commentators are quick to point out that in the fast-paced digital world, Facebook, like Myspace or Bebo before it, could see its user numbers fall as quickly as they rose, particularly with Google biting at its heels.

According to Experian Hitwise data, Facebook took a 51.3% share of all visits to social networks from Britons during December 2011.

Since reports first emerged this time last year, that Facebook was looking to float it has attracted plenty of hype and not a little skepticism from the likes of WPP's Sir Martin Sorrell.

Its sky-high valuation has prompted commentators to suggest that a social media investment bubble will form, underlined by disappointing stockmarket debuts by digital media companies Zynga and Groupon.

At the end of last year it settled with regulators on both sides of the Atlantic over its use of consumer data and admitted to "mistakes" over privacy.

As Facebook attempts to generate more revenues for its new shareholders it will inevitably have to walk a tightrope to ensure this does not come at the expense of the user experience – a fundamental principle the company is built on.

We asked digital industry experts, who all work closely with Facebook, to give their interpretation on how the social networking company has shaped the media landscape and what the IPO will mean for the business. 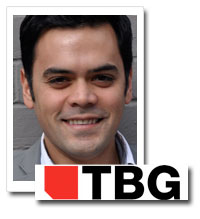 All eyes are definitely on Facebook and with good reason. Over the past few years, Facebook has built a whole new set of social plumbing for the web; an identity layer built on 850 million users. Its social by design strategy has not only changed the way individuals connect with each other but also how brands connect with their customers.

Facebook’s attitude to advertising has changed dramatically since we started advertising with them in 2007, when editorial ads sat on a page shouting as loud as they could. Now we have ads endorsed by a user’s friends and the word ‘like’ totally redefined. A big question is how will Facebook bring further value without upsetting its user base. Mobile advertising is the next obvious and short term step. Then the company needs to leverage and monetise the social graph outside of Facebook whilst balancing this with privacy for users of course.

We’re expecting to see some interesting innovative moves here as they continue to expand their global footprint and grow to over one billion users. 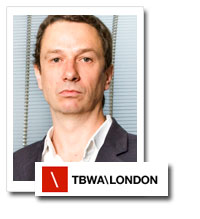 Facebook has almost single-handedly made social media a commercial proposition for brands. It has only been when Facebook has started to monetise the product that the impact has been felt on the market.

Unlike competitors, Facebook has kept innovating and through its own restlessness has not at any stage rested on it laurels. It recognised early on the importance of open APIs, the ease of use, and that scale counts. Google has managed the transition from private to public seamlessly.

But Facebook is the product of one man's vision and this transition will be a difficult one. The needs of shareholders will put more impetus on commercialising the data it has.

I'm sure when Rupert Murdoch bought MySpace he did not expect its demise  – which is a lesson in how something seemingly so big can wither if it is treated badly. That is the risk for Facebook. But we have only seen the tip of the iceberg with how it might shake up the market. 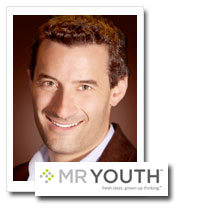 Facebook has had the ability to collect data like no other platform before it, and has really only just begun to monetise and deploy the power of that data to advertisers.

From a platform perspective it is three horse race between Microsoft, Apple and Google. But when you look at Facebook, it provides a social and data layer that can blanket on top of all three of them. Facebook is going to own that for the foreseeable future and its social graph gets stronger each day.

It has not even come close to monetising the power of its network because it has grown so rapidly. A lot of people question its valuation and a lot of sceptics see the company as just an advertising play. But people really underestimate what they have created.

Facebook will have a profound impact on commerce, telecommunication and research. There are so many industries it hasn't even entered yet. Given that Facebook knows so much about people, it will be able to change these industries to their core. 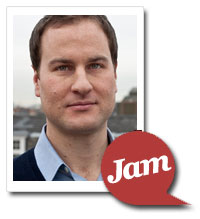 The tipping point for Facebook was around 2008, when marketers started to see the huge numbers and realised it was a cost effective way of interacting with consumers.

It was at this point in time, when senior marketers realised social media wasn't just for kids or geeks, it was for the mainstream and represented a fundamental shift the relationship between consumers and brands. It has changed marketing forever, suddenly putting a huge amount of power with consumers.

My concern with the IPO is there may be increased pressure to bring in more revenue in the future. Based on the estimated valuation of $80 billion the revenue to market cap ratio is 23x whereas Google’s ratio is around 5x.

To date Zuckerberg has been incredible at putting the user first in this whole journey. If they stray from this mantra then consumers may become less engaged and generating revenue will become more challenging.

One of the reasons the valuation is so high is because Facebook has accumulated so much personal data – it still remains unknown how Facebook will monetize this data, however they need to be careful and act responsibly even under new pressure from shareholders to commercialise it 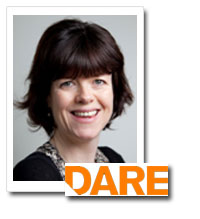 Facebook is a pioneer in social and has massively changed the landscape. Timeline, for example, will force brands to seek to be part of consumers stories rather than simply broadcast their own.

But Facebook is not getting everything right. It still underplays the importance of great content on the platform and overplays the importance of ad revenues. This is hopefully changing, and Facebook is taking note of how Google has embraced the creative community through projects like Life In a Day, and is planning creative forums, which will should lead to the creative community embracing the platform more readily.

Facebook is also still very US centric, with the majority of their recent 60 new open graph apps being from American companies. Innovation on their platform needs to be embraced globally.

But one thing I admire hugely about Facebook is that it continually innovates in an entrepreneurial and brave manner. The culture of 'breaking things is how you make them right' is something we should all learn from. Unless the client is paying of course. 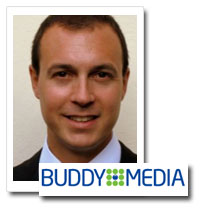 By the end of the year it is expected that a tenth of the world’s population will be on Facebook. In its relatively short existence, Facebook has achieved a huge amount but this is just the beginning – advertising is still only getting started and how brands engage is constantly evolving, so I believe it has an incredibly long, innovative future in front of it.

The IPO is important for not only Facebook, but the entire social media ecosystem. The beauty of Facebook is that it quickly recognised that it should focus on "social" and let others worry about the "media".

The real value lies in the ability for third parties to build on top of Facebook's social layer, whether it be Zynga for games, or Buddy Media to power content from brands and organisations, all of which deliver highly targeted and customisable experiences at a potential scale like never before. 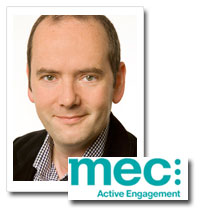 I think we can safely say that Facebook has had an amazing impact on us as a society and the communications industry.? Of course it wasn't the first social networking platform but it was the one adopted en masse by the USA, Europe, Australasia and increasingly Latin America and Asia.

It's the largest photo depository in the world, has reconnected old friends, spawned marriages and resulted in a fair few divorces.

But deeper than that, its turbo charged existing behaviours such as our to desire to share good and bad news and experiences. It's given a platform for communities of interest to reach out and connect with kindred spirits mostly for good but sometimes for ill.

It's fundamentally challenged our perceptions of personal privacy as members share increasingly more information about themselves and has brought to the fore debates about free speech. And of course it delivers huge numbers of people who are willing to interact with businesses if they are able to provide something worthwhile in exchange for their attention and engagement.

Think BR: Facebook - Growing up is hard to do

Facebook's UK commercial leader Haines to be among new millionaires