Is the new wave of 'interactive' TV advertising, as seen by Mercedes and Xbox's recent attempts to harness Twitter and Facebook, adding genuine value to brands? Marketing asked industry experts where the future of interactive television advertising lies.

Interactive television advertising used to be all about the "wonders" of the red button, but is increasingly coming to take the form of integration with social media channels.

Xbox and Mercedes are two of the latest brands to experiment with interactive TV advertising, the former through inserting Facebook information into a live ad and the latter by using Twitter to decide the outcome of its campaign.

Do such experiments have enough appeal to become the norm or are there more changes to come? Marketing asked industry experts where the future of interactive television advertising lies. 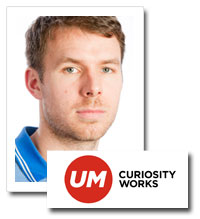 With UK homes now averaging four networked devices, it’s clear that digital convergence is well and truly here. Viewers now expect to be able to connect with content, both programming and advertising, and this presents a fantastic opportunity for advertisers to produce campaigns that resonate with consumers.

Some have questioned whether some of the recent high profile interactive activations are just gimmicks. Having witnessed the results that come from new developments such as live ads and Shazam, I know the answer is overwhelmingly no. True, there will be advertisers that get it wrong in the rush to be seen as innovative, but get it right and the benefits of interacting with your consumers will pay dividends.

I believe the future of interactive TV advertising will be an enhancement of the work that the pioneers are putting together right now. Expect to see social media feeds within live ads becoming commonplace, a plethora of second screen companion apps and connected TVs ushering in new rich media ad formats.

The development that excites me most is biometric control. Voice, motion and face recognition opens a myriad of possibilities from simply saying "buy" to a full body scan for a virtual make over. Kinect technology has already revolutionised gaming and it’s now being used for advertising. Samsung are employing similar technology within their new Smart TVs and expect others to follow suit.

The days of red button are now a distant memory and I fear soon the old remote will suffer a similar fate. 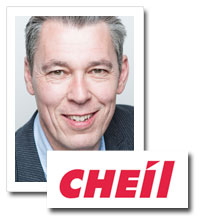 When I was an account director on Ford – around 2003 – we did one of the first "interactive" TV spots for the Focus C-Max. In those days, interactive meant press a red button wait a while, wait a bit longer and eventually you get the chance to see a bit of extra footage of the TV spot and have a very pedestrian journey around an online brochure. Cutting edge stuff – well at the time, it was.

Obviously we’ve moved on since then. Second screen gives a brand a real opportunity to connect channels to the masses on a deeper, richer level.

But success depends on whether people get rewarded for that interaction and this is where Halo 4 wins, Mercedes less so. Halo 4 has tapped into the insight that gamers live on second screens and shape their world around them; for them, a potential roll call on one of the most famous games in history means a lifetime of bragging rights and is reward enough.

I’m less convinced by Mercedes. I’m not sure shaping the end of a TV spot via Twitter will be more interesting than watching the Twitter chat on Rylan Clark’s destiny [on 'The X Factor']. Time will tell, but my money’s on the "what’s in it for me" instinct winning out over Mercedes' novelty factor when it comes to driving engagement in multiscreen living rooms. 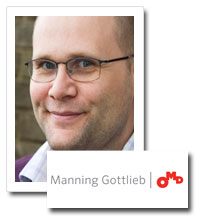 The various connected technologies and behaviours are all approaching mass adoption.  We are learning from consumers what they actually want from a more connected TV experience and advertisers have a huge role to play in delivering it. Simply people welcome anything that improves their TV experience.

That means very different things depending on the context of consumption. In a game show it is the ability to play along for cash or kudos, in a documentary supplementary content is key. We will need to decide when it is appropriate for content to synch (via another device) or swim (across the bottom of the main screen).

Sky and Virgin Media are both launching addressable TV advertising products in the next year. We are moving towards a world in which specific messages can be sent to specific devices in many original formats.

Someday soon we may see our TV advertising powered by anything from our social profiles identifying patterns in our friends’ purchase patterns, to the proverbial connected fridge monitoring consumption, or the biometric wristband teasing us into healthier behaviours based on our individual needs. 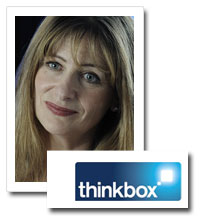 TV is a fundamentally social activity; we prefer to watch with other people and share the experience. But the individual ways in which we choose to interact with TV are more personal and private. Three people watching the same programme from the same sofa could want entirely different interactive experiences. My daughter may want to clap along to 'The X Factor' via the app, while I may prefer to rant about it on Twitter.

Having both on the screen that’s also showing the programme just wouldn’t work. That is one reason why it is more likely that the future of interacting with TV will live on a second screen, and even a third; it is far more personal and convenient. Advertisers like Mercedes and Paddy Power who are experimenting with multi-screen interactivity are meeting people’s expectations.

We know from our Screen Life research that people actively want to chat, play, discover, and buy in real time alongside the TV they watch because it adds to their enjoyment and brings them closer to the content. Advertisers realise this and so multi-screen innovations will only gather pace. But not everyone is doing it yet, most still enjoy TV the way they always have.

Growth in time-shifted TV viewing expected to level out