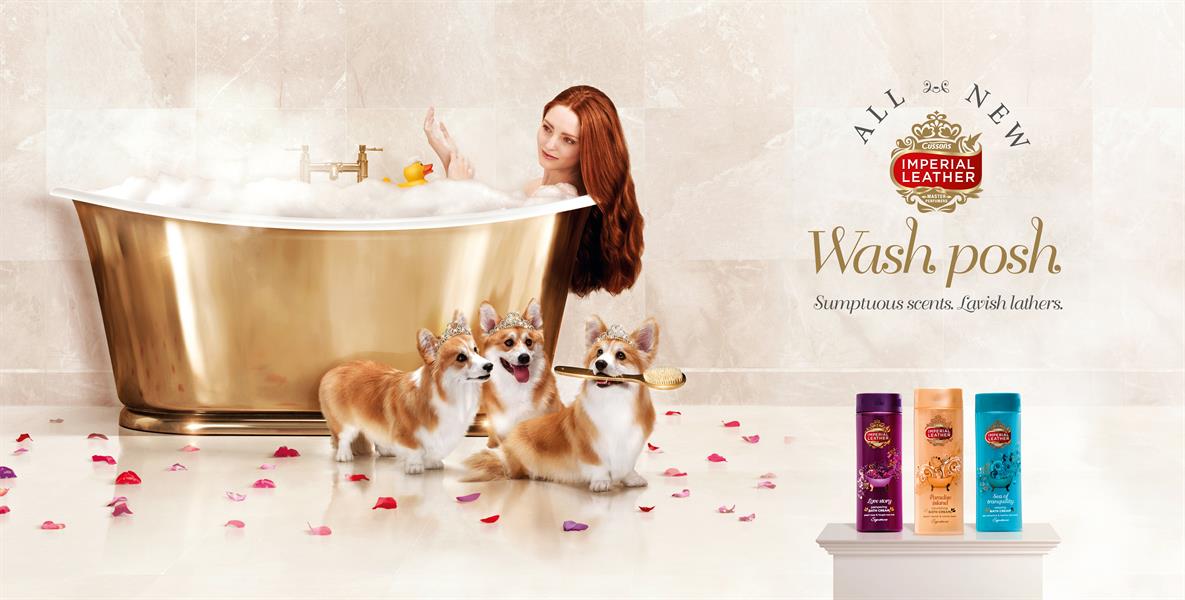 Imperial Leather, the soap brand owned by PZ Cussons, attempts to play up to its luxurious heritage in a new print campaign. TBWA\Manchester created the ads, which were released on 22 September following Imperial Leather’s relaunch and show how everyone can attain a little bit of luxury. The executions, which will appear in magazines, on outdoor sites and on digital banners, all feature the strapline: "Wash posh." They include depictions of a woman being aided by a butler and some corgis while she is bathing and showering. The work was written by Sam Rutter and art directed by Jason Chadwick. The photographer was Guy Farrow.