Before you go, let Jon Burley, the chief creative officer of Y&R London, (re)familiarise you with the surreal sights and sounds of the real Cannes. 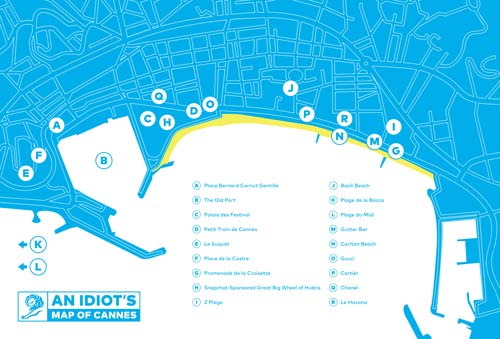 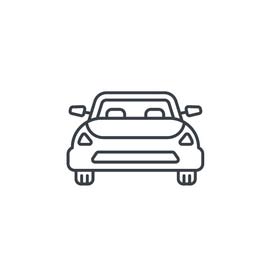 If you read the Mail Online whilst on the pot and have on occasion indulged yourself with the odd Black Cab, there is every chance you may have been quietly indoctrinated to believe that Uber drivers are a five hundred thousand-strong mob of drooling, ganja-smoking rapists and murderers who are in league with Transport for London in order to litter our streets with old Lucozade Sport bottles filled with rancid urine. Whilst this may well be true in certain parts of the capital (Stockwell, for example), when in Cannes please remember: Uber is your friend. There is just the one available public taxi to service the entirety of the Cote d’Azur during the Festival. It can be spotted parked up on Place Bernard Cornut Gentille and is driven by a 72 year-old man called Gaspard who plays gratingly loud French pop music from the 1980s and refuses to understand a single word of English and has never, ever heard of Juan-les-Pins, you drunken caca boudin. 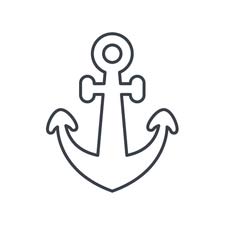 In the olden days, long before various empowered hashtags and a general sense of common human decency, this is where the ‘flamboyant’ yacht parties of yore would take place. The water here is stained a vivid bright pink from all the gallons of D’Ott-flavoured vomit expelled over the side of borrowed boats throughout the years, and locals believe that the area is haunted. Legend suggests that late at night, during off-season and when the moon is full, the ghostly sound of old Take That songs can be heard on the wind, along with braying posh laughter and a man screaming "But it stings! Please, Johnny, it stings!" over and over again. Best avoided after dark. 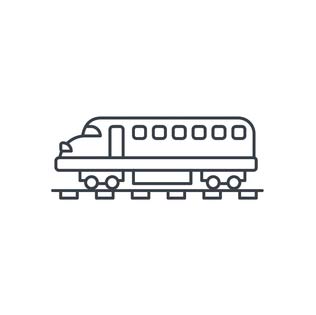 Also known affectionately by the locals as wagon des branleur, this small tourist train departs on the hour from nearby the Palais des Festival and takes approximately 40 minutes to wind its way through the narrow streets of Le Suquet. Very handy if you have neither the stamina nor the sobriety to wheeze your way up the steep hill to Place de la Castre, especially if you don’t mind being jeered at and pelted with human excrement by all you pass. Although why you'd want to go up there in the first place is anybody’s guess - it’s an old monastery or something and there isn’t a single award-winning advert to be seen anywhere. 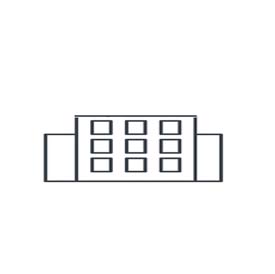 Very few people who attend the Cannes Lions International Festival Of Creativity know the purpose of this building. In fact, recent scientific tests have proven that it is actually invisible when looked at straight on, especially if you are a representative of a digital platform trying to hook up with new clients. 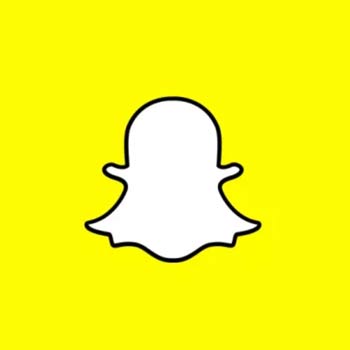 Nothing quite complements the exquisite, sun-kissed Belle Epoque architecture of the hotels and buildings lining the Promenade de la Croisette like a great, big, fuck-off yellow ferris wheel gloatingly advertising shitty plastic camera specs designed to ‘capture your perspective with circular photos and videos, reflecting the way you see the world.’ And it won’t be funny in the slightest if it breaks down at some point and maroons a group of hapless morons at the top of its arc, slowly desiccating them beneath the pitiless glare of the afternoon sun. If such a thing were to happen whilst you are there, be sure to be wearing your Spectacles in order to catch the action; that way we can all experience the discomfort and escalating panic in easily-digested fifteen-second snippets on Snap. 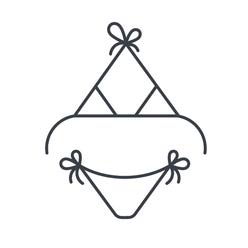 If skin cancer is your bag and you have the desire to be publicly mugged off whilst the waiters snigger audibly at the fact that you’re so desperate to be seen as a player you’re happy to pretend that 10,000 euros for a single crevette and a glass of D’ott really is good VFM, feel free to nab yourself a sun lounger on one of the private beaches and jetees such as Z Plage or Baoli Beach. If you wish to avoid bankruptcy but still work on your melanoma, then head to the west of town. Here you can find the free public beaches, Plage de la Bocca and Plage du Midi, where the locals flock to lie in the sunshine of an afternoon (the sunbathing residents of Cannes are easy enough to spot, with skin the colour and texture of scorched elephant leather and wearing absolutely nothing whatsoever to cover their withered, dehydrated, repellently sexless bodies, like something from a nightmarish Goya painting kept hidden away in the deepest vaults of the Vatican). 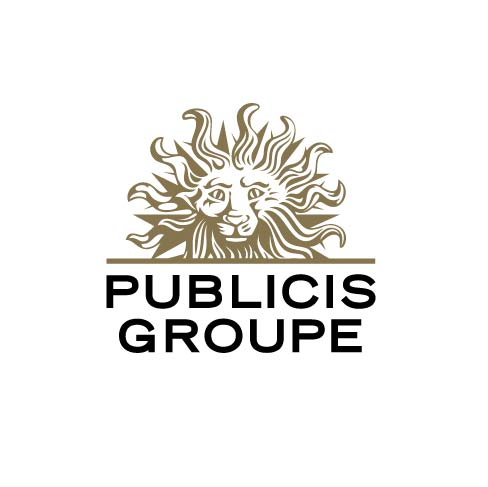 The mighty holding company, which in past years bestrode the city of Cannes like one of those much-loved advertising colossuses you’ve all heard about, will not be attending the Festival this year and has instead sent a giant silver robot called Marcel. Marcel will be easy to spot, as he has been cunningly programmed to fit into the general jolly vibe of the whole thing and will thus be wearing an ‘ironic’ Pussy Patrol t-shirt covered in vomit and a variety of brightly-coloured party wristbands. (UPDATE: since writing, it has been announced that Publicis Groupe will still not be participating in the Festival in any way whatsoever, especially the 86 members of staff and nearly 400 awards entries that have accidentally wound up there somehow.) 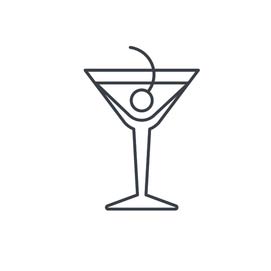 One of the more notoriously vivid places to drink during the Festival, the Gutter Bar has a certain legendary status amongst advertising folks of yore, many of whom are currently patiently waiting to see if they've made it onto ‘Cindy’s List.’ Rather than share their stories with you here and risk being slapped with a lawsuit, I’d simply recommend you visit it yourself to see what all the fuss is about. Just be sure not to look back when leaving at the end of the night as you’ll immediately be turned into a pillar of salt. 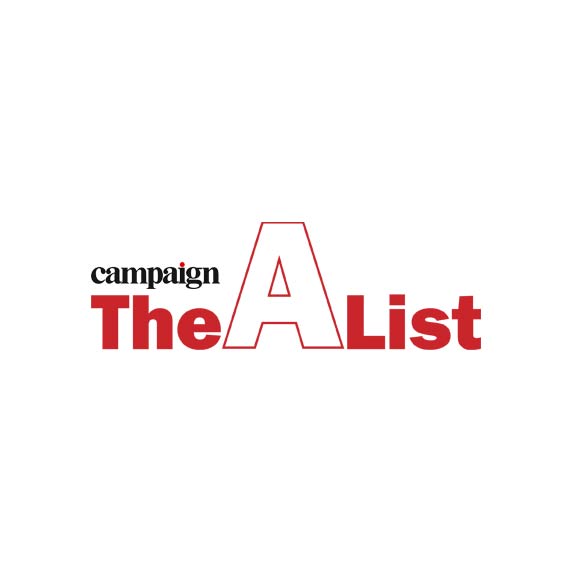 From 7pm on Wednesday evening at the Carlton Beach, this is where you’ll find a thrillingly eclectic group of human beings, every single one of them being really casual about whether or not they are photographed laughing uproariously with Claire Beale. 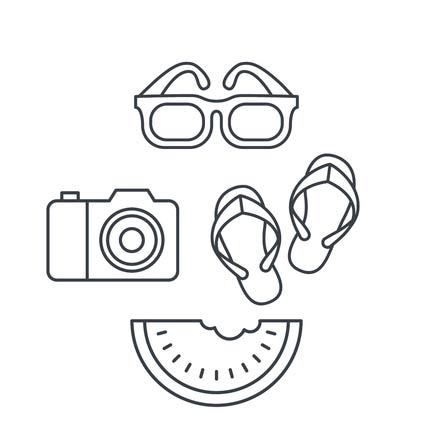 Cannes is globally renowned for having exactly the same lurid designer tat on sale but at twice the price as back home, with Gucci, Cartier, Fendi, Chanel et al gathered along the seafront with supercilious smiles on their faces, eager to pick your pocket and send you out into the street looking like someone has vomited Ru Paul all over you. If you’ve brought enough outfit changes for the week but need a pack of cigarettes, make sure you get to Le Havana before it closes of an evening (10pm); it can be mildly humiliating if one’s peers witness you weepingly hammering on the shutters whilst screaming the name of your favourite cigarette brand over and over again as if it were the name of your puppy and you’ve just watched it get run over by an articulated lorry. Run out of stuff to spend your money on and really fancy a hardcore ‘expenses claim challenge’? Then the Looky Looky Men are to be found all over the city touting various hats, handbags and belts, along with glow-stick necklaces that taste like shit if you decide to break them open and drink the liquid within. 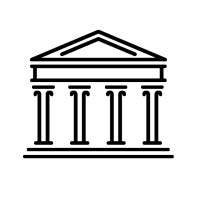 In the brief and blessed hiatus between various Festivals, the Carlton Terrace is a truly delightful place to hang out. Come the 18th June, however, and it’s like the fall of Saigon. Throngs of raging, desperate ad folk wash against the bar, clamouring for the attention of the bar staff whilst waving handfuls of sweaty euros in a panicky attempt to get served. Unless you’re physically attractive and/or visibly wealthy, you really are shit out of luck, pal. Jonathan Mildenhall has never had to queue there; whereas Paul Lawson has never been served, not once, during the entire twenty-eight years he has frequented the establishment. 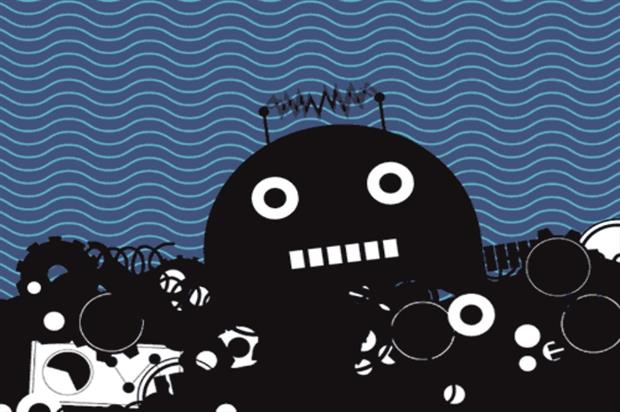 Secreted throughout Cannes are 1,000 anatomically correct, 9-inch high nude brass statues of Sir Martin Sorrell and Maurice Levy. No-one knows who created the statues - or, indeed, exactly where they are to be found, as they mysteriously move location every night throughout the summer. Some eye witnesses claim to have seen them moving of their own accord and scampering en masse through the pre-dawn streets of the old town, whisper-singing the Oompa Loompa Song from the 1971 Original Soundtrack of Willy Wonka and the Chocolate Factory as they go, but this is hopefully just a made up story designed to give people the right fucking heebie-jeebies.

View from a garden: Where have all the proles gone?

My top five winners from Cannes

Why Cannes named Spotify, not a person, for top media honours this year

Terry Savage: What Cannes should and shouldn't be