Nearly a year into the role, the Information Commissioner's tech and innovation head Simon McDougall is being 'kept up at night' by what he is finding amid an investigation into the way programmatic ads are bought in real time and broadcasting people's data all over the internet.

Ad tech companies may be purposely gaming the programmatic advertising market in order to collect data about internet users, the Information Commissioner’s tech chief has warned.

In an interview with Campaign, the ICO’s executive director for technology and innovation Simon McDougall admits he is "kept up at night" by companies that are deliberately losing online auction bids in order to collect user data about potentially millions of people.

McDougall is leading the ICO’s investigation into real-time bidding and issued a warning to ad tech companies in June that they had six months to start taking action over the way people’s data is used in the real-time bidding system.

RTB is an auction-based system that determines which ads are served to individual web users within a fraction of a second as they browse a web page. After a user lands at a web page, a bid request is pushed out to potentially hundreds of ad exchanges and a data profile about that user is broadcasted. 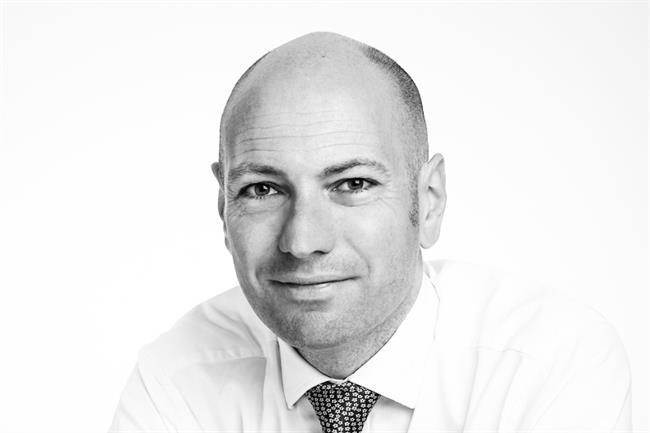 McDougall (pictured, above), whose career was rooted in the private sector before joining the UK’s data protection watchdog last October, describes how RTB has evolved into a world of "perverse incentives" in which being "intrusive" is rewarded by better ad prices.

While this process is meant to yield the highest price for advertisers that want most to target particular individuals, McDougall warns he had heard examples of the system being exploited through the ICO’s investigation into RTB.

He says: "I do think there is a risk when small counter parties in the middle are open to a classic security breach. One thing that keeps me up at night with this is that it’s very easy for one of these counter parties to very quickly build up a database of millions and millions of profiles. And we’ve had anecdotal evidence that at times some firms are trying to exploit the Open RTB system to start to build their own databases by delivering low bidding for advertisers."

McDougall does not know why some companies may be purposely losing real-time bid auctions in order to collect data, but that is part of the ICO’s inquiry.

In the past few weeks, the ICO has written to a range of UK-based players in the ad tech ecosystem, because the regulator wants to create a "line by line" understanding of their current practices.

"There is an element of the unknown here," McDougall admits. "We know that if we’re asking people on a voluntary basis, the good players will help us and they have helped us in the past. We’ve had great co-operation from the industry so far. And the bad players won’t help us."

However, the fundamental problem with the programmatic advertising ecosystem right now is that the system has become so big and fragmented that most of the players do not know how the system works; they only know how their own part of it works.

"It’s very hard for anybody involved in this world to know exactly who they share data with. So if somebody did want to give us the profiles for supplementing other data sets or building more personal profiles themselves and they used those for marketing purposes, which would be unauthorised and unlawful, there’s nothing really stopping you from doing so right now as a motive. If you base it on contractual commitments, there are no technology controls and that worries us."

Advertisers are ‘pouring money in without knowing where the ROI was’

McDougall admits that he and his team were surprised by just how ignorant the ad tech industry was, as a whole, about how real-time bidding works as a complete system.

"It surprised us because we assumed we were going in to learn about this and that people in the industry would all know about it. And we just found in every conversation – the vast majority of folk would be saying ‘well you know this is our bit; we don’t know what goes on elsewhere’. And very often, this led on to anxiety around what was happening elsewhere. And then a feeling that also commercially, perhaps they weren’t always getting the best deal. Advertisers felt that they were pouring money in without really knowing where the ROI was. The publishers felt they were only getting a small slice of money from the advertisers."

While McDougall is keen to stress that the regulator is supportive of programmatic advertising (he is impressed how the technology is "super clever") – he is clear that the system is broken and must change.

"We’ve got to this world of perverse incentives, where the more intrusive you are, the better price you’ll get for ads. One thing that has come through to us by talking to all of these parties is that the vast majority, and pretty much every publisher and advertiser, don’t like how the current system works.

"They want it to change, but then they turn to us and say ‘but we can’t do anything about it’. The publishers say ‘you know, we need the revenue'; many publishers are under a lot of financial distress right now, it’s a hard market for them. And this gives them slightly better returns; only slightly, but it makes a difference.

"Advertisers have to get to their audiences. So that’s why we are pushing on the industry to change here, because the ideal world for us is not that RTB stops, it’s that RTB works better."

Why, then, has it taken the ICO several months to put the adtech industry on notice over RTB? Complaints about the Internet Advertising Bureau's openRTB system, as well as Google’s Authorised Buyers protocol, were flagged to the ICO by privacy campaigners Open Rights Group last September. Brave, the ad tracker-blocking browser, has been a leading complainant against RTB in 16 European countries.

"We are a regulator and we have to make sure that we cover a whole range of angles and that we work in a way which is orderly and thoughtful and considers all the evidence that we have to hand," McDougall says. "So we’re not going to be rushed, we’re making sure that we do this in a way which has the best change of effecting real change and responds to the big picture rather than any individual."

McDougall also reveals that the ICO has been meeting with representatives from IAB Europe and Google this summer. While he wouldn't give details about how many meetings had taken place, McDougall said discussions have been "really productive", while the IAB UK has called on its members to review their current practices.

He adds: "I’m very happy that we’re getting the attention of the industry. And we are starting to make progress, but a lot more progress has to be made over the next few months if we’re going to be satisfied."

Progress is welcome, but what confidence does McDougall have that the RTB system will fundamentally change to one where people can make informed and fair decisions about how their data is collected and broadcast across the internet?

McDougall is reluctant to give a number but warns "it’s in the balance".

"I think the sector has evolved to a place where change is hard. Change is hard because it’s complex and because everybody who’s involved in it is trapped in their own bit of the ecosystem. It’s a market which is not functioning properly. It can’t evolve without really focused effort.

"The reason why I have some optimism is that both with IAB Europe and Google and with a lot of the individual players I’ve spoken to, they’ve expressed a real desire to make change happen. And so it’s not as if we’re being ignored. If we thought there was no chance of any progress being made we wouldn’t have gone down this route of giving the industry six months. We’ve gone down this route because we think there is a chance."

It's time for a global standard on ad fraud

Programmatic is transforming the creative potential of OOH