A passion for skating and its culture fuels "same old" magazine.

To say I made this would be an exaggeration, as I produce same old magazine – a densely packed tribute to skate culture and history – with my great friend Chris Parkinson. Why do we do it? Because skateboarding had an impact upon our lives that has never gone away. Kids pick up a board and gain a self-identity. It’s empowering, even if it did mean getting beaten up every so often.

Looking back, it all started in 1985 when we grabbed a hooky copy of The Bones Brigade Video Show, one of the first videos of its kind and the precursor to the action-sport film. This not only transformed what could have been a long and dull summer holiday, but influenced much of what I’ve been inspired by since. Thirty-four years later, I find myself immersed in a historic world of skateboarding to create same old. 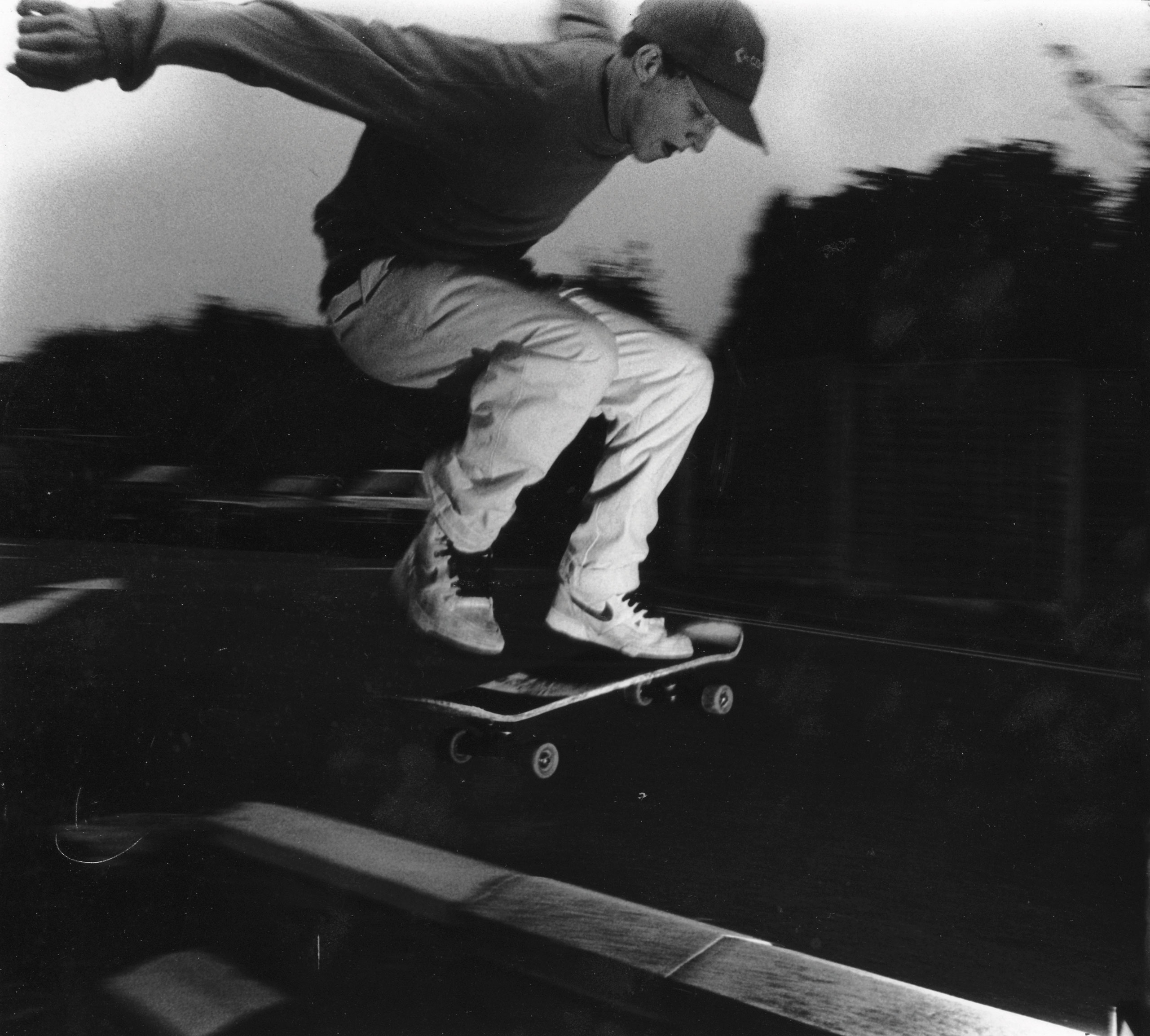 What I’m deeply interested in is why skating has remained such a fascination. At its core, it’s about creativity, rebellion, personal challenge and invention. It’s a positive force that celebrates self-expression and encourages those involved to share their art. It drives perseverance in participants and, fundamentally, skating stops you from being static.

Skateboarding is also a creative force for good with individuals involved demonstrating the potential to change our world. A great example of where skating has had an enormous social impact is the Skateistan project – an initiative to combine skateboarding and education. From its simple beginning in 2007, Skateistan is now a successful international NGO.

This is why I get so excited to be involved in the world of skateboarding, now more than ever when five billion people across the world will experience skating in the 2020 Tokyo Olympics, perhaps for the first time. Inclusion in the Olympics is a topic that divides the skate world, but as it goes mainstream it will generate more opportunities to support and empower young people and create the potential to positively impact lives.

The next issue is now imminent. The print runs are small and we mostly sell directly, which just about covers our costs but definitely not the time and energy that goes into it. It’s massively rewarding to see brands such as Supreme and Slam City Skates carry the magazine worldwide, but this is no retirement plan. The motivation is simple – skating makes your life better and the board with four wheels can change the world.

Welcome back, The Face