One thing we have discovered amid the hysteria about ad-blockers is that consumers don't like shit ads. This revelation should serve notice that brands that treat their customers with respect and build enticing experiences will succeed in retaining them in the long term, Chris Clarke writes.

Counterintuitive though it might be in the pages of Campaign, I’m going to start out saying something boring. I’ve discovered over the years that nothing the press thinks is going to be a TOTAL FUCKING DISASTER ever is. We have not succumbed to Sars, we do not have Romanians sleeping in our children’s beds and Ebola is now in retreat. Go us.

Like the mainstream press (apologies to my hosts here), the fourth estate of the marketing world often uses hyperbole and fear to get a reaction. We end up thinking THIS will be the DEATH of THAT, or that EVERYTHING is now ABOUT THIS and that stuff is FUCKED!!!

Social media has undoubtedly exacerbated the situation – nuance is gone and what is left in any argument are a couple of weird bogeymen shouting into a barrel enjoying the reverberating echo of their own voices and brooking no quarter with dissent. Trump vs Sanders, you might say.

So what are we to make of the headline-grabbing news that AD-BLOCKERS want to STARVE YOUR KIDS?

Look behind the hysteria and the facts are encouraging. According to the Internet Advertising Bureau, less than a fifth of UK adults use ad-blockers and, in any case, websites are free to sniff out those who would get information for free. On top of this, the same IAB study says 61 per cent prefer to tolerate ads than pay for content. Brilliant: breathe out, crack open a bottle of ouzo.

So the situation isn’t as bad as it seems. People will always want good "content" (I pause while I do a little mini-vom in my mouth at my own use of the word) and it’s increasingly becoming OK to think the creators and distributors of said content should be paid a small stipend for their efforts. So it’s subscriptions or ads – and you had better suck it up.

So far, it seems a lot of people – 50 million on Netflix alone – are happy to pay not to see the guileless shit our industry pumps out. What remains to be seen is if that is still the case when the subscription price reflects the true cost of making so much excellent telly. I rather hope that, come the day Netflix has to operate in the real world, the expectations of viewers will be so high that advertisers will have to earn their place on the channel by being good. Maybe it’ll be the 70s all over again when the ads were better than the telly.

So consumers (another mini mouth vom) don’t like shit ads. What a shame, then, that the industry has spotted their reluctance to stare open-mouthed at our messaging and, instead of obsessing about making really compelling and useful advertising, we’ve just found more irritating ways to up the frequency of our messages on those channels that are still available to us.

I would wager that more or less nobody reading this has not seen an ad on the internet or on social channels for Mahabis or Made.com. These two companies for me exemplify the desperate digital-era advertiser. Show the ad, get a little bit of interest and, then, like some cartoon salesman hanging on to the feet of his retreating quarry, show the ads again and again and again. But unlike the salesman, these guys will keep showing the ads EVEN IF I’VE BOUGHT THE FUCKING SLIPPERS/POORLY MADE SOFA.

And herein lies the rub. Historically, you could advertise your way out of a bad product. If you couldn’t polish the proverbial turd, you could roll it in brand glitter. But in a world where prospective customers just get more irritated by the desperation of our shouty messaging, this cannot work.

And perhaps it’s fair to say that high adspend is like a tax on bad products – or, at least, products that are poorly differentiated. If you rely on incredibly high frequency to get your message across, there’s something a bit boring about your message.

And there’s really no excuse now for being neither interesting nor relevant. We have incredible data resources at our fingertips. Currently, there are few agencies that really understand how to use this data, yet using it in the right way is likely the key to our future.

We are at a point where we can use the "consumer insight" available to us to serve prospective buyers well, or we can use it to harass them and haunt them like some spooky "ghost of advertising future". Getting the use of data right and applying the charm of genuine creativity seems to me to be the essential point here.

Our industry is definitely under stress. The rise of the big digital platforms has sucked a lot of the cash in one direction and made it harder to invest intelligently in changing agency business models. In among all this, the hyper-rationalists seemed to have gained the upper hand, putting too much emphasis on an arms race to hyper-targeted and intrusive forms of communication.

The people we seek to seduce don’t seem to like this much. To thrive, we need to concentrate on the true art of seduction. Be interesting, compelling and useful – or just really damn beautiful.

Outside of the programmatic bombardment, where the algorithm rules, it’s possible to build touchpoints around brands that people actively want to be a part of. Brands such as Cole Haan are shifting lots of product from their Instagram account. Even deeply traditional organisations such as the National Trust are attracting new audiences through smart service design with its mobile app.

Your weekend assignment? Break out the summer colors, even in the middle of winter. 40% off select ZerøGrand styles at the link in our bio. #colehaan #regram @erinneayana

Ad-blockers are just a response to the industry’s collective failure of imagination. Those brands that treat their customers with respect and build enticing experiences will not suffer in the long term, even if the ad-blockers continue to rise.

Chris Clarke is the chief creative officer, international, at DigitasLBi

Ad-blocking: How agencies can meet the challenge 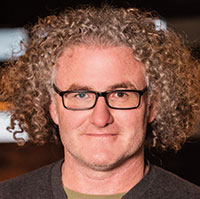 Wayne Deakin, executive creative director, AKQA:
Our industry still clings on to ad-blocking as a technical problem when it’s not. Have I seen actions that get around ad-blocking? Some say donation models or ad-light or "the psychology of switch-off" are working. Pre-whitelisting and "recommended articles" widgets are interesting directions. Inserting audio and video ads together by unpacking and restitching the data stream, so the content and ad appear as one continual stream, are also approaches to watch.

But they still don’t fundamentally address the problem. The solution is that we need to serve up "experiences" that add value to people’s lives. Simple: create a tool or something useful that the audience wants rather than some commoditising and untargeted interruption. Focus on quality, entertainment or shortening the purchase journey rather than mindless automation. The decline and questionable effectiveness of display – particularly amid growing concern about the fraudulent practices of bots – fuel and confirm this. It’s why ad-blockers came about. 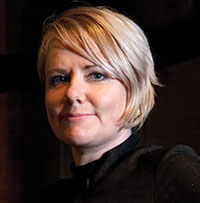 Laura Jordan Bambach, creative partner, Mr President:
The people most likely to use ad-blockers are the most valuable consumers. They over-index as more educated, urban folk with higher salaries. As early adopters. As anyone under the age of 30. People who are on their mobiles and tablets more and on their laptops and desktops less. Display advertising, which has barely changed in 15 years, has already been consigned to the dustbin of people’s attention on screen. We shouldn’t be looking for new ways of getting in people’s faces – the digital/mobile space doesn’t work that way. We need to create entertainment and utility that draw people in. Ad-blocking represents exciting and challenging times for both creative and media agencies and the brands they work with. As has always been the case but is often forgotten, there’s more to digital than just a placement opportunity.

One of my favourite pieces of digital advertising last year came from Deutsch, with its work for Taco Bell. From its new site ta.co, to embracing all things taco, it speaks to taco lovers about their common passion and has the humility to keep the brand at the same level as other taco fanatics. Its "emoji engine" is a thing of beauty (and I thought I had emoji overload!). See the below Tweet for an example:

is #WINNING #TIGERBLOOD and they have an emoji to prove it.

L’Oréal Makeup Genius is an intuitive mobile app of enormous beauty and usefulness. Connecting virtual reality with a slick e-commerce back end has given L’Oréal an effective and playful new retail channel – and something on the phone that gets a hell of a lot more attention than a banner ad ever would. 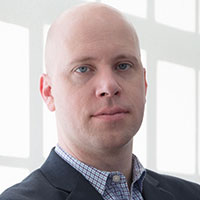 Jim Mason, executive director, strategy and insight, Razorfish UK:
Companies have relied for too long on interruptive online advertising, but that model is broken because consumers simply overlook banner ads and increasingly use ad-blocking technology. When people are willing to pay a fee for ad-free services such as Spotify Premium, we know they are committed to be free of interruption.

The answer for brands is to engage consumers with valuable and interesting content. Mercedes-Benz created Build Your Own GLA, a product customisation tool on Instagram that launched a vehicle model to an entirely new, younger and advertising-averse audience. 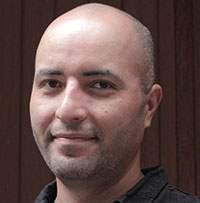 Rodrigo Sobral, integrated executive creative director, R/GA London:
It’s early days to say which ideas are the most effective when sidestepping ad-blockers. Some publishers are blocking/limiting their content for users with ad-blockers. Others are delivering "respectful advertising" or simply charging for ad-free content. This all seems like the logical thing to do now but not the most effective in the long run.

The radical shift must place the user-experience centre stage, delivering non-intrusive ads that respect loading time and page weight and better-targeting ads that are contextual, while respecting users who do not wish to be tracked (excluding them from ad- and analytics-related tracking).

The only content users will want to see is content that is entertaining, culturally relevant or meaningful to them.

Mondelez: We would welcome a bit of ad-blocking

The warning is clear: make better ads or get blocked

Ad-blocking could end our industry. Why is no one stepping up to change that?