Fans can interact with Hugh Laurie's psychiatrist on Facebook Messenger.

Hulu is extending the drama of its week-old original series "Chance" to social media with a chatbot that takes on the persona of its lead character, a neuropsychiatrist played by Hugh Laurie.

"Chat with Chance" gives fans an online session with Laurie’s character Eldon Chance, a neuropsychiatrist who faces ethical dilemmas while treating a patient with a multiple personality disorder.

Before fans can interact with Chance, they first have to take a test to evaluate their moral ethics at findyourlimits.com, where they also connect to Facebook Messenger. Visitors are asked questions about weighty topics like murder and stealing. Then the "Chance" bot contacts them, revealing the test results and asking them how they feel about the analysis. The bot then continues the conversation around morality. 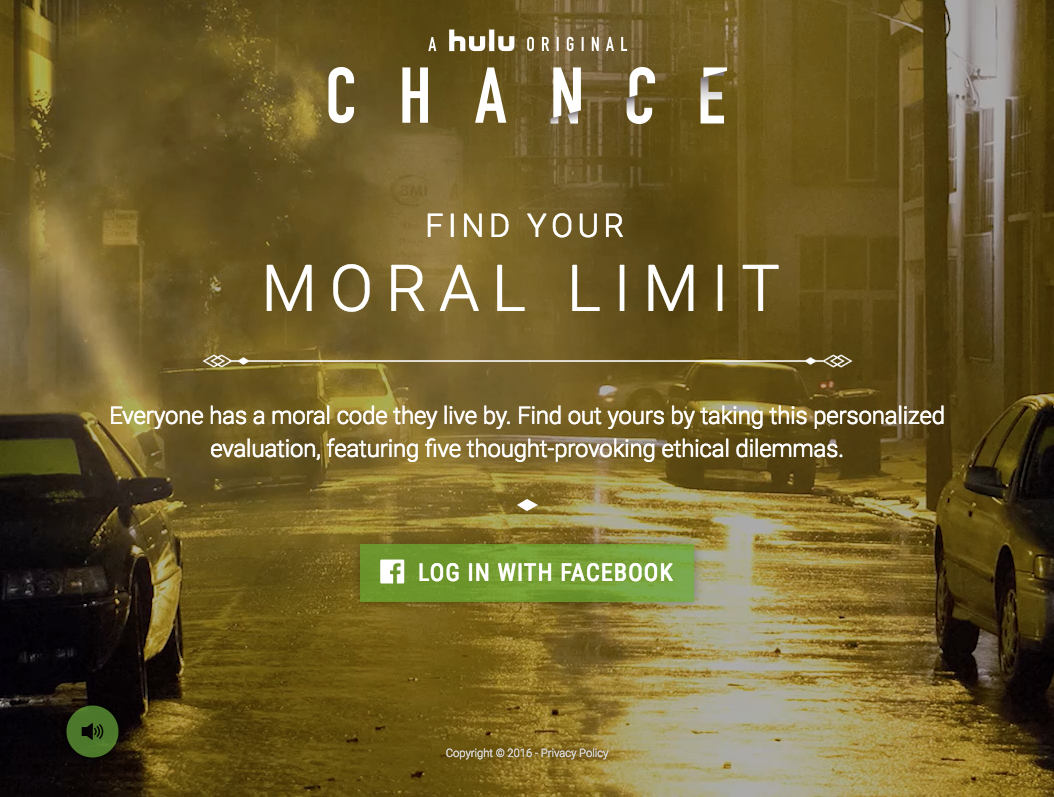 "We wanted to introduce viewers to the morally questionable world of the show in a personal and interactive way," said Japhy Grant, head of social marketing for Hulu’s original programming. The streaming platform is constantly looking for ways provide value to its users, he added, even when they are on other platforms like Facebook.

The chatbot, created in partnership with Seattle-based digital agency POP, will be active throughout the duration of the 10-episode season. Hulu’s social media team is working closely with the writers of the show to create the chatbot dialogue, said Grant.

"You’re going to learn things and see another side of the story you’re seeing on TV," he said. "Plus, it’s fun. How many times have you wanted to talk back to a character in a show you’re watching?"

To fix adland's morale problem, start with the work