A play on words is being used in a provocative new campaign designed to raise awareness of the menopause, with clothing brand Become running a #HotWomenOnly contest this month to find models for its underwear range.

Photographs of a slim model’s torso with slogans such as ‘Are you hot enough for us?’ are being used in the campaign. It is a deliberate echo of the controversial Protein World billboard ad that was banned by the Advertising Standards Authority in 2015 after outrage over the image of a bikini-wearing model with the slogan 'Are you beach body ready?'

The new campaign has been designed to help break down the stigma surrounding menopause and redefine what it means to be 'hot', according to Lindsey Robins, head of marketing at Become.

It is being promoted across social-media channels, with slogans such as "Only 1 in 10 women are hot enough for our underwear" and the winner of the competition will become the face of the brand. 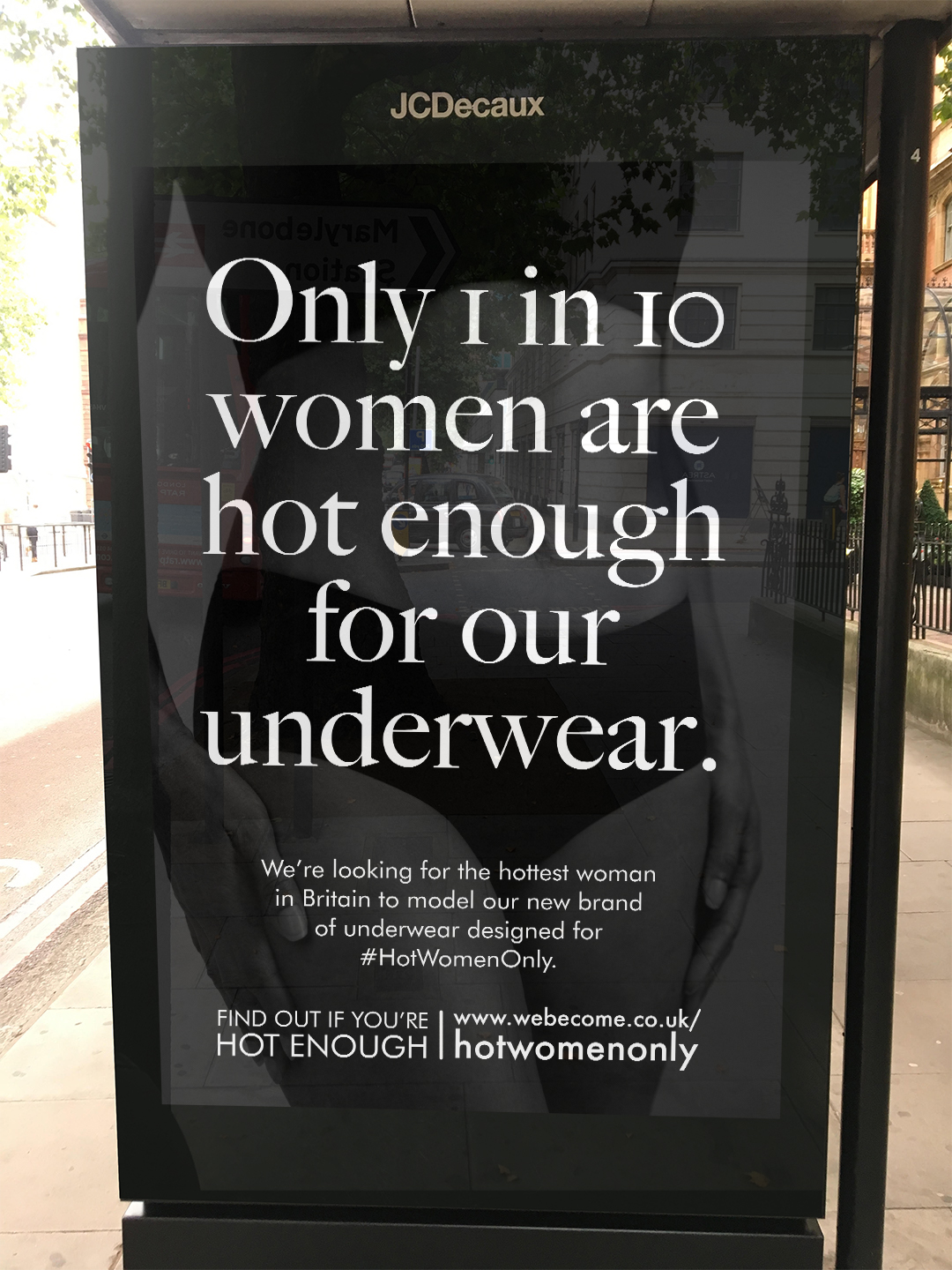 Most women will experience the menopause at some point and about 75 per cent will be affected by hot flushes and night sweats, among other symptoms.

Robins said: "As many as 10 million women in the UK are dealing with the menopause right now, but we believe that this shouldn’t hold you back in life.

"We're redefining what it means to be 'hot' by proudly sharing the stories of real women over 40. Menopausal women have a powerful voice that deserves to be heard."

This article first appeared on PRWeek.