8 Charlie Bigham’s 'Only delicious will do' 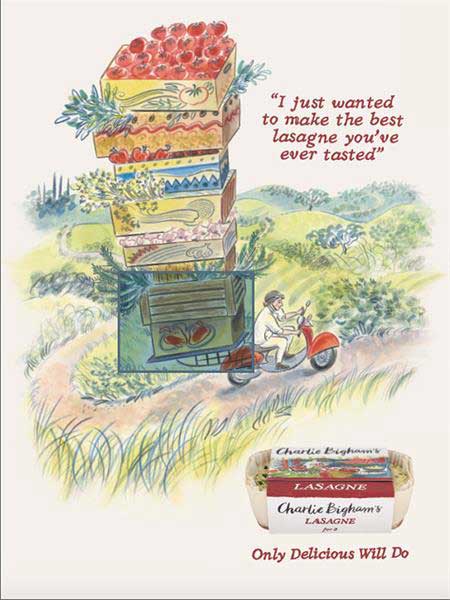 Bringing a sense of glee to the pre-prepared food sector, Charlie Bigham’s launched a decidedly nostalgic press spot encouraging foodies to try its dishes. The ad showed a man in a cream suit (apparently a depiction of Bigham himself) balancing a comically large tower of produce on his scooter. 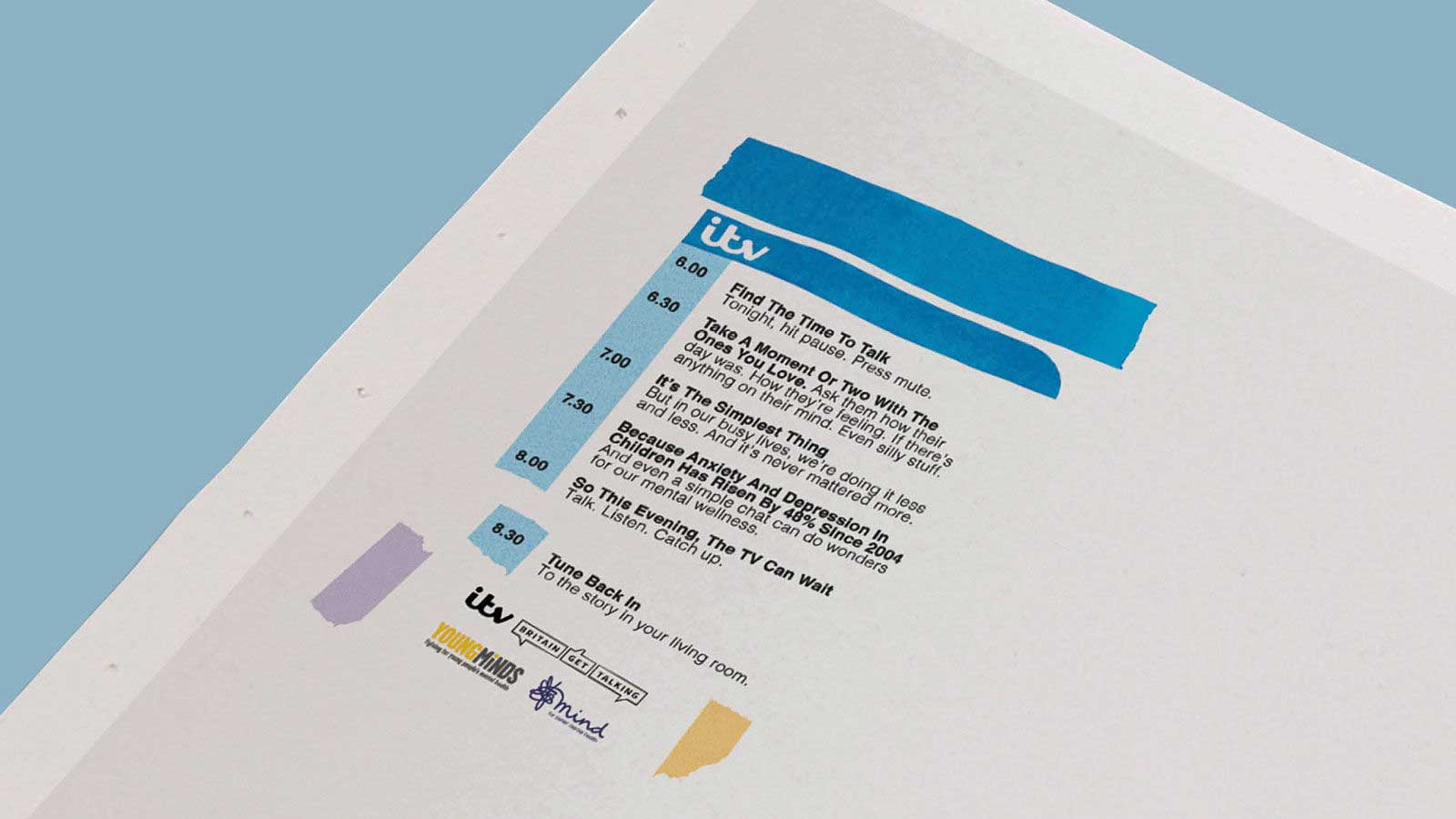 As part of ITV’s mental wellness campaign, the channel released a minimalist print ad encouraging people to be more open about their feelings. Shaped like a deconstructed TV guide, the work focused on different moments of connection caused by having a frank conversation, ending with the line: "Tune back in to the story in your living room."

This summer, John Lewis & Partners launched a punny newspaper spot in celebration of the World Cup win by the men’s England cricket team against New Zealand at Lord’s. The spot left readers bowled over with a cheeky piece of wordplay on the brand’s tagline "Never knowingly undersold".

5 Tesco 'Prices that take you back' 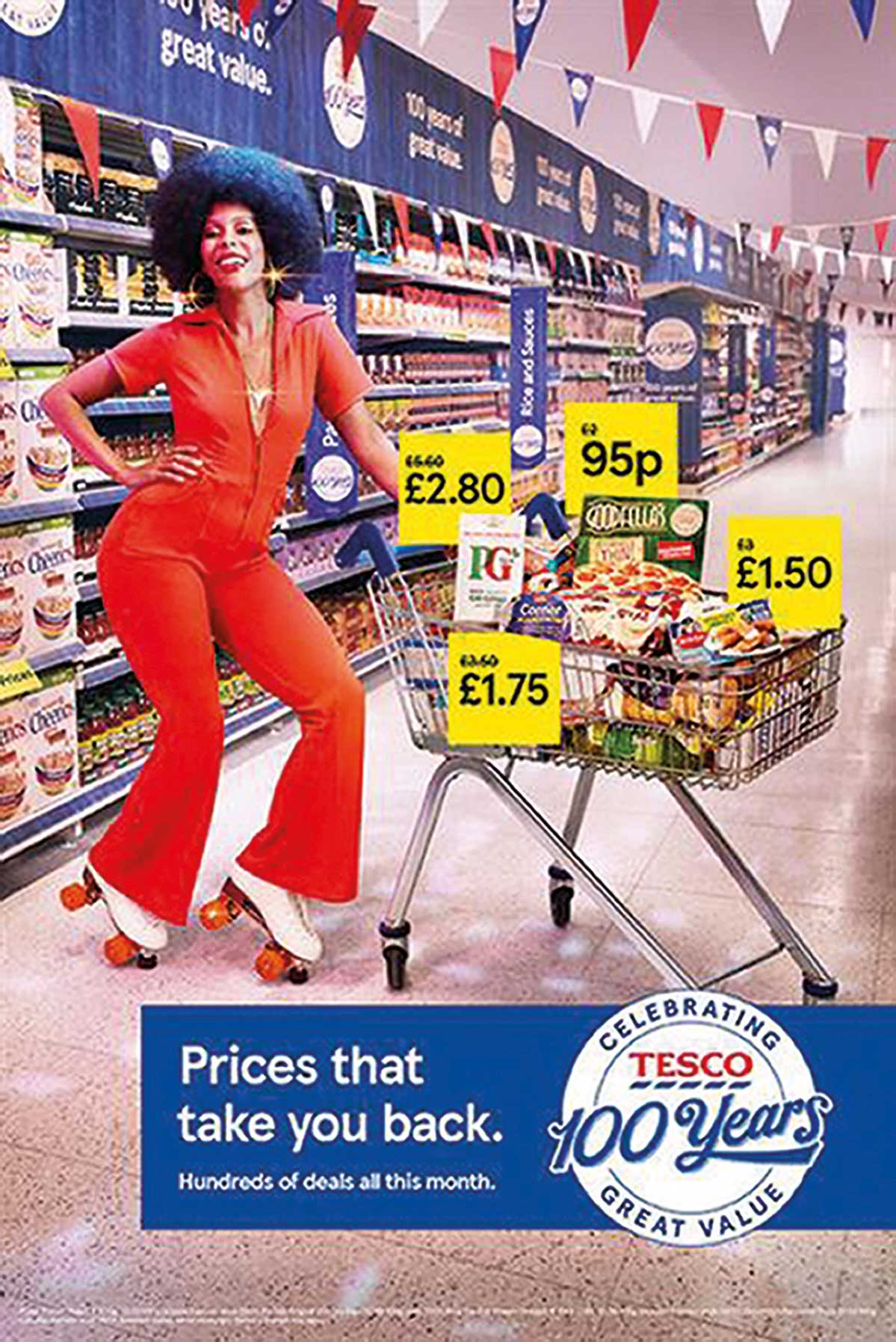 To mark Tesco’s 100th anniversary, the supermarket took customers on a journey through its century-long history with a series of ads featuring nostalgic references, including roller-disco girls and one-time Noel Edmonds’ sidekick, the somewhat disturbing Mr Blobby. 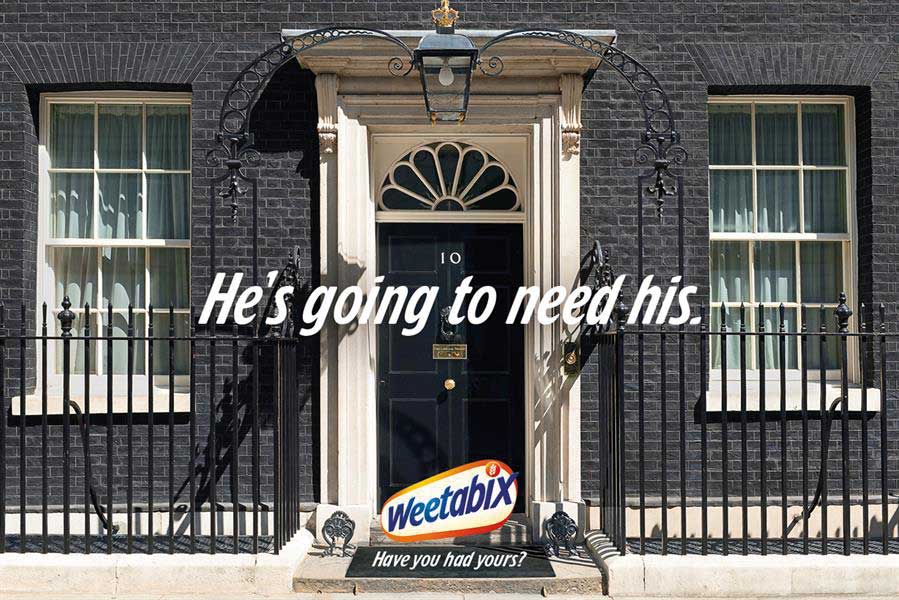 As Boris Johnson prepared to step into his new role as prime minister, Weetabix couldn’t resist an opportunity for some topical advertising. Published as a half-page ad, the spot showed the famous black door of 10 Downing Street overlaid with the words: "He’s going to need his."

Launched across 12 UK cities, "We are not an island" celebrated the international influences on British culture, from R&B’s influence on grime music to the obvious French inspiration behind Oasis’ anthem Champagne Supernova. Each work highlighted Great Britain as "part of something far, far bigger", in spite of (supposedly) ever-impending Brexit deadlines.

Out of the 1,244 footballers who have played for England’s men’s team in its 1,000 matches, only 93 have been black. Nike celebrated those 93 who changed the face of English football. A press ad showed the first black England player, Viv Anderson in 1978, passing the ball to the most recent, Tyrone Mings. 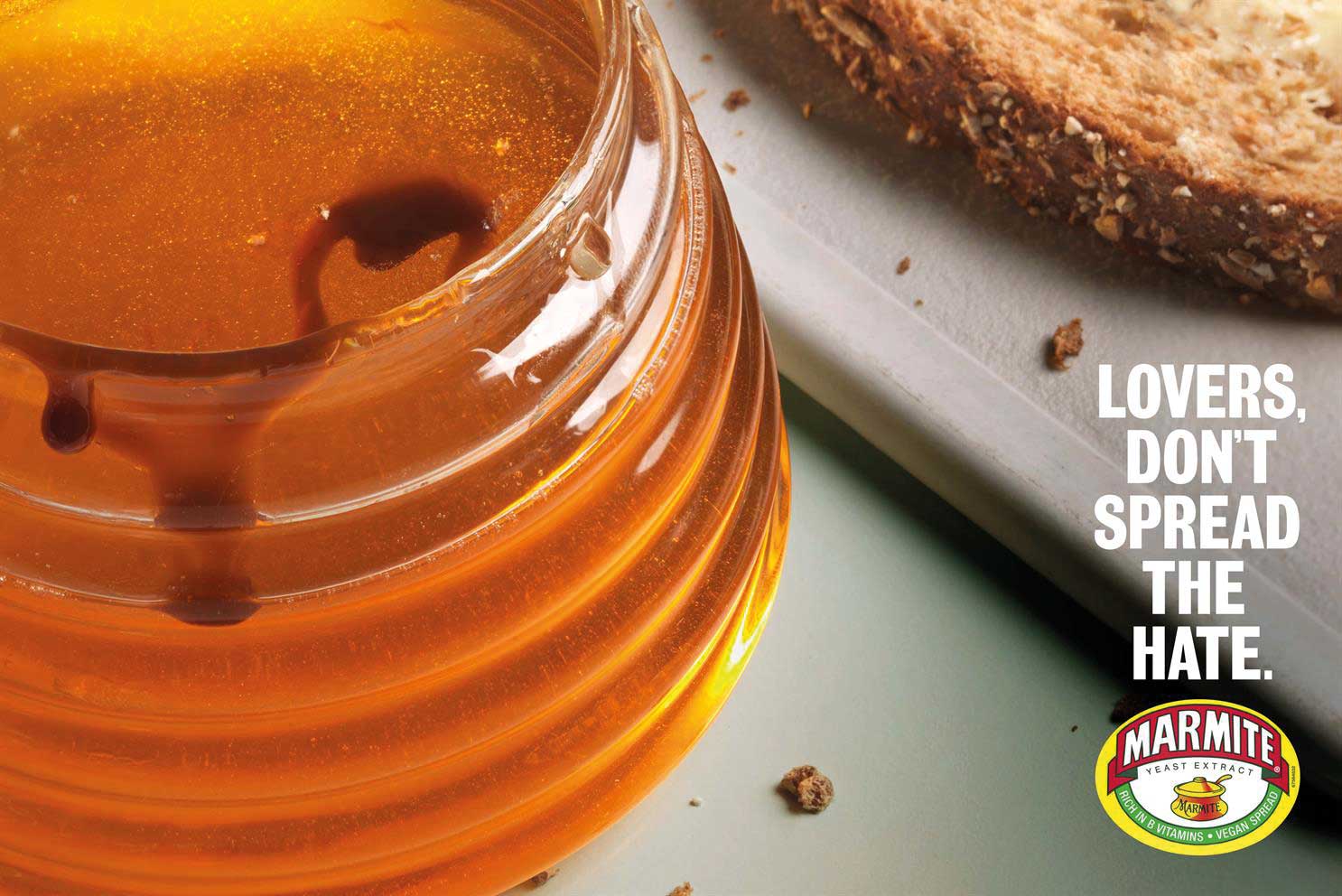 This campaign wowed the Cannes Lions jurors this year with golds across three categories, including Print & Publishing, and a silver for Outdoor. The ads show butter, marmalade and honey, all of which have been tainted by a Marmite-laden knife – a definite no-no for those opposed to the divisive spread.