The Partners Andrews Aldridge co-founder re-emerged at Wunderman Thompson as UK chief creative officer this year. In recent years, Wunderman has been successful at winning new business while lacking creative firepower. Aldridge is well placed to turn this around.

Wins from AMD, Carwow and McVitie’s owner, Pladis, this year will offer Jex more creative challenges as the management team hits its stride. His most memorable work was for social enterprise Beco, which invited companies literally to steal its staff in a bid to close the disability employment gap.

The erudite Laurentino reached the one-year mark as creative leader at Ogilvy UK. The agency has undergone much turmoil in recent years, but the native Brazilian is helping to smooth things. A lifelong Anglophile who made London his home in 2011, Laurentino’s respect for his adopted country’s craft was evident in British Airways’ 100th anniversary campaign.

After helping to build the reputation of the BBC’s in-house agency, with campaigns this year ranging from the Fifa Women’s World Cup to Peaky Blinders fan-art tributes, Simon took the top creative job at VMLY&R. The agency formed from VML and Y&R London has struggled to find its feet post-merger, but Simon’s talents will hopefully steady the ship.

Vega is still relatively new to the UK but he is finding his feet. Direct Line has a refreshingly light tone of voice for insurance – a somewhat dry category – while BT launched its biggest brand campaign in 20 years. Marie Curie’s campaign to get more people talking candidly about death hinted at the Argentinian’s creative depth.

Elliott and Tudor presided over an innovative marketing experiment when Lexus released a documentary that could run for 60,000 hours – a celebration of human craft in a tech-obsessed world. Their crowning glory was Argos, which, after offering up a fashion collection made from furniture, warmed hearts with a dad and daughter’s epic, home-staged rock concert.

Monk took the reins of a bigger creative department as Publicis London, Poke and Arc merged into a single shop. Shepherding a seamless integration will prove a meaty challenge. Renault’s moving film about the decades-long relationship between two young women revealed his creative ambition.

Bailes is the creative pulse behind one of the UK’s big players. Cadbury’s campaign tackling loneliness among the elderly restored some humanity to the brand. O2’s Rugby World Cup ad was beautifully crafted, while, in typically cheeky style, Paddy Power went on a mission to save football shirts from sponsor branding.

Wieden & Kennedy didn’t have its strongest year but Tait and Davidson still nurture a band of unique creative talent. They hit their stride with TK Maxx, made the fastest remix of all time with The Chemical Brothers for Formula One and helped Sainsbury’s stand out amid the Christmas ads onslaught. 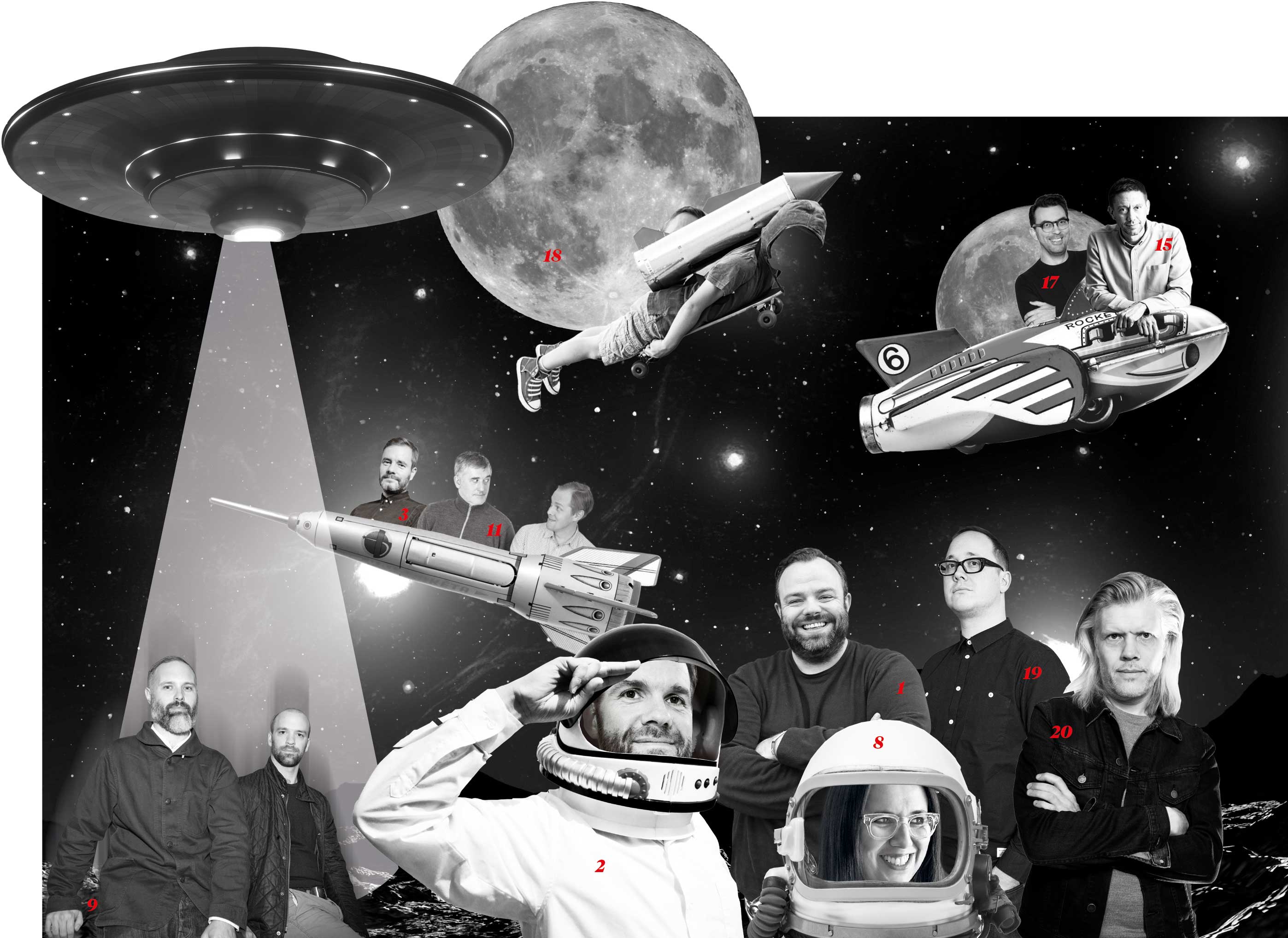 Following Lucky Generals’ opening in New York this year, Brooke-Taylor now has a wider remit. The agency produced its first work for the Co-op and Celebrity Cruises, while Yorkshire Tea put more celebrities to work and Amazon brought back its animated delivery boxes for Christmas. Helping snag Zoopla was another victory.

At the start of the year, Doubal and Thomson were elevated to UK-wide creative chiefs at McCann, expanding their remits beyond London. While the agency has been much lauded for Xbox, the pair also oversaw strong campaigns for Aldi, Refuge and L’Oréal, the last of which published a special issue with Vogue to combat ageism.

Sobhani has the power to brighten up any room. Her energy bleeds into the work, particularly for the agency’s biggest client McDonald’s, which has taken a promising turn since Sobhani took the helm. Winning the Iceland account will give her a new challenge to get her teeth into.

It was a coup for Havas London to nab Maguire from Grey as its new creative chief, starting next year. She is one of the most beloved leaders in the business, not least for her openness and passion. That spirit was seen in Lucozade Sport’s campaign for the 2019 Fifa Women’s World Cup, which reworked the classic Three Lions song to rally the nation behind the Lionesses.

After much speculation about who would be the creative partner at James Murphy and David Golding’s post-Adam & Eve venture, the job went to Heartfield. He has a proven track record at Bartle Bogle Hegarty, most notably with Audi and Tesco. Now, all eyes will be on Heartfield as he helps to launch one of the most hotly anticipated shops in years.

Leonard’s brainchild remained one of the most talked-about agencies this year, thanks to work for The Guardian, BrewDog, Nike, ecover and ITV. The last of these took creative strides starting with cinematic films celebrating the power of characters and culminating in an interruption to Saturday-night programming to get people talking about mental health. It was all part of Leonard’s vision to build brands that matter.

The Balarins started 2019 on a high after Mother was named Campaign’s Agency of the Year. Their high point continued to be Ikea, which turned a nightclub into a comfy bedroom, launched a giant bath toy on the Thames to clear up rubbish on the river and mashed up grime and animated household objects for the brand’s first Christmas ad. With typical humour, the pair also helped Elvie tackle female incontinence and KFC introduce new products. On a more serious note, they started a conversation about mental health with Samaritans.

Grieve went solo following the exit of his long-time creative partner Adrian Rossi for Grey London. Thanks to the barnstorming "Viva la vulva" for Bodyform, AMV BBDO became 2019’s most-awarded UK agency at Cannes. Grieve also oversaw another hack for Hiscox, Asda’s Christmas special and some fine spots for Guinness. He was promoted to chief creative officer this year and soon after moved Nadja Lossgott and Nicholas Hulley up the ranks to executive creative directors, setting the stage for the next generation of talent at this shop.

Kolbusz’s creative ventures have reached new levels of eccentricity in the past year. Crystal healers found nirvana through Barclaycard, The Favourite director Yorgos Lanthimos made a surreal short for Mini that didn’t mention the brand once, Gio Compario stopped singing opera and Rustlers released a full-length German arthouse film about hamburgers. Some might think Kolbusz is trolling advertising, but perhaps he is remaking the medium altogether.

The humble Brim doesn’t need polished speeches or flashy trainers to prove his creative firepower: the work speaks for itself. Whether it’s steering Virgin Media in an "unlimiting" direction, hypnotising people into loving Marmite, capturing the next generation of PlayStation gamers or bringing John Lewis and Waitrose together for their first joint Christmas blockbuster, Brim’s output has variety and depth – and it has produced results. As the last of Adam & Eve’s co-founders left the building, Brim’s leadership has set the agency on course to carry on their legacy.