Game of Thrones viewers will get an extra helping of flesh this evening as Hostelworld's new ad, which airs during the show, shows a group of travellers going skinny dipping.

Lucky Generals created the work for the hostel reservation website, which has gone through a global rebrand and is targeting millennials with its new campaign.

The spot opens on a group of youths at a Mexican sinkhole as Seasons (Waiting On You) by Future Islands plays in the background.

The travellers strip off and jump in and only then begin introducing themselves to one another. The campaign is called "meet the world".

The ad was directed by Sara Dunlop through Rattling Stick. It launches today (1 June) on TV, during an episode of the raunchy fantasy series, Game Of Thrones, as well as airing in cinemas and online.

The TV and cinema spot is backed by outdoor posters, which were shot by Katharina Poblotzki. The7Stars handled the media. 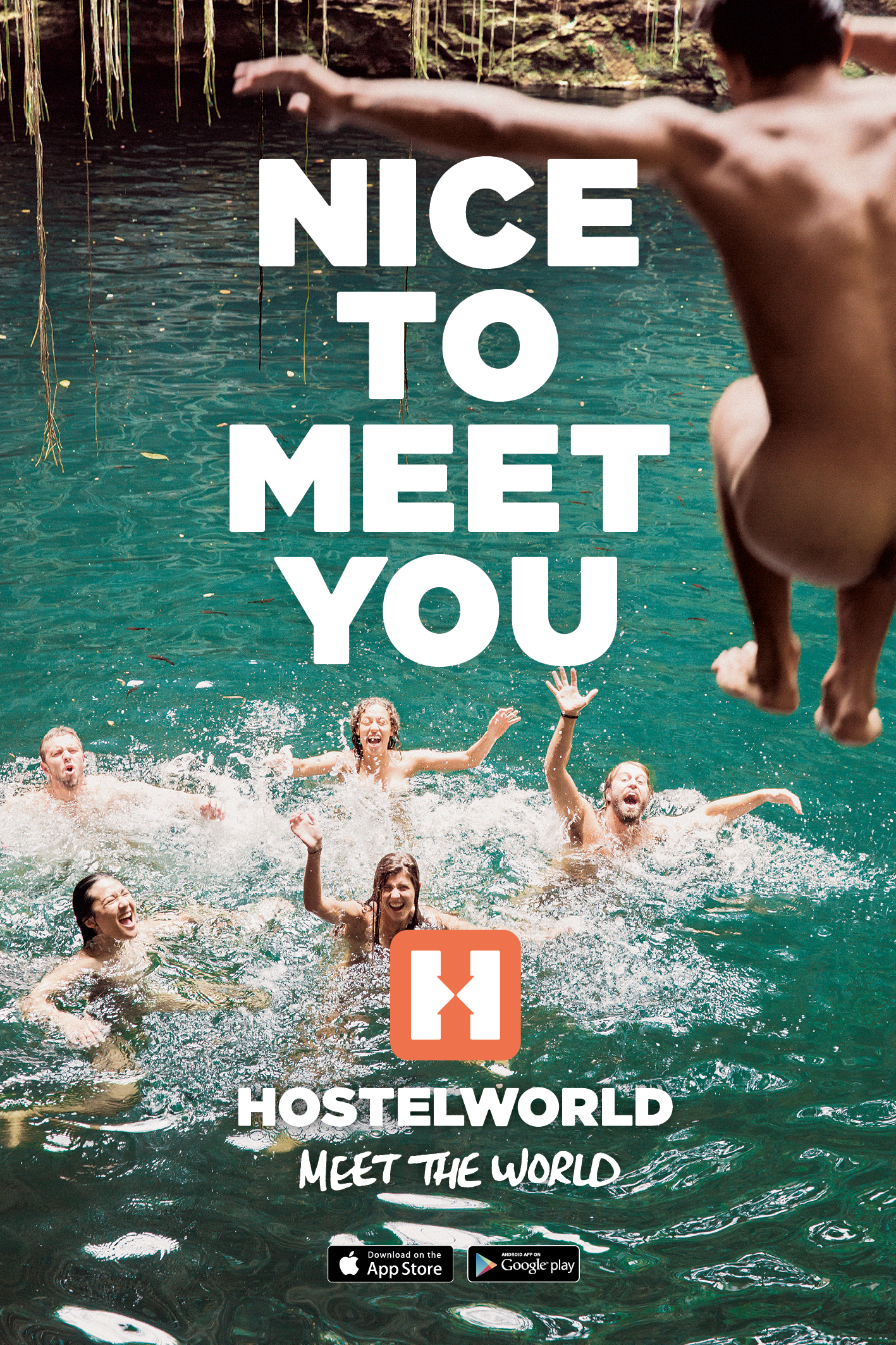 "This is reflected in our new ‘Meet the World’ advertising campaign, which features genuine travellers that are strangers upon meeting, sharing a once in a lifetime experience of skinny dipping.

"Needless to say, we had to work hard to convince media owners to run an advertising campaign featuring real travellers skinny dipping in front of the camera, but we believe it is a great expression of the spirit that great travel experiences starting in a hostel entail."

Lucky Generals won Hostelworld’s account in January. The Corner was the incumbent.

Hostelworld creates hostel out of sand