A hospitality sector already on its knees stands to suffer greatly under the government's planned restrictions on advertising of food and drink high in fat, salt and sugar, the CEO of trade body UK hospitality has said.

Speaking to Advertising Association CEO Stephen Woodford at Reset 2021, Kate Nicholls (pictured below) said that she was sceptical about whether the government is “really hearing and understanding” the hospitality sector during its current “crisis of survivability”.

“Covid-19 has absolutely devastated the hospitality sector,” Nicholls said, citing the sector’s 50-60% loss of sales last year as a result of the pandemic. 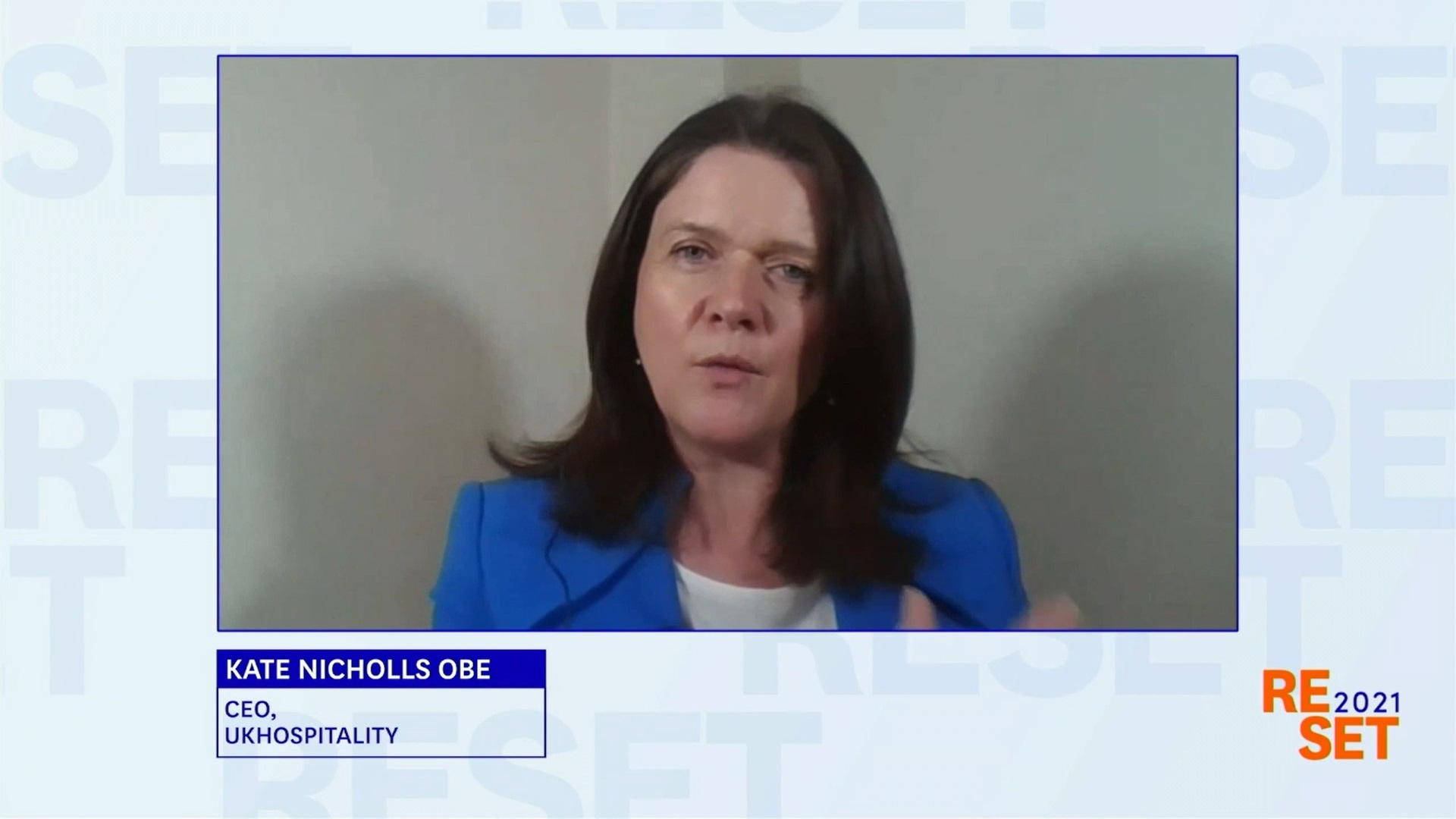 UK Hospitality represents over 700 companies and 65,000 venues in a sector that employed 2.9 million in the UK prior to the pandemic.

In November, ad industry trade associations warned that the proposed HFSS advertising ban was a "kick in the teeth" for UK advertisers, and has potential to do "untold harm" to the industry at an "economically precarious time".

The proposals include a pre-watershed ban on TV and online ads for HFSS products, while the government is also conidering a total online ban.

Nicholls’ criticism of the government’s approach took place immediately after a speech from Oliver Dowden, secretary of state for digital, culture, media and sport, in which he reiterated the government's commitment to the plans.

Nicholls said although hsopitality businesses have invested in social media to keep consumers interested during the current lockdowns across the UK, the new rules would mean they are unable to use pictures of foods like fish and chips, a burrata salad, a quiche “or even a cheese board” to promote their offerings, which is particularly detrimental for restaurants doing online delivery during the pandemic.

“it's just too complicated for them as SMEs to be able to work through what would and would not be allowed, so effectively you've just cut off that online communication and marketing channel,” she said.

She went on to discuss what she characterised as a lack of education about nutrition, as a result of home economics and catering nutrition being “stripped out” of the school curriculum. Opponents of the sort of restrictions planned by the government have long argued that rectifying this would have more impact on public health and obesity rates than ad bans.

"People don't learn about food and food science in the way that they used to when I was at school, which gives you a grounding of what you should be doing, what healthy eating looks like," she said.

"We don't educate and equip parents to be able to make informed decisions about cooking to help their their children's nutritional growth."

Woodford said that the government’s six week consultation process – which was described by Mars Wrigley, Britvic, Mondelez International and PepsiCo as "frankly astonishing" in November – was a “ridiculous imposition”, while the claimed impact of reducing children's calorie intake by just two a day is “utterly trivial outcome for so much economic damage”.

Nicholls argued that government support to get the hospitality sector on its feet - by extending business rates and VAT breaks - would pay dividends for other industries.

"We know that we've got that ability to recover and drive forward, the economy and the economic recovery generally, and more important we drag our supply chain with us," she said.

"And that's not just the food and drink suppliers, but it's all the manufacturing businesses, the supply chain and the professional services - brand marketeers, advertisers and agencies that work with hospitality."

Woodford, in turn, hailed advertising as the “key engine” in facilitating the hospitality sector’s recovery.

“Advertising serves every sector of the economy, so when one big significant part of the economy like hospitality is hit, the whole advertising industry is hit too,” he said.

HFSS ban given the green light – though loopholes exist

Mondelez, PepsiCo, Mars and more hit out at 'astonishing' timeframe for HFSS consultation

How the IPA plans to drive agencies' relevance and prosperity

Is there any merit in the government’s new crackdown on HFSS ads?