The company says the campaign, created by Fold7, is its biggest ever. It is also the agency’s first work for Hilton after winning the global business at the beginning of the year.

The ad begins with shot of people tapping their phones or clicking the mouse buttons on their computers to "(I Can’t Get No) Satisfaction" by the Rolling Stones as they trawl different booking websites.

A woman then jumps into a pool with the Hilton logo behind her, and a voiceover says, "Book direct at Hilton.com for the lowest price online." The film cuts to people enjoying their holidays.

It was created by Wayne Hanson, who handled art direction, and Jez Willy, who was in charge of copywriting. Nicolas Winding Refn directed the spot through Stink Productions.

The campaign will run across TV, print, digital media, cinema and out-of-home channels. Media planning and buying was handled by OMD LA.

The ad launches today in the US and UK and will be rolled out across the rest of Europe, the Middle East, Asia-Pacific, Latin America and Canada.

According to Geraldine Calpin, the chief marketing officer at Hilton Worldwide, "We wanted to create nothing less than a brilliant marketing campaign to show how much we value our HHonors members and needed an agency that is able to combine the personal touch and speed of a boutique agency with big, creative ideas. That's why we enlisted the help of Fold7 to help bring the campaign to life and encourage travellers to Stop Clicking Around." 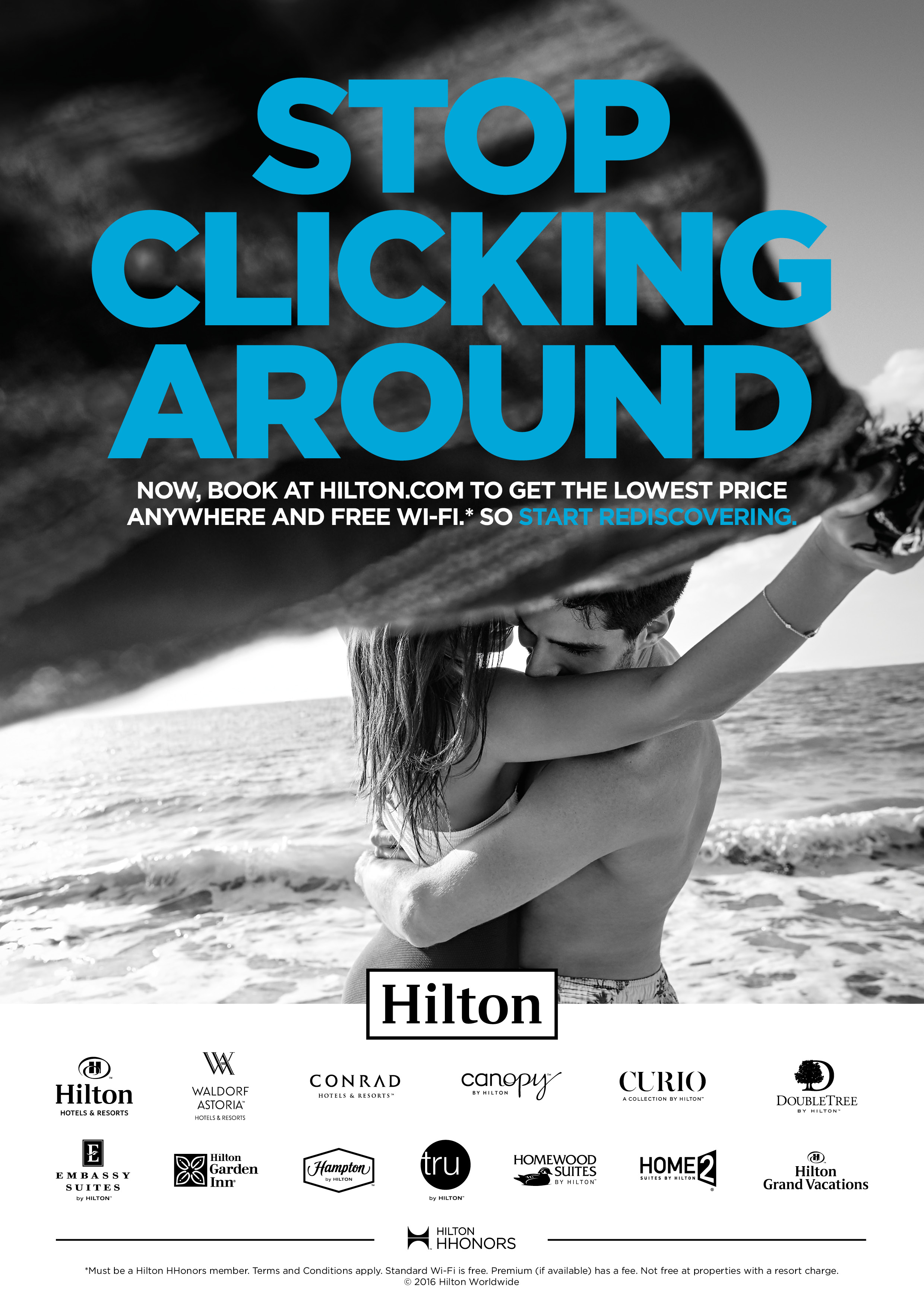 Fold7 CEO Marc Nohr said, "Hilton is synonymous with the very concept of hotels with a proud history of advertising, and we’re delighted to take the brand on the next stage of their growth journey."

The true magic of Disney isn't in the band

Sheraton ads criticize other hotels for advertising too much

The Hipster Hyatt: How hotel chains are retooling to lure Millennials