Each film a reinvention of a genre, each totally different yet brilliant, the famously obsessive director never strayed from his vision.

I saw 2001: A Space Odyssey when it came out. Having been brought up on 50s and early 60s sci-fi, it was unlike anything else I’d seen – it was full of jaw-dropping special effects and a plot I could make neither head nor tail of. The psychedelic sequence at the end was like what my mates and I were experimenting with on Hampstead Heath at the weekends, well away from the parents. So my juvenile take on Stanley Kubrick was reverential and rather shallow. Later, I realised that his approach to film was something to aspire to.

My sister went to school with his daughters. When I was about 14, I had a band – we could play two or three songs mostly made up of repetitive riffs. Through my sister, we were asked to play at Stanley’s daughter Anya’s birthday party in their Hertfordshire home. We were loud and terrible. I secretly hoped that the great man would come in and bop along to the cacophony. He didn’t show. Another time, my dad went to collect my sister from the Kubricks’ pile. As he pulled up, Stanley was cutting some roses in the border. He asked my dad if he was the chauffeur; my dad said no and asked him if he was the gardener. That is the extent of my personal contact with Stanley.

Subsequently becoming more interested in film, I got to know his work well. The Killing had a strong effect on me. Spartacus, Lolita, A Clockwork Orange and The Shining were all films I loved before I started directing. What most intrigued me about them was that they were all totally different and all brilliant. He didn’t repeat himself or make a bad film… ever.

Some critics may have issues with some bits of some work. If I had to have a question mark about any of his decisions, it might be the casting of Ryan O’Neal in Barry Lyndon – but who am I to say? The thing about Stanley’s films is that they are so him. He hated and was suspicious of the meddling of others, obsessed with doing every aspect of the movie his way – what he produced was idiosyncratically Stanley. Deeply frustrated by interference when he directed Spartacus, he produced all his later films himself – he didn’t want to answer to anyone. But even Spartacus is a great movie despite his rejection of it.

His method was to have the idea, get it right and then invent the film-making practices, effects and stylistic devices afterwards. Always subservient to the idea, not the other way around. This might mean devising new techniques, using a low-light lens developed for Nasa or chucking out anything extraneous such as the dialogue in 2001.

I’d love to say I’ve always done the same but, especially in my music-video days, I fell into the trap of discovering a new technique and coming up with an idea to fit it. A great story created with what might become obsolete techniques is far better than cutting-edge techniques with a contrived idea.

All of Stanley’s films seem to take a genre, pull it apart and reinvent it better than it has been done before. His surgical dissection of every aspect of the movie-making process was legendarily obsessive but all his films are genius probably because of that. 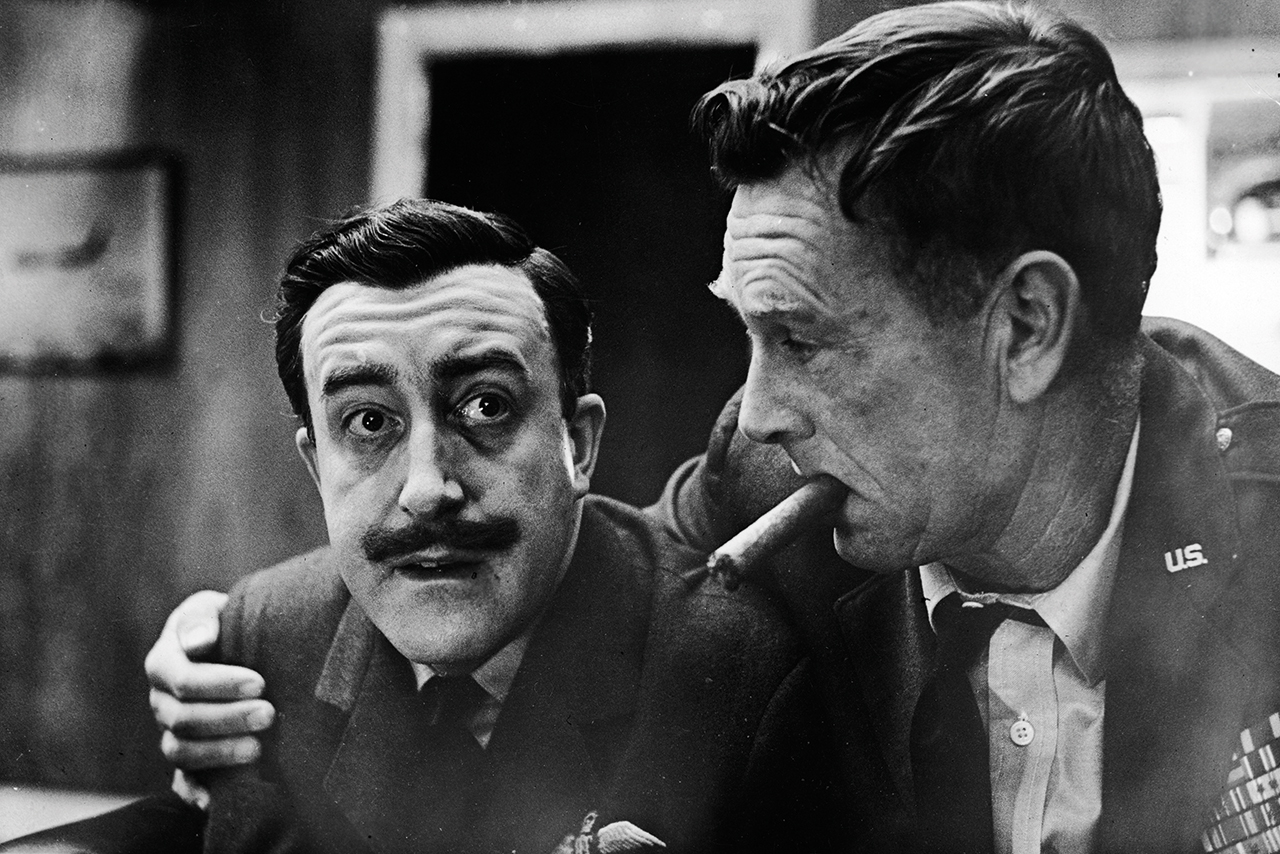 Dr Strangelove: ‘There isn’t a dull, hilarious moment that doesn’t chill the soul’

My favourite is Dr Strangelove, created in a time of naked paranoia over the nuclear arms race. Stanley decided to make a comedy, co-writing the screenplay with Terry Southern (another hero). Sidney Lumet’s Failsafe was based on a similar idea – good but earnest and somehow less frightening because of it. Dr Strangelove has performances by Peter Sellers in various roles – all screen gold. There isn’t a dull, hilarious moment that doesn’t chill the soul with its plausibility.

In this time of testing and research, asking 20 herberts in a room if they like an idea before it’s even made, I envy Stanley’s intransigence, his auteur nature. A single vision without dilution, even if it has the odd flaw. It’s unique. He used the counter-intuitive and was experimental and mould-breaking. Have I lived up to his example? No, but I’m no Stanley Kubrick – only Stanley was.

Daniel Kleinman is a director and co-founder of Rattling Stick