Teacher of love, saver of lives, entertainer of masses... Is it any wonder that Peter Souter looks up helplessly, hopelessly to his fellow screenwriter?

So. How are you today? Feeling pretty good about yourself, I hope. Do you feel like things are basically going OK in your life? That you are achieving some things? That you are basically a good person? Well, of course, all that stuff is relative, isn’t it? Depends on who you compare yourself to. This is how I’ve pretty much ruined my life: I’ve chosen Richard Curtis as my lifelong hero. And that’s why I spend a fair amount of time feeling like a pathetic, underachieving, self-centred Nazi.

You see, I have not raised £1 billion for the world’s poor (yes, that was billion with a "b", not million with an "m"). Nor have my movies earned $3 billion at the box office. (Again with the "b".) I didn’t write Blackadder. Or Dibley. Or Four Weddings. Or Notting Hill. Or Love Actually (pictured, below). I’ve never teased career-best performances out of Julia Roberts, Andie MacDowell or Keira Knightley. Nor made stars of Hugh Grant, Rowan Atkinson or Bill Nighy. I didn’t found Comic Relief or Make Poverty History. I didn’t persuade a G8 meeting to pledge extra billions to fight poverty, inequality and disease. (And, yes, that was another "b" for billion.) The screenwriting god Bill Goldman has never declared any of my scripts "one of the two best this decade" (Notting Hill, if you are wondering). 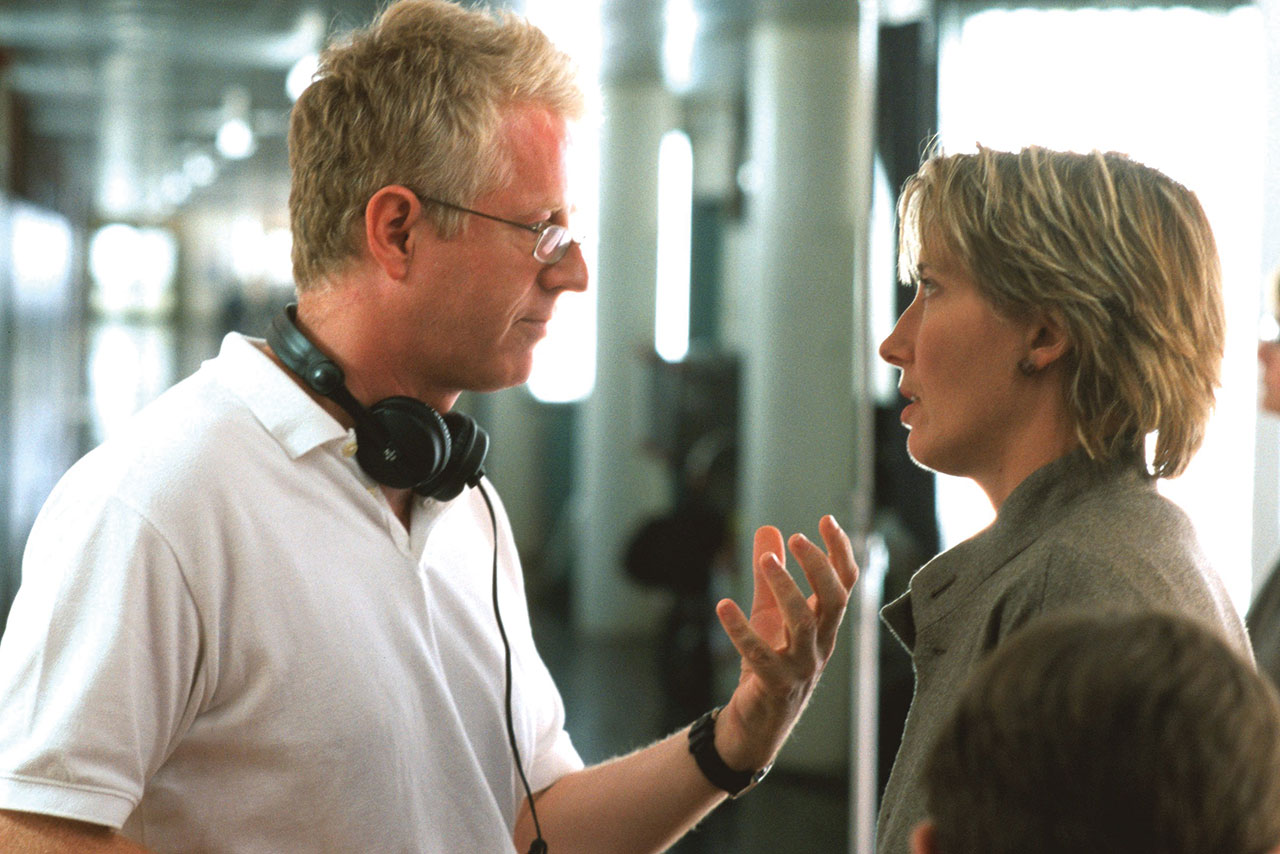 Feeling just a little bit crap now, at all? Welcome to my world.

They say you should never meet your heroes. And they are absolutely right. I met mine and have spent most of the 20 years since regretting it deeply. He’s a nightmare. He’s kind and funny and thoughtful and so brilliantly clever that a little Oompa-Loompa has to scurry along behind him with half his brains in a wheelbarrow because no human skull can comfortably contain an intellect that size. He has a beautiful, sweet-natured, fiercely intelligent and talented girlfriend. And together they have made four beautiful, sweet-natured, fiercely intelligent and talented kids.

He dedicates six months of his life every second year to Comic Relief, going into the BBC in October and essentially not coming out again until it’s all done the following March. Do you shout at aggressive green-tin-wavers in Hampstead High Street? Cos I do. But Richard gives away 25 per cent of his working life to stop people dying of horrible stuff. More than that if you count the political campaigns he supports.

A quick Make Poverty History campaign story: When he first talked to Tony Blair about what could be achieved at the 2005 G8, Wendi-Deng’s-close-personal-friend said he could maaaaybe get the rich nations to agree an extra £100 million for poverty prevention (that’s million with a bog-standard "m"). Richard was typically courteous to The Great Disappointment. But he didn’t accept that’s all that could be done. So he formed a pressure group. Got some people to help out. Bought a brilliant strategy from the peerless Bridget Angear, an unforgettable name from the peerlessly peerless Mary Wear, then got the not-bad Nelson Mandela to say Make Poverty History in Trafalgar Square. Next, with a little help from whiffy Bob Geldof, he persuaded every major singer in the world to take part in Live 8. And turned Blair’s poxy $100 million into $50-fuckin’-billion in additional G8 aid pledges (ms and bs correctly ascribed).

And that’s just his hobby. His day job is to be Love’s personal biographer. It has become a bit fashionable to look down on Richard’s films. God knows why. He is the most successful screenwriter for bums on seats this country has ever produced, by a country mile. People go to his films because he understands that love is all that actually matters. Leonardo can eat all the raw buffalo livers he likes. But that’s not what life is. The purpose of life is to love someone else. Your girl or your kid or your mum. The who is not the point. Only the how. Richard’s films teach us how to properly love other people.

If you’ve never seen About Time, watch it tonight. And when you are done, phone your dad while you still can.